“They are common stories these days.  I even heard that the demon living here in Rashomon fled in fear of the ferocity of man.”

It is somewhat frightening to think that Rashomon nearly did not secure a release.  The studio involved did not like the final product, but nearly everyone else did, particularly the Western critics.

Showered with the Golden Lion from Venice, and a belated Academy Award for Best Foreign Language Feature, such was Rashomon's impact in 1950 that it heralded not just the international recognition of the massive talent that was Akira Kurosawa, but officially ushered in the rise of Japanese cinema, shining the spotlight on filmmakers like Yasujiro Ozu, Kon Ichikawa, Masaki Kobayashi, even the veteran Kenji Mizoguchi, and many others.

It also changed our perception of film art, of style and narrative structure.  In some way, it had a similar impact, perhaps even greater, to Antonioni's game-changing L'Avventura (1960).

Rashomon runs at a modest 88 minutes, but it packs a lot in that time.  Exploring themes such as Man's greed, selfishness and lust, alongside his inability to articulate the truth, and how obscure truth really is, Kurosawa's film revolves around four key eyewitnesses to a heinous crime, all giving entirely different accounts of the event.

Who is telling the truth?  No one knows, not even Kurosawa himself.  There is no convincing answer, but that is not what Rashomon is driving at.  It does not wish to seek clarity through resolution; rather it is concerned with the complexity of Man's inner makeup, his mystery, and ultimately his very own enigma.

Rashomon, the half-wrecked gate sheltering the characters from the seemingly eternal rain, becomes the site where Man meets his enigmatic double, and has his faith in humanity questioned.

Through the lens of legendary cinematographer Kazuo Miyagawa, who with Rashomon became the first person to point the camera at the sun, and Kurosawa's creative direction and clever use of the flashback technique, the film captures vividly the elements of nature, of sunlight, rain, shade, the thick woods etc., thus evoking unique time settings of past and present, of stark reality and multifarious memories.

The cast give mesmerizing displays, especially Toshiro Mifune and Machiko Kyo, who carry forth a balance of viciousness and sympathy. The use of clever flashbacks by Kurosawa, and the courthouse sequences in which we do not hear the judge speak become innovative film techniques.

This experimental narrative, if you will, by Kurosawa is a must-see work of Japanese cinema.  It is an influential masterpiece that is timelessly challenging, philosophical, and ultimately highly rewarding.

Verdict:  The film that launched Japanese cinema into serious international reckoning, and quite simply one of Kurosawa’s very best. 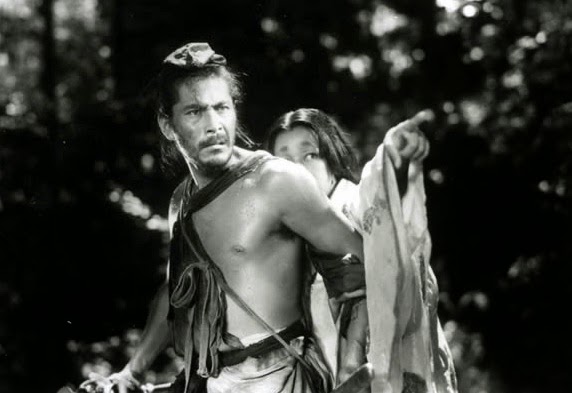 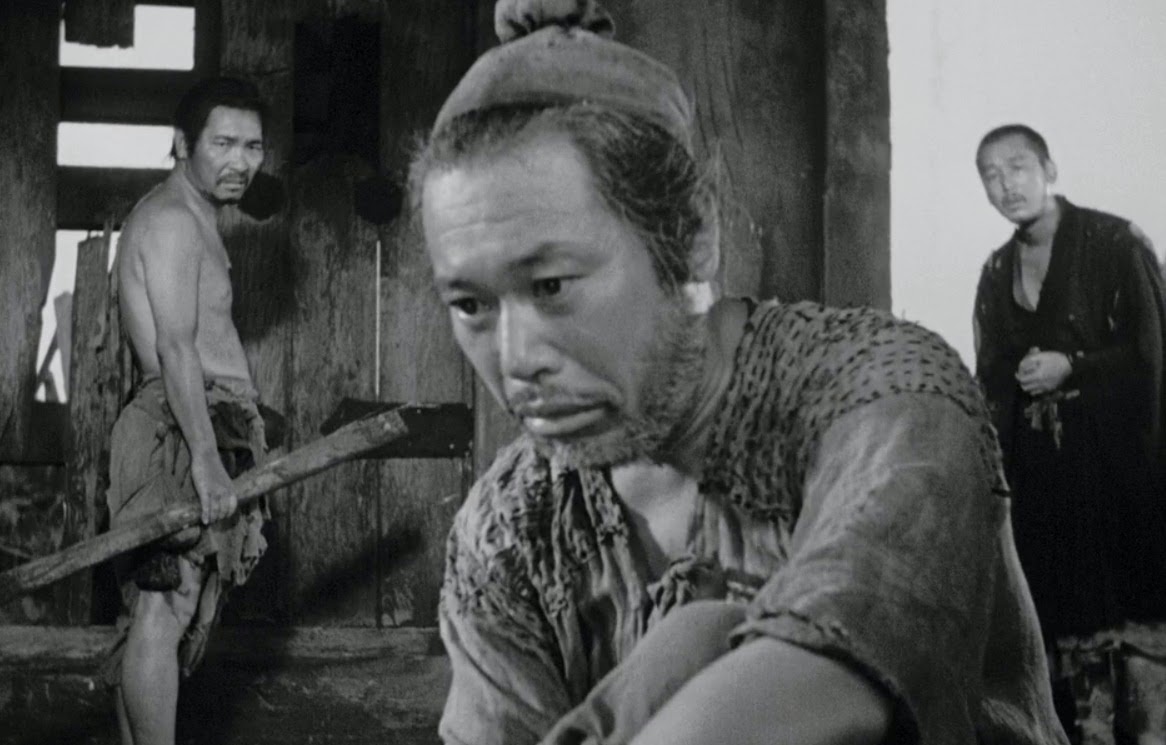 daniel said…
The camera was positioned that way to indicate that we, the audience are the judges and it is up to us to decide whose story we want to believe. I like how the story was retold and interpreted on 3 levels. First, the bandit and the mistress recall the incident. Then, the story is retold by the woodcutter and the priest at the gate. Lastly, we get to interpret what the woodcutter tells us.


Praises aside, however, i was disappointed with this film and its take on the obscurity of truth. I know this is your 3rd favourite Kurosawa. It had an interesting story and certainly breathtaking camerawork, but the acting was over-the-top and overkill at times. They were yelling at the top of their voices most of the time, and it felt like a bad soap opera. Kurosawa should have opted for more subtle performances from his actors.

And then the terrible, terrible ending; the baby scene. What the hell? Deux ex machina, anyone? Why end with an upbeat ending when the film is about how men are inherent liars ...
June 8, 2011 at 3:35 PM

Eternality Tan said…
Correct me if I am wrong, but I think it's my 4th favorite after SEVEN SAMURAI, RAN, and THE HIDDEN FORTRESS.

Yes I agree it was an influential masterwork by a master director. I actually enjoyed the exaggerated acting, which I remembered reading was a hallmark of the Japanese Kabuki theater that Kurosawa wanted to depict.

I thought the "baby scene" at the end was sublime! It showed that even when Man can stoop so low as to lie in the face of truth, an innocent baby promises a glimpse of hope that could one day redeem Man.

daniel said…
:) Anyway, Kurosawa is my 2nd favourite Japanese director (you know the no. 1) I've seen Rashomon a year ago, so i might be giving it another try.

I don't know why but I thought IKIRU is severely overrated. That was my first impression. I am going to relook it again when I have the time. :/
June 8, 2011 at 4:13 PM

daniel said…
Truth is obscured by rose-tinted glasses, but should pure passions be considered as truths?
September 14, 2014 at 1:44 PM