Pirates of the Caribbean: On Stranger Tides (2011) 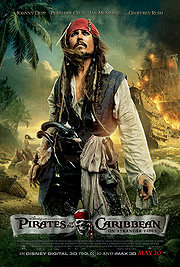 Director: Rob Marshall
Cast: Johnny Depp, Penélope Cruz, Ian McShane, Geoffrey Rush
Plot: Jack Sparrow and Barbossa embark on a quest to find the elusive fountain of youth, only to discover that Blackbeard and his daughter are after it too.

IN RETROSPECT
Rob Marshall, the director of Memoirs of a Geisha (2005), Nine (2009), and most famously, the Oscar-winning Chicago (2002), takes over the directorial duties of Gore Verbinski in this fourth installment of the wildly popular Pirates of the Caribbean series. Some of the principle cast return with the addition of a new face, that of sultry Spanish actress Penelope Cruz, in this “more of the same” picture that will please fans who seek familiarity, but frustrate those who think that enough is enough.

On Stranger Tides, as it is titled, follows Johnny Depp who reprises his colorful role as Jack Sparrow on a journey to find the mythical fountain of youth. Not surprisingly, a host of other characters, namely Barbossa (Geoffrey Rush) and villain Blackbeard (Ian McShane) are also after its magical healing powers. The adventure also sees Jack hooking up with old flame Angelica (Cruz) again as he becomes a pawn in a not so elaborate game to see who reaches the fountain of youth first.

Slavishly sticking to the style and conventions of its prequels, On Stranger Tides is no breakthrough despite the change of director. For a start though, Marshall’s film is a full half-hour shorter than its direct prequel At World’s End (2007), and this works in favor of the attempt to sustain the viewer’s interest while still retaining the sense of epicness associated with the series, which more or less is due in part to Hans Zimmer’s rousing score.

The action sequences are ordinary and not as exciting as expected, though a key act past the hour mark involving mermaids is at the very least interesting. The notion that mermaids are pretty girls with scales and fish tails who live under the sea is debunked in this film. Here they are seductive versions of human piranhas, desperate to lure men to their doom. One of them, named Syrena, is captured by Blackbeard’s men because of a plot device, but is saved by a priest called Philip. Their relationship is surprisingly touching and well-developed despite it being a minor “romantic” subplot.

On Stranger Tides is an above average summer blockbuster that is still watchable. Depp, as always, pulls us into the picture with a consistently hypnotic performance, though it must be said that the chemistry between him and Cruz is less sizzling than we would like it to be. The decision to offload key but tiresome characters from the prequels as played by Orlando Bloom and Keira Knightley gives the franchise a much needed facelift. In a nutshell, On Stranger Tides is one of those Hollywood movies that is not exactly bad, neither is it something that warrants a second look. 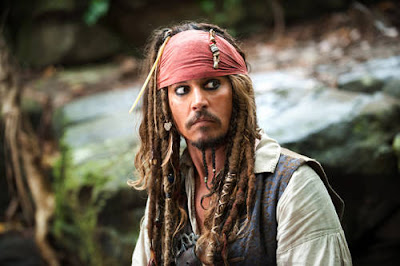 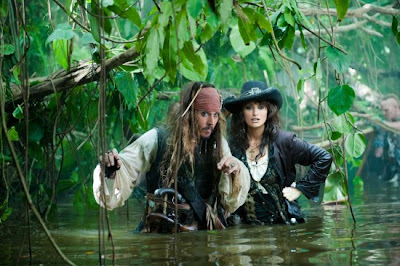