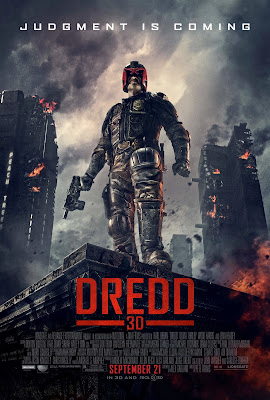 THE SCOOP
Director:  Pete Travis
Cast:  Karl Urban, Olivia Thirlby, Lena Headey
Plot:  In a violent, futuristic city where the police have the authority to act as judge, jury and executioner, a cop teams with a trainee to take down a gang that deals the reality-altering drug, SLO-MO.

“Negotiation's over.  Sentence is death.”

The body armour and helmet were last worn by Sylvester Stallone.  17 years later, Karl Urban dons the full body suit and emerges as a far more advanced (super)hero with the same name - Dredd.  Like Robocop, his cinematic brother, he is an ordinary guy with high-tech weaponry, maiming or killing criminals in the name of law.  But unlike Mr Robo, Dredd is the law.  He is Judge Dredd, and as its movie poster warns, judgment is coming!

Dredd is not as cheesy as it sounds.  This sci-fi actioner, helmed by director Pete Travis (Vantage Point, 2008) is a relatively solid film that is viscerally entertaining and succeeds in giving the kind of bombastic feel that most PG-rated blockbusters lack.  This is a very violent film with imagery that can be disturbing.  Still, it is done in a stylized way, but that doesn't mean its visual impact is diluted.

Remember The Raid: Redemption (2012), the pulsating action film that saw an entire SWAT team infiltrate a high-rise building housing a notorious crime lord?  Dredd's plot follows somewhat loosely, with Dredd and his rookie, Anderson (Olivia Thirlby), a pretty blonde who has psychic powers, attempting to take down a drug lord named Ma-Ma (Lena Headey), who tortures her prisoners in the most cruel of ways.

While we don't see the actual face of Urban, his character is somewhat well-written by Alex Garland (28 Days Later, 2002; Sunshine, 2007).  The focus is not on his origin story, but his idealist philosophy towards law and justice.  He is morally incorruptible, but does that mean he is incapable of human fallibility?  Beneath the seemingly robotic wardrobe lies someone with the capacity to not only defend and uphold the law, but to think and make split-second decisions rationally, even if the decisions are debatable.

Travis' film is well-paced, running at a compact 95 minutes, with its visual style and soundscape the most impressive aspects.  The use of ultra slow-motion is not excessive, but motivated by plot elements.  Its sound design, heavily electronic, includes the thumping, rhythm-dominating score by Paul Leonard-Morgan, giving a mixed sense of otherworldliness and dystopic industrialism.  As a sci-fi action film, Dredd is not just mere imitation, but something that can be potentially fascinating and exciting.  I would like to see a sequel. 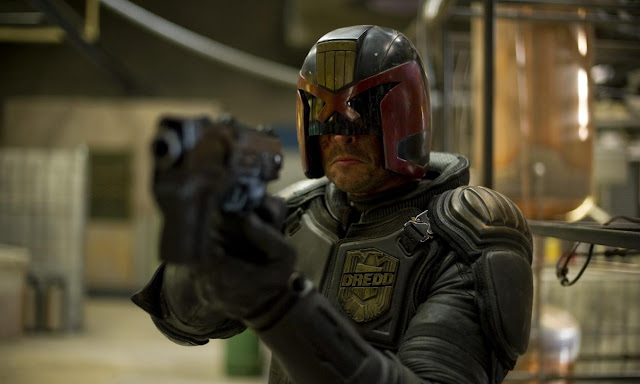 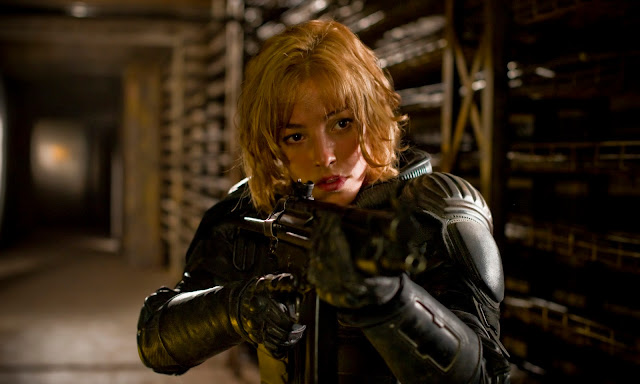