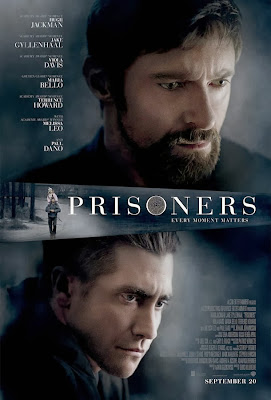 Prisoners is not your set-in-prison movie like Cell 211 (2009) or The Green Mile (1999), but something else entirely.  There are no inmates in this film, unless we consider ourselves as prisoners of our own circumstance – which is the message of this well-crafted mystery-thriller directed by Denis Villeneuve who did the critically-acclaimed Incendies (2010).

Somewhat similar to films like Bong Joon-ho's Memories of Murder (2003) and David Fincher's Zodiac (2007) in terms of tone and worldview, Prisoners is however different in an obvious way:  it is not a pure investigative procedural even though it feels like one.  The focus  instead is on the symbiotic relationship between the investigator and the investigated, with the line between both roles blurred by circumstance and character motivation.

This is why Prisoners is such a fascinating film.  If you look at it from more than a genre standpoint, it becomes a complex take on intertwining fates and consequences.  It is still pretty accessible to the mainstream audience, though they might find the slow pacing a sore point, especially with the film running more than 150 minutes.

But if you are willing to be sucked into its world (and mind you it's easier than you think because of its twisting and involving narrative), you will be amply rewarded for your patience.  I wouldn’t take out any scene, or give it a tighter edit;  it is deliberately paced, because any faster and it will lose its haunting quality.

Starring an ensemble cast with a towering performance from Hugh Jackman (hopefully he gets a consecutive Oscar nomination for Leading Actor after the high of Les Miserables (2012)), Villeneuve's work is driven primarily by his strong cast which includes Jake Gyllenhaal, Terrence Howard, Viola Davis, Maria Bello, Melissa Leo and Paul Dano, built upon his assured direction of a brilliant screenplay by Aaron Guzikowski (Contraband, 2012).

What is most impressive, however, is Roger Deakins’ evocative cinematography, which brings Prisoners to another level, both visually and emotionally.  The moody atmosphere, of rain, winter and cold nights, is aesthetically accomplished with sweeping shots of the bleak suburban town and camerawork that injects a palpable sense of uncertainty.

Villeneuve continues to shine as a filmmaker, and Prisoners shows him coming into his own as a storyteller with an eye for human stories that are complicated by themes of obsession, morality, faith and the desire for closure.  Also, knock yourself out with one of the most powerful endings of any film in recent years.

Verdict:  Denis Villeneuve's assured direction and Roger Deakins' evocative cinematography elevates this seemingly generic suburban mystery-thriller into something that will shock and haunt you. 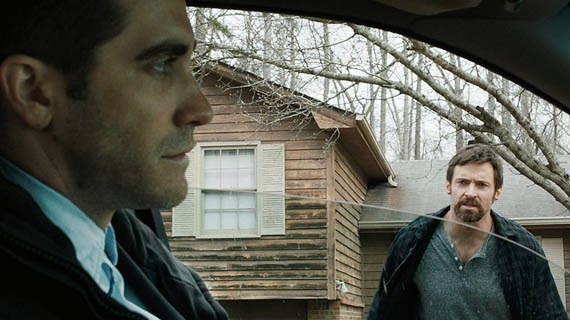