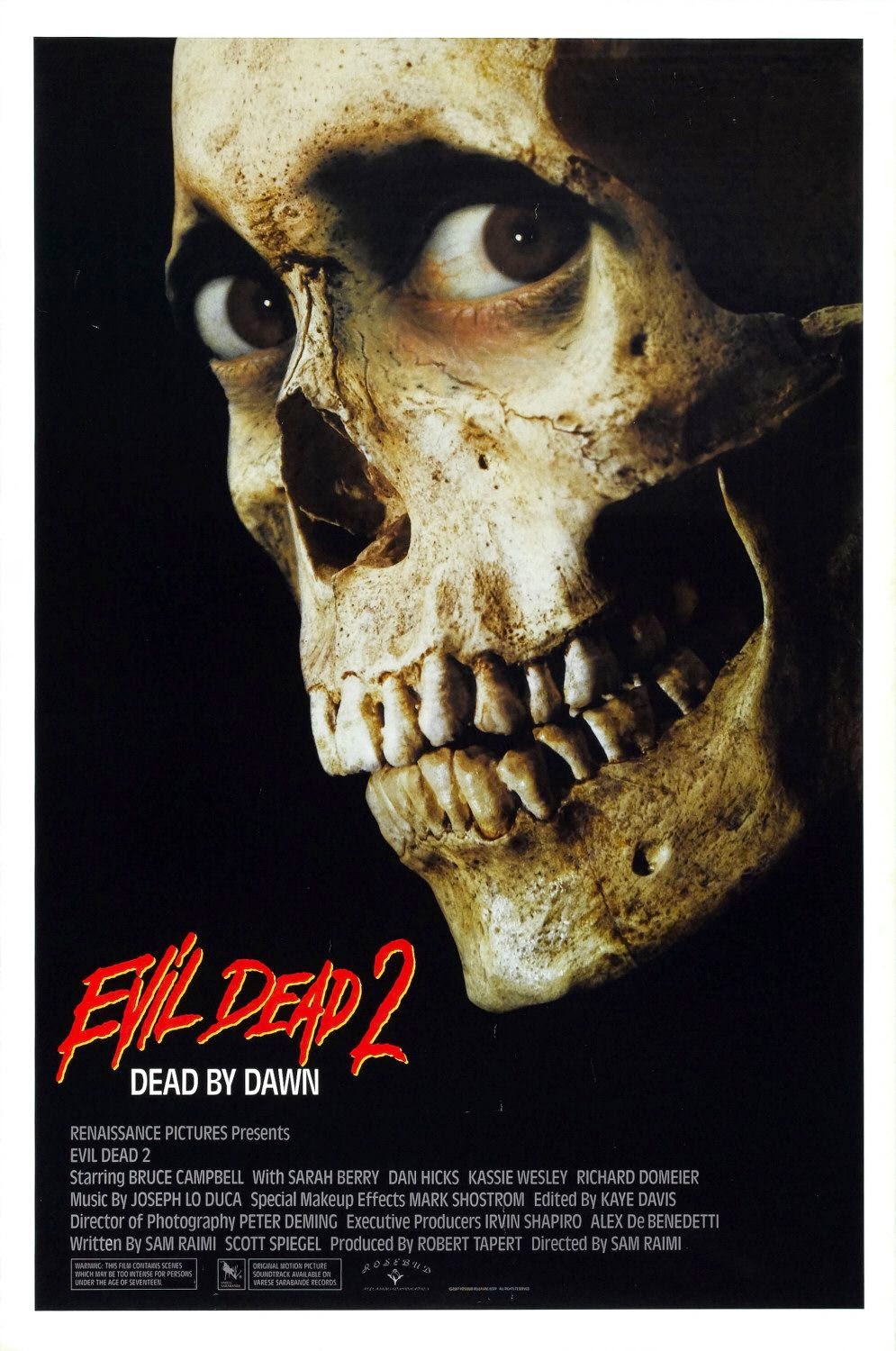 THE SCOOP
Director:  Sam Raimi
Cast:  Bruce Campbell, Sarah Berry, Dan Hicks
Plot:  The lone survivor of an onslaught of flesh-possessing spirits holds up in a cabin with a group of strangers while the demons continue their attack.

I may be one of the rare few who thinks that Evil Dead II: Dead by Dawn is incomparable to the original The Evil Dead (1981).  Often regarded by horror or splatter film fans as an equal or even superior to the 1981 picture, the second installment somehow did not leave me raving about it, despite being a more competently made movie with a bigger budget.  Unfortunately, it is less solid.

Competency and solidness are usually not mutually exclusive, but in this case, they are.  Perhaps I couldn’t get past the fact that the second film is actually less hilarious and scary, even if it has tried, unsuccessfully if I may add, to upstage the original in both quarters.  This is just a personal opinion, a different one from the crowd.

Evil Dead II: Dead by Dawn is both a sequel and a remake.  Some may argue that it is more sequel than remake, or vice versa, but what is certain is that it is a fun outing… maybe way too fun?  Director Sam Raimi and his courageous crew and cast pull off creative tricks and truly impressive technical feats in the film.  The trademark dizzying tracking shots through the woods are synonymous with the movie series, so are the sound effects that range from sudden shocks (plenty to keep you occupied) to muffled ghoul calls.

Bruce Campbell, the star of the first one, cements his reputation as the subgenre’s king of groove here, though while he is likable in spades, I thought he sometimes parodies his own character too much.  I must admit in some instances he doesn’t really play Ash, but rather play Bruce playing Ash.

The first one was set up nicely.  We get to know the characters, and the environment reeks of impending doom and terror.  Here the setup is too quick and the characters feel more disposable.  The violence and gore is also somewhat tamed down.  There is lesser splatter and fewer disturbing shots of dismemberment – scenes that made the 1981 such a cult hit.

Raimi however adds more comedy like a possessed woman dancing in stop-motion, and Ash trying to cope with his possessed hand.  These scenes are funny, but after a certain point, you want funny to stop.  It doesn't.  Evil Dead II: Dead by Dawn is ultimately the more 'enjoyable' picture, but it really depends whether that resonates with you.  I want my chilling atmosphere and gruelling horror.

Verdict:  A fun outing, perhaps a reason for its downfall in this sequel-remake of Raimi’s own, and considerably far more solid 1981 original. 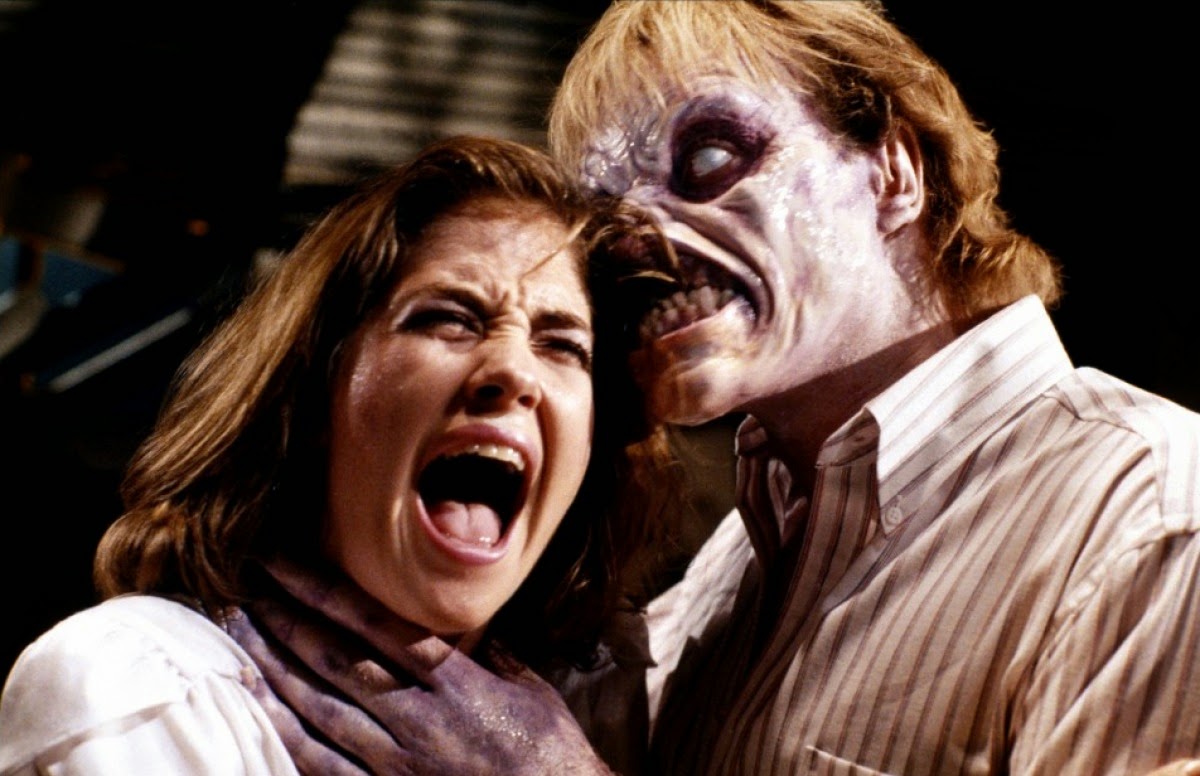