THE SCOOP
Director:  Alfred Hitchcock
Cast:  Robert Donat, Madeleine Carroll, Lucie Mannheim
Plot:  A man in London tries to help a counterespionage agent.  But when the agent is killed and the man stands accused, he must go on the run to both save himself and also stop a spy ring which is trying to steal top secret information.

“There are twenty million women in this island and I've got to be chained to you.”

I couldn't sit through this film without shifting around in my couch.  Half the time I willed myself to stay engaged, to be excited about what was transpiring on screen.  But I failed, or was it Alfred Hitchcock who failed?

The 39 Steps, far from being the first well-known Hitchcock feature (I think that would be The Man Who Knew Too Much (1934)), but often regarded as the first true Hitchcockian picture in the auteuristic and stylistic sense, is a troubling experience for me.

As a huge admirer of his works, including North by Northwest (1959) whose structural and thematic template mirrors closely to this, I find it hard to reconcile with my muted feelings toward a film that has been understood to have laid foundations for Hitchcock's later films.

The 39 Steps follows a man caught in a dilemma – he is accused of murder, but while authorities chase him, he must also give chase to clear his name.  It is a chase for truth, for justice.  There is also a mystery element, and as far as spy thrillers are concerned, the scenarios portrayed here are no different to, for example, a James Bond flick, except that there's a MacGuffin (something that was popularly birthed from Hitchcock) involved.

The 'wrong man' mode of narrative address has been the raison d’être of many thrillers, contemporary or otherwise.  Hitchcock did it better than most, and with films such as North by Northwest and The Wrong Man (1956) functioning as staples of the subgenre, there must be some historical merit to The 39 Steps.

As a key work of Hitchcock during his early British years, The 39 Steps is very unexpectedly dull.  It feels dated.  I would even go to the extent of calling it a true disappointment.  There have been films made in the 1930s that were far more entertaining, the works of Charles Chaplin and Fritz Lang, for example.

However, one can appreciate the legacy of the Hitchcockian style, not in terms of suspense (The 39 Steps is far from being a tense affair), but the use of setting.  In an emblematic scene, Hannay, the protagonist, finds a woman handcuffed to him as they escape the police across the Scottish moors.  The precise shots foreshadow Cary Grant and Eva Marie Saint at Mount Rushmore in North by Northwest.

Whatever, this is boring.

Verdict:  Dated and unexpectedly dull, this early Hitchcock effort is a true disappointment. 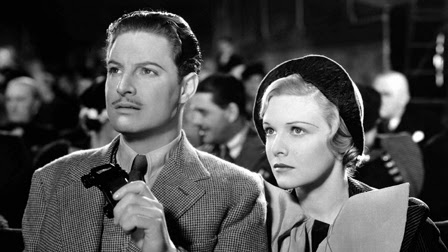 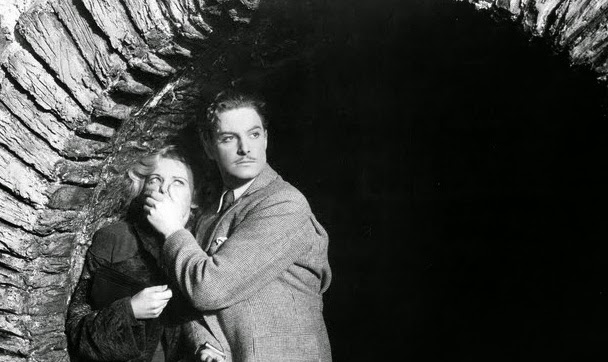