THE SCOOP
Director:  Michelangelo Antonioni
Cast:  Gabriele Ferzetti, Monica Vitti, Lea Massar
Plot:  A woman disappears during a Mediterranean boating trip.  But during the search, her lover and her best friend become attracted to each other.

“Believe me Anna, words are becoming less and less necessary; they create misunderstandings.”

I have long heard of this masterwork of Michelangelo Antonioni.  I'm glad to have finally seen it.  Not only does it meet expectations of a milestone European art film, it has continued to haunt me for days.  Tied with Kon Ichikawa's Odd Obsession (1959) for the Jury Prize at Cannes, L'Avventura ought to have nabbed the Palme d'Or, which went to Fellini’s La Dolce Vita (1960), which I thought was overrated.

Strange timing as it is, I coincidentally caught both Odd Obsession and L’Avventura in a space of a couple of days, and my view is that the unique existential power of Antonioni's work here far exceeds the storytelling nous of Ichikawa's semi-erotic piece.  L'Avventura in some way recalls the works of Andrei Tarkovsky, dealing with the abstract, the poetic, and what I would describe as the stream of our being.

Any remnants of plot are reduced to the following:  A woman called Anna (Lea Massari) mysteriously disappears on a rocky island during a boating trip.  Her best friend Claudia (Monica Vitti) and Anna's boyfriend Sandro (Gabriele Ferzetti) then roam around Italy trying to search for her.  Is Anna dead?  Did she leave for somewhere?  Where is her trace?

Antonioni gives us no answers, offers us no clues, and by toying with spatial and temporal elements, fashions a film that continues to be a landmark work – one that attempts to grasp at meaning in a world seemingly without one.  The search for truth, not of Anna, but of why and what we exist for is Antonioni's ultimate aim.  It is a futile aim, but his futility is his success.

L'Avventura, at more than two hours long is an experience, but not necessarily a tepid one.  It is slow, there are long takes, still shots, sparse dialogue, inconsequential action, yet the beauty (or tragedy) of Antonioni's film is encapsulated by its free-spirited evocation of life's mundaneness.  It is not boring because it is an enigmatic film.

In their search for Anna, Claudia and Sandro fall in love.  Is it moral?  Is it an act of betrayal?  Is it even love?  Maybe it is to find personal closure, or is it collective closure?  Perhaps there is nothing better for them to do.  Through spellbinding shots of the natural landscape, of old architecture, and of the two wandering souls, Antonioni poses the question of the Moment, a speck of time and space marked by loneliness.

How do we escape the Moment, when loneliness is eternal?  Through cinema, Antonioni captures this brilliantly.  He shows us the stream of our being – boundless, rootless, momentary and infinitesimal.  If anything, L'Avventura forecasts our doom.

Verdict:  A milestone in European art cinema, and an intentionally futile exercise in finding meaning in our seemingly meaningless existence. 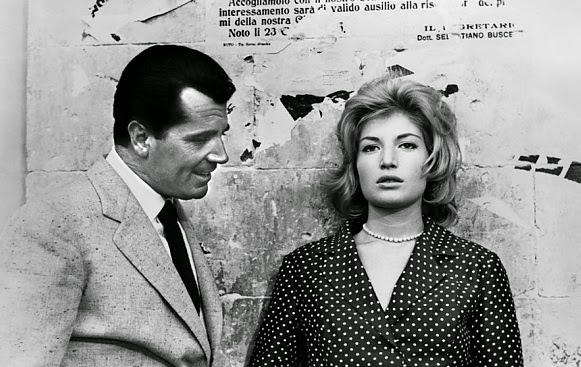 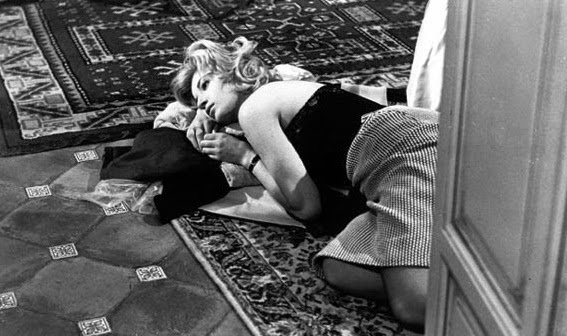