IN RETROSPECT (Spoilers: NO)
“When the money's up, I'm just as good as any of you.”

Crushed by big-budgeted sci-fi movies in Lucas' Star Wars and Spielberg's Close Encounters of the Third Kind, Sorcerer finds no solace and space in the energized, changing Hollywood market of 1977.  Recently restored from its varying butchered editions, William Friedkin's haunting piece is deserving of a re-appreciation.  It ought to be re-appreciated not because it is an outstanding movie (it isn't), but rather as a passionate, personal creation, borne through untold amounts of sweat and blood.

Sorcerer's troubled production, ballooning budget and unwell cast and crew is nothing like the physical hell of Coppola's Apocalypse Now (1979) that was released two years later, but remains the kind of film that could only possibly be done by a filmmaker singularly fixated on achieving an obsession of ambition, no matter what it takes.

As I watched Sorcerer, I was reminded of Herzog's miraculous feat that was Fitzcarraldo (1982), about a man who tries to haul an enormous river boat across a small mountain.  There were no special effects, and everything was done for real and to scale.  Friedkin shows ample shades of a fearless Herzog in Sorcerer, an adaptation of Georges Arnaud’s novel that was previously made by Clouzot called The Wages of Fear (1953).

Friedkin has repeatedly stressed that Sorcerer is a re-interpretation of the book, rather than a remake of the original French masterpiece.  Not that it matters, because it is only natural to compare both movies.  There's no doubt that Clouzot's film is far more superior in areas of storytelling, character development and suspense, but Sorcerer despite its flaws contains some of the most relentless and intense scenes in American cinema.

It is at its most nail-biting during the two famous bridge-crossing sequences, where the trucks have to cross a river via a swaying wooden bridge in torrential rain.  Through the use of vivid sounds and a stupendous commitment to realism, Friedkin depicts an almost otherworldly scenario right deep in the heart of a hostile South American jungle.

The premise is simple: four men volunteer as truck drivers to transport six motion-sensitive nitro-explosives across 218 miles of inhospitable terrain so that those in need could blow up a fiery, out-of-control oil well.  In return, they get paid highly, or as aptly titled the book was, the wages of fear.

Yet structurally, the film unnecessarily begins with a few of these characters separately in Paris, New Jersey and Israel.  It is a lethargic start, and doesn't quite make us empathize with the characters any more than if they first appeared where the actual story begins.  While the pacing builds up more consistently when the trucks start moving, one can’t help but feel that Sorcerer could have benefitted without the first half-hour or so.

I suggest you see The Wages of Fear first if you haven’t, then if you like, go see Sorcerer.

Verdict:  Pales in comparison to Clouzot’s masterpiece, yet containing some of the most relentless and intense scenes in American cinema. 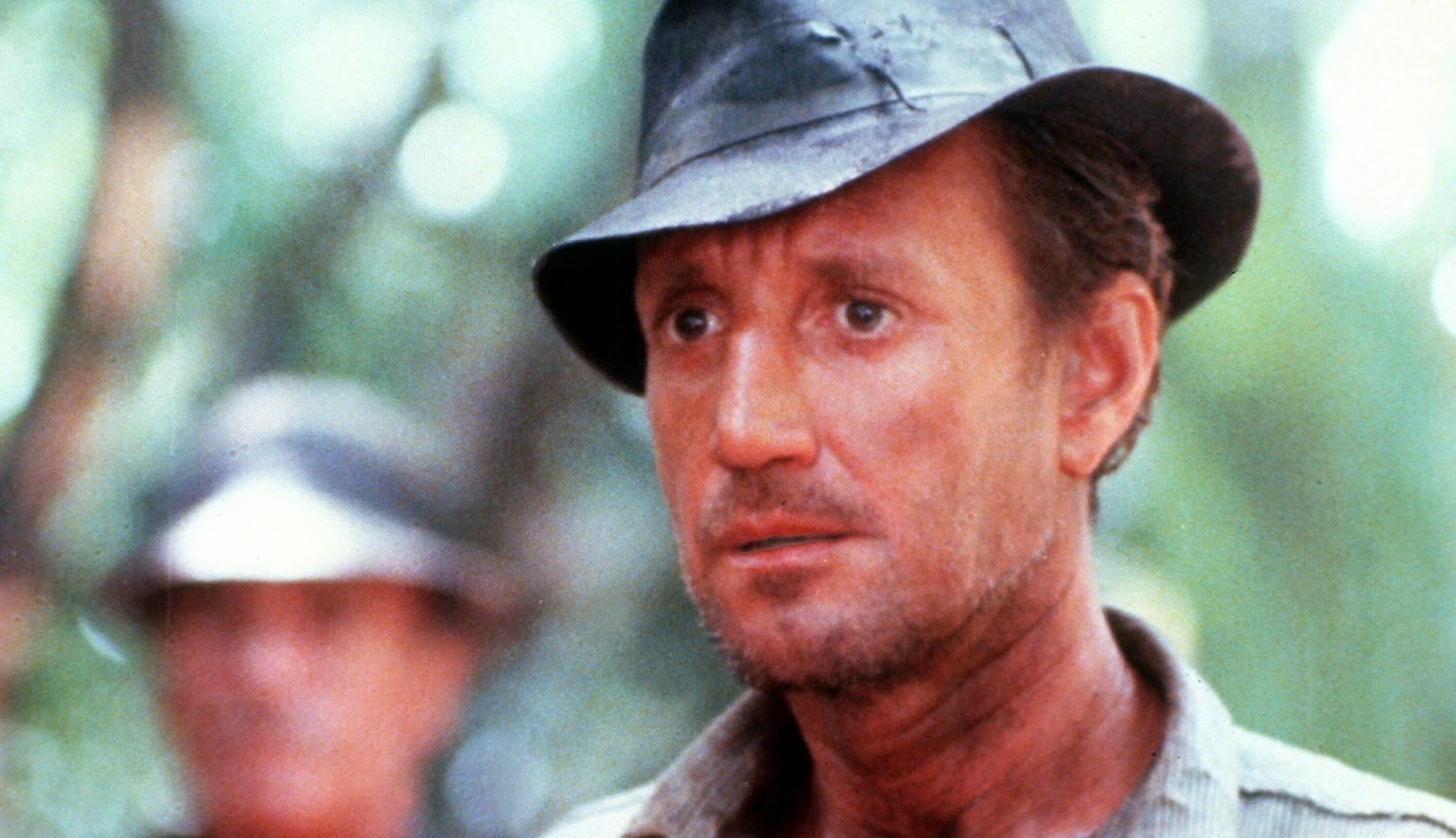 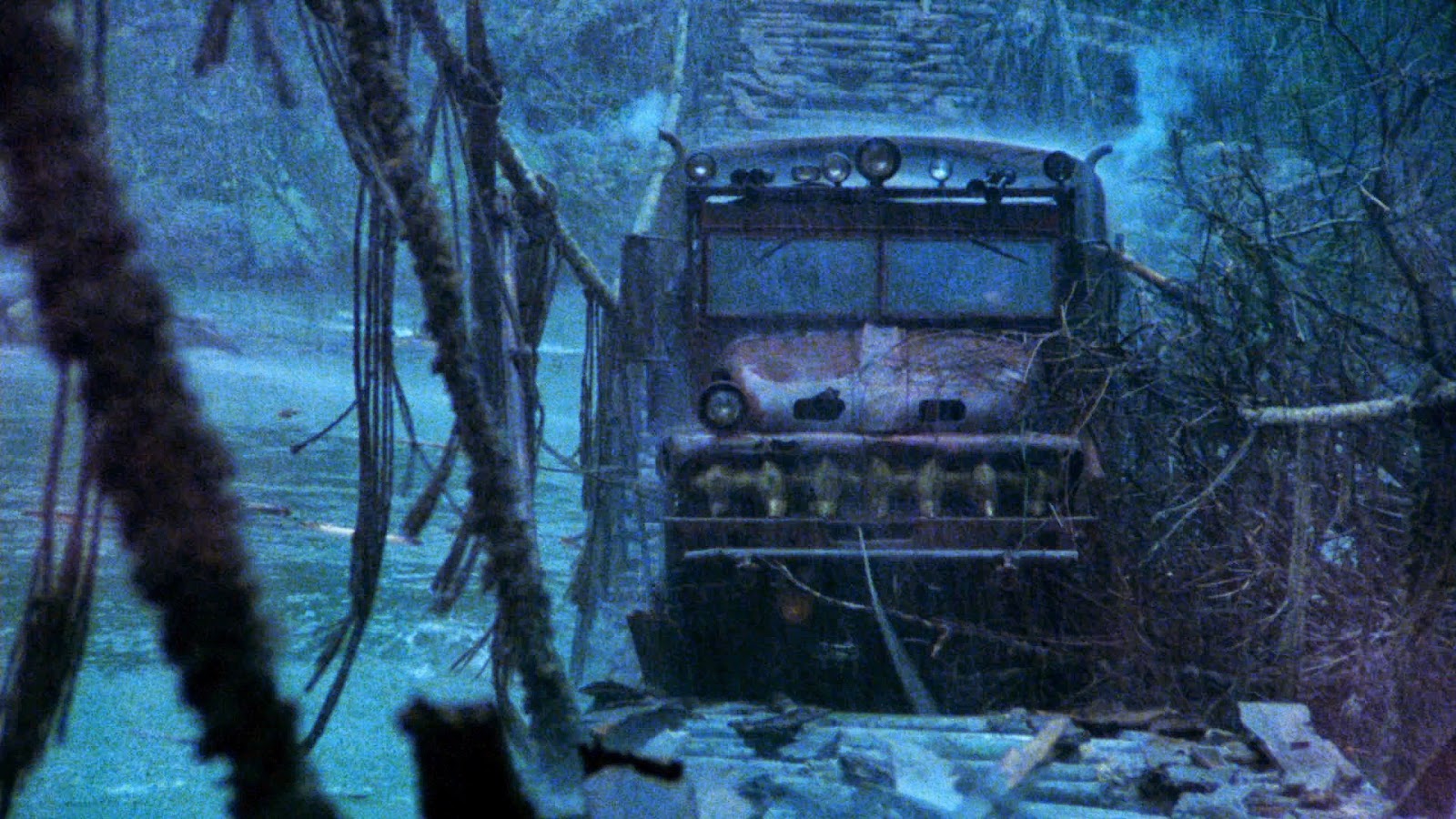