THE SCOOP
Director:  Guillermo del Toro
Cast:  Marisa Paredes, Eduardo Noriega, Federico Luppi
Plot:  After Carlos, a 12-year-old whose father has died in the Spanish Civil War, arrives at an ominous boy's orphanage he discovers the school is haunted and has many dark secrets that he must uncover.

With such a frightening title, you might assume that The Devil's Backbone would scare the spinal fluid out of you.  But it is in no such mood to do so.  It prefers to haunt you from within.  Guillermo del Toro's third feature after the mixed bag that was his feature debut Cronos (1993), and the quite awful Mimic (1997) which he disowned due to studio interference in the final cut, is perhaps his strongest work after what I think is his magnum opus – the decidedly dark and violent Pan's Labyrinth (2006).

If Pan's Labyrinth was more fantastical, The Devil's Backbone is rooted in the supernatural.  Its supernatural elements are intertwined so realistically with the narrative and the characters that their occurrences seem legitimately normal.  The masterly skill of del Toro in creating chilling atmospheres and a consistently ominous tone comes to the fore here, but it is his setting of the parable against the backdrop of the Spanish Civil War that gives this 'horror' film an edge among other similar movies.

An orphan boy is left at an orphanage that has so far been left unaffected by the war.  He soon finds that the place is haunted.  The premise reads like any other in the genre, but del Toro's visual flair and his focus not on horror as we know it, but the horror of Man's monstrosity, sees The Devil's Backbone taking a more allegorical route.

The narrator, an old man who runs the orphanage, asks "what is a ghost?", but we never get an affirmative answer.  He rambles on about tragedy, of blurred photographs, of insects trapped in amber, etc.  He asks again at the end of the movie, but we are left unconvinced at the epilogue, as if del Toro is trying too hard to work out a closure that comes full circle.

That being said, much of the film is solid, with strong performances and smart writing.  A set-piece involving a midnight dare to collect a jug of water ranks up there as one of del Toro's most suspenseful sequences.

The Devil's Backbone is widely regarded as one of the Mexican director's finest films, though it's easy to say that because his overall output remains relatively small.  There's hope of another great horror film from him - cue Crimson Peak starring Tom Hiddleston, Mia Wasikowska and Jessica Chastain to be released later this year.  But until then, you won't go wrong seeing this.

Verdict:  A solid allegorical film about the horrors of war and violence on children, with horror as we know it providing the film's chilling atmosphere. 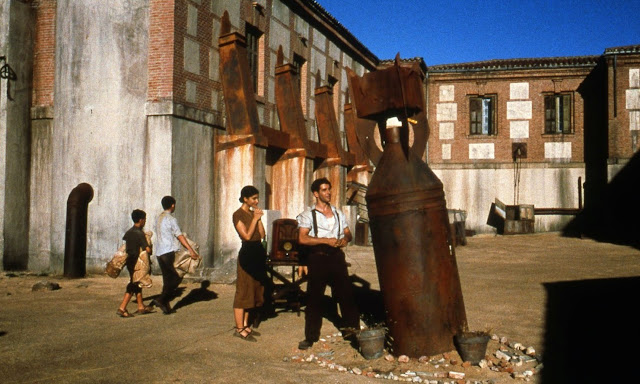 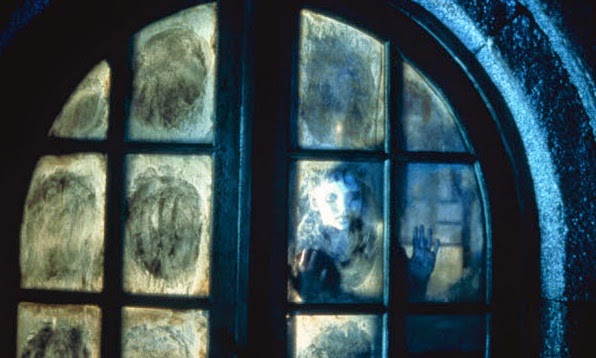 A solid allegorical film about the horrors of war and violence on children, with horror as we know it providing the film's chilling atmosphere ~ 3.5*/B+ [ Dir. Guillermo Del Toro | 2001 | Spain/Mexico | Drama/Horror | 106 mins | PG ] THE DEVIL'S BACKBONE / © Wild Bunch #thedevilsbackbone #guillermodeltoro #horror #drama #allegory #spain #mexico #war #violence #trauma #ghost #chilling #criterioncollection
A post shared by Eternality Tan (@eternalitytan) on May 20, 2017 at 7:57am PDT