THE SCOOP
Director:  Akira Kurosawa
Cast:  Toshirô Mifune, Yutaka Sada, Tatsuya Nakadai
Plot:  An executive of a shoe company becomes a victim of extortion when his chauffeur's son is kidnapped and held for ransom.

“I'd rather be told the cruel truth than be fed gentle lies.”

High and Low, made when Kurosawa was reaching the tail end of his golden period that started with Rashomon (1950), and continued with some of his greatest achievements including Seven Samurai (1954), The Hidden Fortress (1958) and Yojimbo (1961), remains to be one of the most accomplished crime dramas of world cinema.  In the tradition of urban thrillers that Kurosawa first explored with films like Stray Dog (1949), High and Low is constructed both narratively and visually with the skill of a master craftsman.

Starring long-time collaborator Toshiro Mifune as Gondo, a wealthy businessman of a famous shoe company, and Tatsuya Nakadai as a police chief, the film takes a seemingly simple case of child kidnapping and blows it up into two very distinct halves of genre cinema – the first hour is an emotionally tense domestic drama, exclusively shot within the confines of Gondo’s mansion high up on a hill.  The second hour is a detailed police procedural as the police attempt to track down the kidnapper.  In between, there is a train sequence that would not look out of place in a Hitchcock thriller.

All of that points to a highly structural effort by Kurosawa as he develops the scenarios of both "high" and "low", or "heaven" and "hell", as it ought to have been more accurately translated from the original Japanese title.  The sweltering weather makes for a hot and sweaty procedural – one sequence involving a large gathering of policemen reporting on their progress to their superiors is intentionally long-winded.  You could almost feel the stifling heat from where you sit.

Despite running almost 2.5 hours, and daringly revealing the identity of the kidnapper (to us) midway through the film, High and Low is always consistently engaging.  It may be slow, but it is intriguing enough for you to want to see more.  Mifune is cast against type, but you can’t fault his superb performance together with the supporting cast.

In one of the most astounding climaxes in Kurosawa’s oeuvre, High and Low sees out the final twenty minutes without much dialogue, using only the sights and sounds of a crowded bar, busy street, and a hellish back alley filled with drug addicts to express tremendous unease and uncertainty, only to end with a final shot as powerful and haunting as any in the history of cinema.

Verdict:  An underrated gem that is both an emotionally tense domestic drama, and a hot and sweaty police procedural. 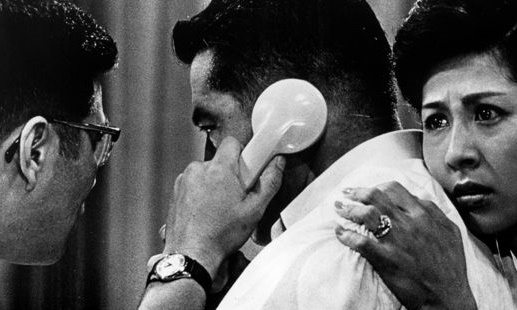 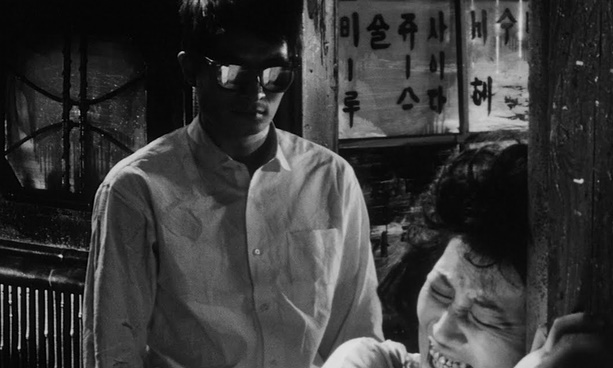