THE SCOOP
Director:  Jafar Panahi
Plot:  A yellow cab is driving through the vibrant and colourful streets of Tehran.  Very diverse passengers enter the taxi, each candidly expressing their views while being interviewed by the driver who is no one else but the director Jafar Panahi himself.

In Taxi Tehran, a passenger in Jafar Panahi's cab answers his mobile phone.  Its ringtone is striking, no less the opening notes of Jerry Goldsmith's score to the Franklin J. Schaffner's prison escape film titled Papillon (1973).  In that film, cultural icon Steve McQueen plays a man sentenced to life imprisonment on a prison island after being found guilty by a corrupted judicial system.  This act of injustice is no different to Panahi's situation as an artist banned from creating art by the oppressive Iranian government.

Panahi’s third feature to date after receiving a lengthy filmmaking ban and the indignation of a house arrest, Taxi Tehran follows the footsteps of his two previous works This Is Not a Film  (2011) and Closed Curtain (2013) by bravely flouting the conditions imposed.  The result is a film that not only confronts the sociopolitical issues of his country, but is also a near-brilliant piece of cinema that is highly imaginative.

Panahi's film is perhaps even more compelling than his compatriot Abbas Kiarostami's breakthrough film Ten (2002).  Both are shot entirely within the confines of a moving car – a private space where conversations would occur freely.  With cameras mounted on the dashboard, Kiarostami and Panahi effectively call to question the very nature of the cinema they are creating – is it drama, or is it documentary?

Taxi Tehran pushes that notion even further by having Panahi in the driver seat – like any filmmaker ought to be, he's in control of his own narrative, or is it really so?  A closer observation of Panahi's restrained facial expressions and near-silent demeanour in the cab shows that he's quietly happy to have you (the audience) in the cab with him and his customers.  He doesn't want more.  It is all that matters to him.  Where he goes or what he does is unimportant.  Almost everything else is irrelevant.

In that regard, Taxi Tehran sees Panahi letting go of his responsibilities as a director (or at least giving us that illusion), if only to let the film take center-stage.  Winning the Golden Berlin Bear, very deservingly in my opinion, Panahi's work is as defiant as any in his oeuvre.  It also features a no-frills soundtrack that recalls the plucked virtuosity of Gustavo Santaolalla’s music.  Like the film, it is simple yet affecting.

Verdict:  Panahi is literally in the driver seat, as he charts a new course for Iranian cinema (of the oppressed) in this powerful docu-drama that is as defiant as any in his oeuvre. 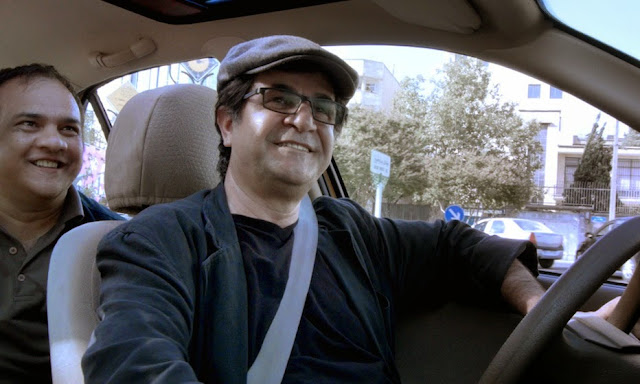 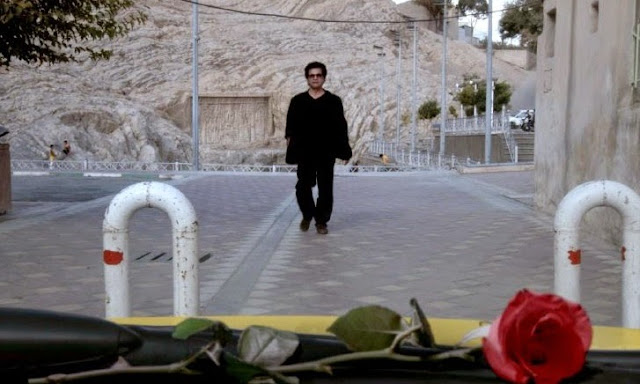 Panahi is literally in the driver seat, as he charts a new course for Iranian cinema (of the oppressed) in this powerful docu-drama that is as defiant as any in his oeuvre ~ 4*/A- [ Dir. Jafar Panahi | 2015 | Iran | Drama/Documentary | 82 mins | PG ] TAXI TEHRAN / © Celluloid Dreams #taxitehran #taxi #tehran #iran #iraniancinema #jafarpanahi #berlininternationalfilmfestival #goldenbear #documentary #drama #driver #auteur #oppression #artist #filmmaker
A post shared by Eternality Tan (@eternalitytan) on May 7, 2017 at 6:51am PDT