THE SCOOP
Director:  Satyajit Ray
Cast:  Soumitra Chatterjee, Madhabi Mukherjee, Shailen Mukherjee
Plot:  The lonely wife of a newspaper editor falls in love with her visiting cousin-in-law, who shares her love for literature.

Satyajit Ray has not disappointed me (yet).  In this masterpiece, India’s most treasured director brings a profound delicateness to an adaptation of a story that proved highly controversial for its time.  Adapted from Rabindranath Tagore’s “The Broken Nest”, Charulata tells of a lonely wife who falls in love with a visiting cousin-in-law.

Madhabi Mukherjee plays the title character in a great performance characterized by virtues of purity, innocence and curiosity.  Ever so gentle and graceful, Charu, as her husband would call her, is someone rather content with the middle-class luxury that she enjoys every day.  Her husband Bhupati (Shailen Mukherjee) is too busy managing his newspaper business to care about his marriage or show any real affection to Charu.

In a scene that perfectly sums up the state of their relationship in a few seconds, Charu gives her husband a piece of cloth that she has beautifully sewn, to which the latter asks: “how do you find the time to do it?”

Charulata combines drama with the whimsy of performative literature.  Without warning, Amal (Soumitra Chatterjee), the visiting cousin-in-law would break out into song, melodiously reciting a poem, which is almost always about the fleeting nature of existence, time and love.  Charu, a woman of refined taste, is attracted to Amal’s carefree persona, but for reasons of social and cultural conformity, she keeps her feelings to herself.

Ray’s handling of the relationship is supreme, subtly evoking a quiet sexual tension between Amal and Charu, while also celebrating the freedom of thought through the window that art gives – the pleasures of reading and writing, through dreams and memories.

Charulata is also a picture of astonishing visual flourishes with much credit due to legendary cinematographer Subrata Mitra’s (a frequent collaborator with Ray) technical ability with the camera.  In a sequence of understated elegance, Amal lays on an open lawn seeking writing inspiration, while Charu sits on a moving swing secretly admiring him.  The camerawork and cross-cutting is sublime, evoking a sense of unbridled longing (in part of Charu) for a different set of circumstances to befall her.

Set in the late 19th century, Charulata remains remarkable as not just a period piece about the frustrations of a woman living in conservative times, but also about her agency and courage to break free of her shell, if only to put herself in a better position in a society still not coming to terms with change and progress.

The astounding final scene, which I will leave you to discover, is one of cinema’s most unforgettable of endings, which Ray famously said he could not explain, except that it was the most fitting way to close the film visually.  While I personally think that The Music Room (1958) might be Ray’s most accomplished work, Charulata is very close to being a perfect film.

Verdict:  Another masterpiece by Ray, directed with a profound delicateness that translates into great performances and astonishing visual flourishes. 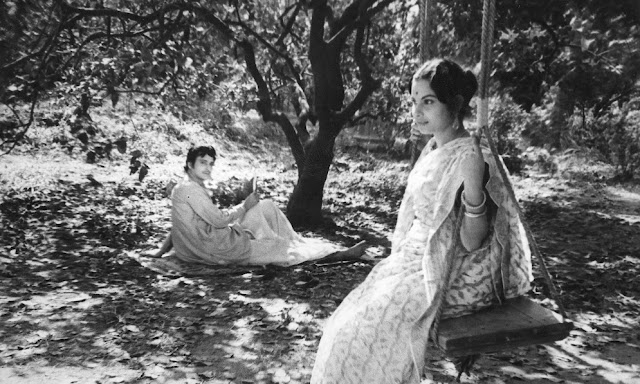 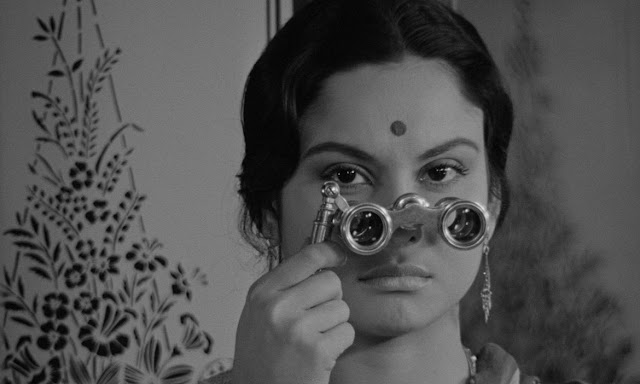