THE SCOOP
Director:  Peyton Reed
Cast:  Paul Rudd, Michael Douglas, Corey Stoll, Evangeline Lilly, Bobby Cannavale, Michael Pena
Plot:  Armed with a super-suit with the astonishing ability to shrink in scale but increase in strength, con-man Scott Lang must embrace his inner hero and help his mentor, Dr. Hank Pym, plan and pull off a heist that will save the world.

“Pick on someone your own size!”

Ant-Man will eventually become an Avenger, joining an ever growing pool of superheroes to fight an unprecedentedly terrifying enemy some time in the future.  But here's his very own solo outing, a rite-of-passage of sorts for him to lay down the markers to which he could claim such an honourable title.

Starring Paul Rudd as the dude himself, the movie plays out in a way that sees Scott Lang become Ant-Man not by choice or destiny.  Rather it is through planned coincidence by Dr. Hank Pym (Michael Douglas) – the genius behind the science.  And it is this seeming randomness, of Scott suddenly becoming Ant-Man, and making sense of his newfound ability to shrink and expand at will that promises something fun.

Rudd is well cast, so is Douglas and her screen daughter Evangeline Lilly, the latter on the rise after starring in the final two installments of “The Hobbit” movies.  Ant-Man takes quite seriously that it is a comedy with loads of Marvel action, rather than the other way round.  This is why the studio brought in Peyton Reed to direct.

You have to go back to 2008 for his last feature, the Jim Carrey movie Yes Man.  His earlier comedies in the early 2000s were however atrocious.  In any case, Marvel’s decision has paid off because Ant-Man is a hilarious film, and while it is nowhere as solid as Marvel’s more substantial pictures, you cannot say that it isn’t entertaining.

The movie is utterly predictable though, and the climax requires a logic leap that is unwarranted – makes the experience all too disbelieving.  But what saves Ant-Man from a narrative point-of-view is that, structurally, the film follows that of a heist movie, uncommon in the genre – Scott’s mission is to infiltrate a heavily guarded facility run by the villain Darren Cross, who is an ex-disciple of Dr. Pym.  Cross is inches away from figuring out the science of Ant-Man and creating his own weapon to sell to the bad guys, and this needs to be prevented.

Ant-Man is made firmly to expand the Marvel universe in what they have called ‘Phase Two” of their stronghold over the modern superhero blockbuster.  One wonders how the Marvel momentum can sustain indefinitely in the near future, but we should enjoy “Honey, I shrunk an Avenger” while it lasts.

Verdict:  There's action and comedy all round, but Ant-Man is nowhere as solid as Marvel's more substantial pictures. 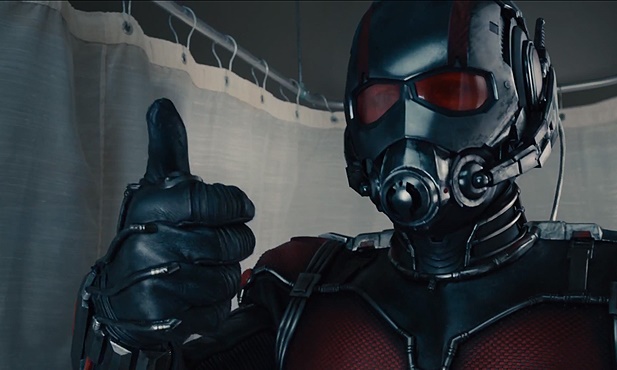 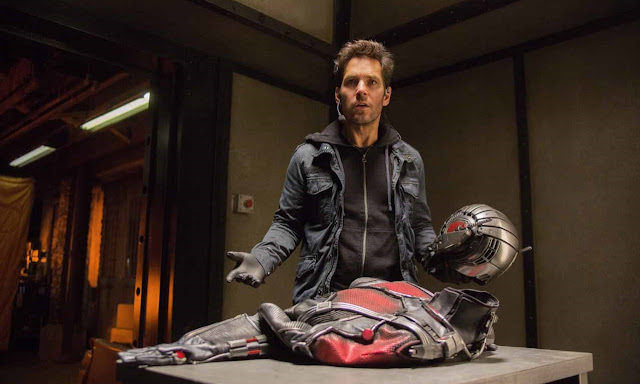