“It could look like someone you know or it could be a stranger in a crowd.  Whatever helps it get close to you.”

It Follows is a movie championing the abstinence from (pre-marital) sex, and gives new meaning to the notion of safe sex (cue final shot).  Those who have seen the film would appreciate the thinly-veiled attack on carefree, confused and lustful youths.  Those who haven't, I feel jealous because this is an astounding horror film that I hope you will soon see for the first time.

A critical sensation at Cannes where it premiered under the Critics Week segment, It Follows has now gained a strong cult following, distinguishing itself from the crowd of horror bollocks churned out to please casual fans but not enthusiasts.  Written and directed by David Robert Mitchell in only his second feature to date, the film is set in the 1980s but can also be read as a wry modern homage to the horror films of that period, particular those of John Carpenter, and maybe Kubrick's The Shining (1980).

It's sneaky because while the cars and television sets look like the products of their time, a character uses a high-tech touch-screen device.  I don't think those exist yet, but you get my point – It Follows is a smart and playful genre work that gives viewers the full scare therapy that they desire, but also offers something uncommonly fresh.

The plot takes the classic 'pass-it-on' game and spins it in a twisted manner where the characters have no control of their fate.  The 'It' is out to kill you, unless you pass the curse on to another person (through sex).  But when that person is killed, it comes back to get you, and goes down the human chain of promiscuous youths after you are dead and gone.  Once you have that curse, you can see 'It' coming, taking the shape of any human form.

This is an ingenious concept, but the filmmakers don't treat it frivolously like some curse-sory Ouija board game.  The picture is a masterful exercise in suspense filmmaking, developing each scene in such a way that it maximizes dread, and plays with your fears and expectations.  The best part of It Follows is its focus on music, composed with reverence by Disasterpeace, echoing the strains of Carpenter and Wendy Carlos.

Together with the film's accompanying sound design, the soundscape eschews subtlety for a conscious effort at creating an overpowering atmosphere of fear, but it is never overbearing if you can appreciate its loving intention.  Other visual homages to newer films like Signs (2002) and Let the Right One In (2008) are also well-intentioned.

It Follows is one of the most distinctive and effectively creepy horror films to come out post-2010s.  It is no doubt an unforgettable American modern classic, and impossible to shake away.  I dare you to see it.

Verdict:  One of the most distinctive and effectively creepy horror films to come out post-2010s, no doubt an unforgettable American modern classic. 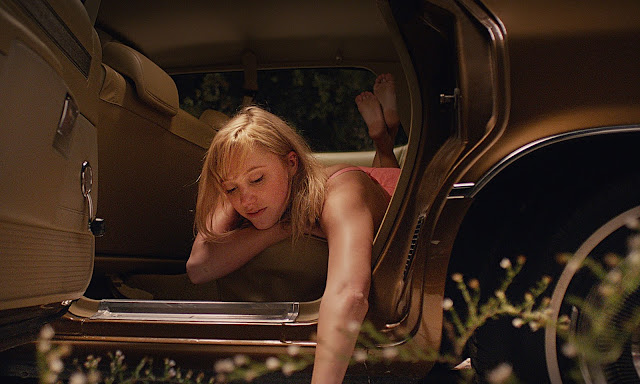 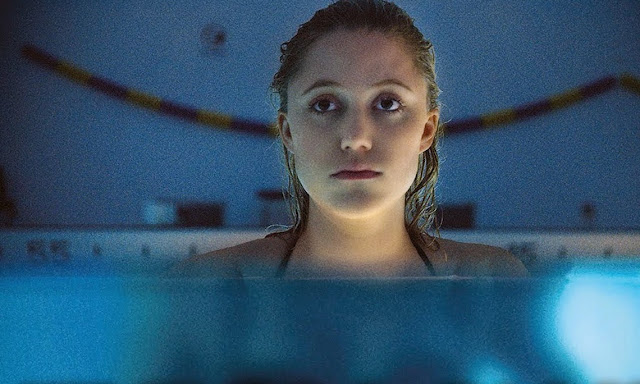