The tales of the famous text "One Thousand and One Nights" have been adapted into many mediums, film included.  But Pier Paolo Pasolini's version, known as Arabian Nights in the States, continues to enlighten and enrage viewers alike.  Now more than forty years old, the film is the culmination of his unofficial "Trilogy of Life", which includes The Decameron (1971) and The Canterbury Tales (1972), both of which won the Special Jury Prize and Golden Bear respectively at the Berlin International Film Festival.

It marked a period for Pasolini where he sought to capture the innocent and free-spirited bodies of medieval times.  The films, including Arabian Nights, are an ode to a simpler time, where there were no constraints or restraints, and the human experience marked by love and lust, the Devil and God.

Arabian Nights, under the spell of Pasolini, is a weird concoction of sex and more sex.  There are copious amounts of male and female nudity, particularly the decision to shoot close-ups of Man's crowning glory.  The penis is paraded, touched, and awoken many times, and as Pasolini would poetically explain, and if I may rephrase him, sexual organs are by far the purest form of the human body that have remained unscathed through time, yet the degeneration of bodies and organs in present times (at least in the early 1970s when the trilogy was made) continues to devalue the organs of the past.

Pasolini’s stance was political because his “Trilogy of Life” was condemned for its contentious themes and controversial scenes, even as he sought to capture the purity of the human experience in the distant past.  He would later reject and disown the films, and vow to start making pictures on his bastardly contemporaries (cue Salo, the 120 Days of Sodom, 1975).

Arabian Nights does run a bit too long, and while some of the tales are not as effectively fleshed out as they could have been, the third film could be seen as the most coherent of the lot, with the story of a slave girl who loses her new and young master particularly poignant, not to mention also bookending the film.

What's most astonishing about Pasolini's film, however, is his location shooting, opting to shoot at several Middle Eastern and East Asian locales, including Iran, Yemen and Nepal, thus capturing not just astounding images of ancient architecture and traditional villages, but also of its people.  This is perhaps Arabian Nights' greatest value as a work of cinema, that is if you could look past its salacious and titillating imageries.

Verdict:  Tales of lust and love are intertwined with Pasolini’s astonishing location shooting in this weird concoction of a film that runs a bit too long. 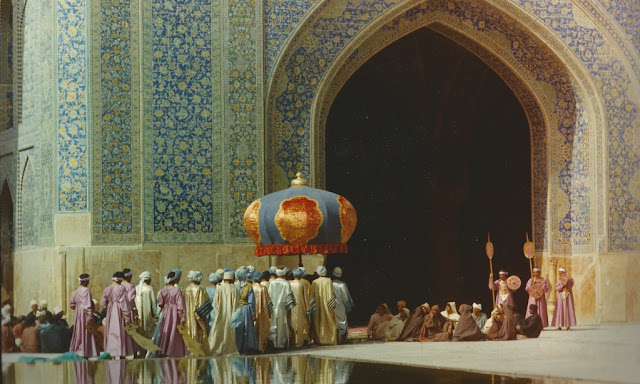 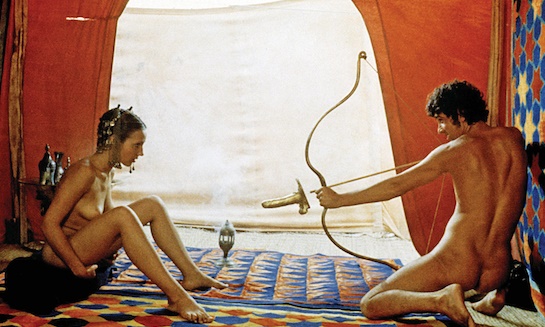