THE SCOOP
Director:  Yang Li-Chou
Plot:  In 2013, the Golden Horse Film Festival celebrated its 50th anniversary.  The ministry of Culture commissioned director Yang Li-chou to make a documentary about the history of Golden Horse.  It's a love letter to cinema, filmmakers and audiences.

Anyone who loves Chinese cinema should see this.  It will resonate with casual moviegoers who grew up with Taiwanese movies of the 1970s and 1980s, be it 'chiung yao' sentimental romances or swordfighting epics like Dragon Inn (1967), as well as cinephiles who devote their lives at the altar of these filmmakers and stars.

Set against the backdrop of the Golden Horse awards, which has become the barometer for the recognition of Chinese cinema, The Moment: 50 Years of Golden Horse traces back fifty years of history from a myriad of lenses – cinematically, culturally, and politically.

It begins empathetically, introducing us to the circumstances that gave rise to the annual awards ceremony.  Director Yang Li-Chou uses plenty of stock footage, of old classics and ceremony snippets, while intercutting with sit-down interviews of a range of people connected to cinema – from veteran directors like Hou Hsiao-Hsien and Lee Hsing to Golden Horse organizers to fans who grew up with the medium.

The interviews are short but have enough insight to complement the visuals.  It is also fascinating to see footage of old and rare movies that I haven't had the chance to see.  They may be of substandard quality, as if seeing them in YouTube 240p resolution, but their very existence should warrant serious consideration of the value of restoration.

The Moment struggles midway, suffering from a more-of-the-same syndrome that afflicts documentaries that follow a chronological linearity.  After a while, it does feel like a history lesson.  However, the film picks up towards the end with more contemporary examples.  Footage of Anthony Chen winning Best Picture for Ilo Ilo (2013) is a proud moment worth reliving for Singaporeans, and Leon Dai's acceptance speech for No Puedo Vivir Sin Ti (2009) always makes you shed a tear, no matter how many times you see it.

The Moment is an inspirational work regardless of its flaws, and certainly important in documenting the impact of Chinese cinema on audiences, filmmakers and critics.  It is not Yang's finest hour, but his film should make you fall in love with cinema again, whether is it an affirmation of the medium's past, or the need to chart a sustainable path as filmmakers, and as audiences.

Verdict:  Starts off empathetically, but struggles midway before picking up again towards the end – not Yang’s finest hour, but certainly an important work on the history and sociocultural impact of the Golden Horse awards over the last fifty years. 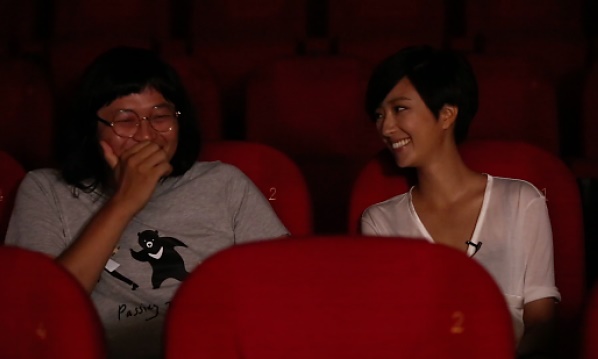 
Starts off empathetically, but struggles midway before picking up again towards the end – not Yang’s finest hour, but certainly an important work on the history and sociocultural impact of the Golden Horse awards over the last fifty years ~ 3.5*/B+ [ Dir. Yang Li-chou | 2014 | Taiwan | Documentary | 110 mins | NC16 ] THE MOMENT: 50 YEARS OF GOLDEN HORSE / © Backstage Studio #goldenhorse #yanglichou #taiwan #taipei #taiwanese #awards #documentary #fiftyyears #loveletter #culture #politics
A photo posted by Eternality Tan (@eternalitytan) on Nov 23, 2016 at 7:16am PST