Yes, finally a solo outing for Deadpool.  But no, this is not as amazing as most fans (the die-hard kind) have claimed it to be; neither is it as zany as its hyped-up marketing has led you to believe.  That being said, Deadpool is a pretty decent stab at an R-rated Marvel superhero movie.  It’s violent and vulgar, as if it is trying to kick Kick-Ass’ ass, and succeeds to some extent.

It’s also the kind of movie where even if it fails terribly, it is presciently aware of its terrible shortcomings.  Thankfully, it passes, not with flying colours, but still with a spring in its step.  The movie makes the most out of what it has in its tank.

The fourth-wall breaking, meta-nature of Deadpool is perhaps its strongest suit.  Being self-aware also sets audience expectations of it being the master of its own fate.  Tonally, the movie is top-notch.  It is a triumph of light-hearted, nonchalant, f-you filmmaking, directed by Tim Miller in his debut feature.

It stars Ryan Reynolds as the gangster-esque Wade Wilson who meets a pretty woman named Vanessa.  Both share an intense excitement for sex, but also wish to settle down, only to be hit by the gut-wrenching news that Wade has last-stage cancer.  A secret agent gives him a card with a phone number, and the rest is history.  It’s both a romance story and a tale of rebirth and vengeance – an origin story told in non-linear fashion.

As an action vehicle, Deadpool delivers the requisite chops in a gleefully violent way.  It also moves quickly, through action or speedy narration.  It is also decidedly cheesy with Deadpool raising the bar for self-appointed douchebags, not to mention the playing up of the romance between Wade and Vanessa is almost always accompanied by corny love songs.  Like I said, the handling of tone is spot-on.

Though what is ultimately lacking in Deadpool is thoughtful plotting – strip off its meta-cinematic flourishes and heavy flavour of corn and cheese, and what you get is a rather thin, almost ironically insubstantial narrative filled with stock characters.  While there are plentiful of appetizing sides, the main course is left wanting.  At least the movie is courteous enough to warn us of this in the opening credits.  So all’s pretty cool for now, until the inevitable sequel.

Verdict:  Outrageous, violent and vulgar, this self-aware R-rated Marvel superhero movie is fun, but only while it lasts. 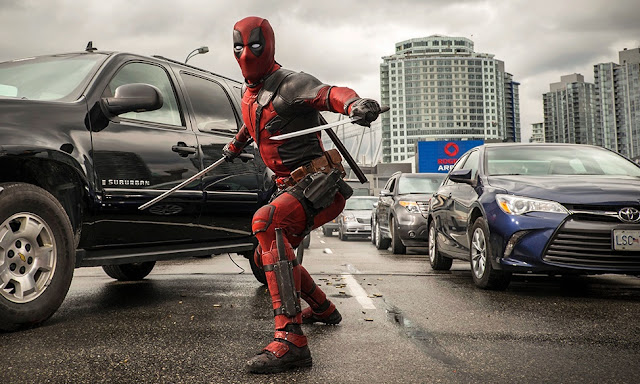 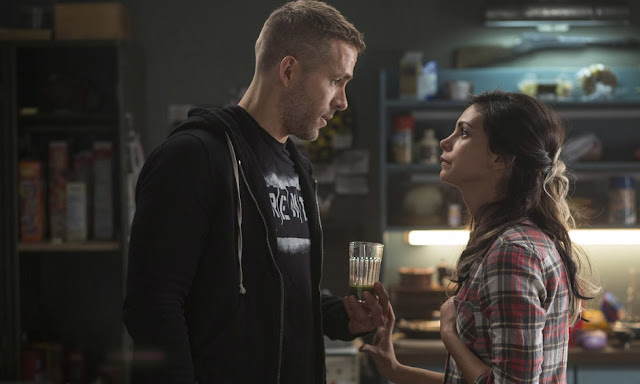