“There's no cause left worth fighting for, Frank.  All we have is the game.  I'm on offense, you're on defense.”

1993 was a great year for thrillers.  The Fugitive was Oscar-nominated for Best Picture, with Tommy Lee Jones winning his Academy Award for a supporting role.  Another superb thriller, In the Line of Fire, scored nominations for Best Supporting Actor for villain John Malkovich, Best Original Screenplay and Best Film Editing.

Headed by the heroic Clint Eastwood who plays an ageing Secret Service officer with the job of protecting the US President, the film pits him against Malkovich's mentally-disturbed but strategically-shrewd ex-intelligence officer who wants to assassinate the President.

It is a battle of wits in what is a straightforward movie that is less high-octane than one would expect, aiming for a more low-key buildup of situational suspense and dread.  The director is Wolfgang Petersen, famous for possibly the greatest submarine war movie of all-time Das Boot (1981).

His flair for tense direction is commendable, and in perhaps the film's most unforgettable sequence – a midway rooftop chase that is a homage to the prologue in Hitchcock's Vertigo (1958), he brings incredible suspense and the most unexpectedly chilling moment of the film with such unerring skill.

Unlike most Hollywood thrillers, In the Line of Fire is done well with much thought going into its narrative structure.  It even comes out as something akin to a light investigative procedural.  The stakes are raised step by step, all while fleshing out the two main characters, so that as fate would have it, they meet in a firecracker of a climax.

Even then, it is their sizzling chemistry, that desire of ours to see the drama unfold between two fascinating characters that holds most of our attention.  Not quite an action film, Petersen knows that there is no need for unnecessary pyrotechnics or spectacular action set-pieces in In the Line of Fire.  The script and drama speak for themselves.

While the romance between Eastwood’s character and a female Secret Service agent (as played by Rene Russo) does fall into the category of oh-so-cheesy with several moments of cringe-worthy flirting scenes, these moments find themselves slightly redeemed in the film’s effort to develop their romance amid professional uncertainty.  As a genre exercise from the ‘90s, this is as solid and satisfying as they come. 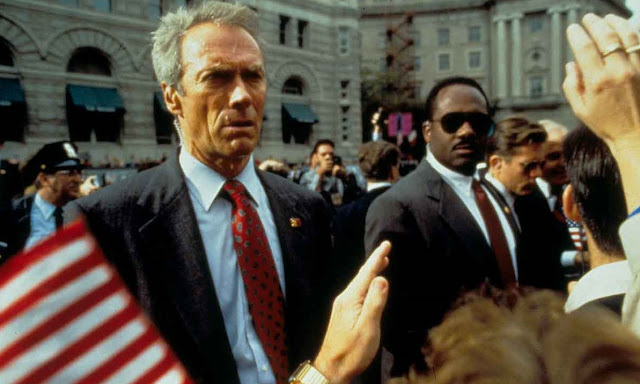 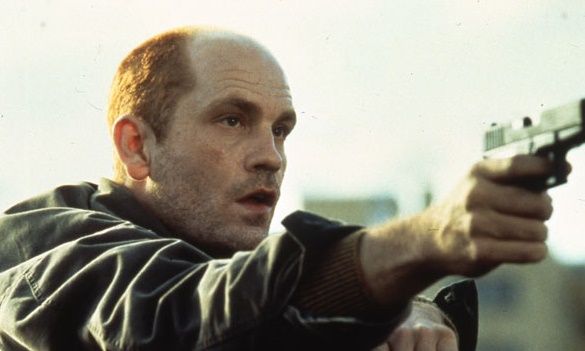 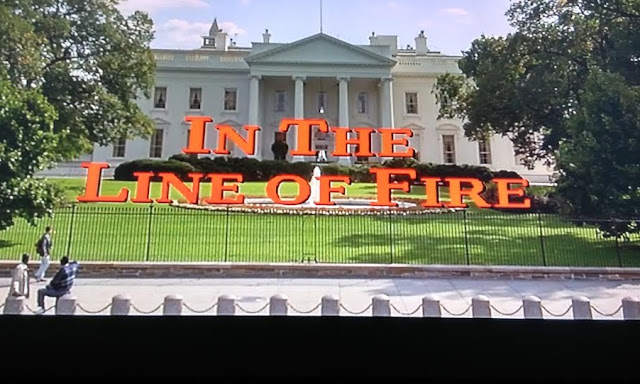