“We may be evolved, but deep down we are still animals.”

The new Disney offering, Zootopia, is interesting conceptually.  Animals, well more of like mammals, rule the Earth and live in the suburbs and in the city. They walk on their hind legs, are dressed in human clothes, and have different professions.  They are anthropomorphic and they speak.  In other words, Zootopia is like a what-if scenario, a case of what possibly could have happened after Noah's Ark if God wanted to try mammals for a change.

It centers on a rabbit named Judy Hopps, who dreams to be the world’s first police-bunny.  After graduating from the police academy, she is assigned to ‘Zootopia’, where she will embark on an adventure.  Along the way, she meets a conniving fox Nick Wilde, who is a con artist operating under the nose of authority.  They have a love-hate relationship, but with close-to-zero suggestion of what would have been an awkward inter-species romance.  In fact, Zootopia operates largely as a buddy cop genre piece, with a conspiracy to uncover.

With three names in the director's chair, Zootopia is blessed with the experience of Byron Howard (of Bolt (2008) and Tangled (2010) fame) and Rich Moore (Wreck-It Ralph, 2012), with newcomer Jared Bush sharing the hot seat.  The result is thankfully not quite a case of too many cooks spoiling the broth, though it is one of the longest animated features that Disney has ever produced.

Zootopia does have some problems sustaining for that long, its narrative trying to explore numerous themes by moving from one act to another, sometimes too obviously as if it is trying to tick its own checkboxes.  It somewhat works as an adventure with generous servings of comedy, yet it is also a mystery and can be scary for younger kids.

There is also an attempt to engage more intellectually with older audiences, especially in the later half with such issues as prejudice and discrimination, and debates over nature-versus-nurture coming to the fore.  One can’t help but feel Zootopia is a veiled allusion to the perils of homophobia and racism.

However fascinating it tries to be, Zootopia is ultimately a serviceable animation.  It will entertain you for nearly two hours, but as a truly thought-provoking or emotional work, it isn’t the finished article.  But you cannot fault it for being creative, colourful, and best of all, inclusive.

Verdict:  Sometimes fascinating with its allusion to homophobia and racism, but this is ultimately a serviceable animated feature without doing anything more than providing nearly two hours of adventure and comedy. 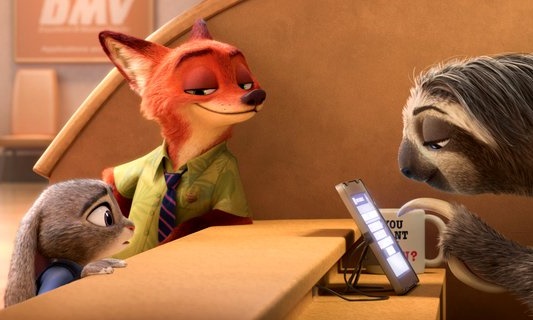 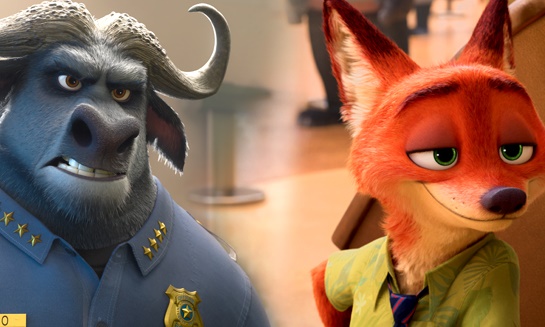