THE SCOOP
Director:  Wim Wenders
Cast:   Harry Dean Stanton, Nastassja Kinski, Dean Stockwell, Hunter Carson
Plot:  A man wanders out of the desert after a four year absence.  His brother finds him, and together they return to L.A. to reunite the man with his young son.  Soon after, he and the boy set out to locate the mother of the child, who left shortly after the man disappeared.

IN RETROSPECT (Spoilers: NO)
"If you had a fancy woman, would you bring her in a place like this?"
"What's a fancy woman?”

Only my third Wim Wenders film after Wings of Desire (1987) and Buena Vista Social Club (1999), the Cannes Palme d’Or-winning Paris, Texas finally comes into my viewfinder, and I’m glad that I saw it sooner rather than later.  Often considered the two most important works in Wenders’ oeuvre, both Paris, Texas and Wings of Desire (winning Best Director at Cannes) continue to mystify and enrapture cinephiles with their imagery and themes.

Less articulated, of course, is Wenders’ relative decline as a filmmaker over the next thirty years, with the exception of such excellent documentaries as the above-mentioned Buena Vista Social Club, Pina (2011) and The Salt of the Earth (2014).  Perhaps this is one of the reasons his films in the ‘70s and ‘80s hold more significance and achieve a deeper appreciation by film enthusiasts.

Paris, Texas is revered by many, and it’s easy to see why.  It’s pure cinema, and as far as the first five minutes of the film are concerned, I was pretty certain at that point that I was about to see a truly great film.  It begins with wide landscape shots of the arid barren land that later center on a mysterious man walking purposefully in one direction.  That man is Travis, played with impeccable skill by Harry Dean Stanton, who is intentionally mute for the first half-hour of the film.

Ry Cooder’s astounding slide guitar music may be minimalist by nature, but I think the performance is utterly astonishing, giving this West German production shot in Texas and California its unique Americanness.  The marriage of sound and sight captures the essence of being lost and lonely in a devastating world – the film’s major thematic concern.

Travis’ son has lived with Walt, Travis’ brother, for many years after being abandoned.  Travis’ wife has also disappeared after an incident that tore their family apart.  Paris, Texas charts Travis’ awakening, his efforts to reconcile with his son, and their journey to find Jane (Nastassja Kinski), wife and mother to his boy.

It is a road movie of the highest order, shot by the great Robby Muller, who lensed Jim Jarmusch’s Down by Law (1986).  His capture of neon lights in the night is very special, especially in the later parts of the film.  Running at nearly two-and-a-half hours, impatient viewers might find Paris, Texas slow and lacking any real urgency.  But its stately pace reveals Travis’ character to be a complex and conflicted being, desiring to rekindle the past, yet knowing that the future doesn’t belong there.

This is Wenders’ masterpiece on grief and connection.  Where do we really belong?  It’s a question that is very difficult to respond meaningfully.  Paris, Texas forces us to think of an answer, while giving us the faintest of hopes that we might actually get there. 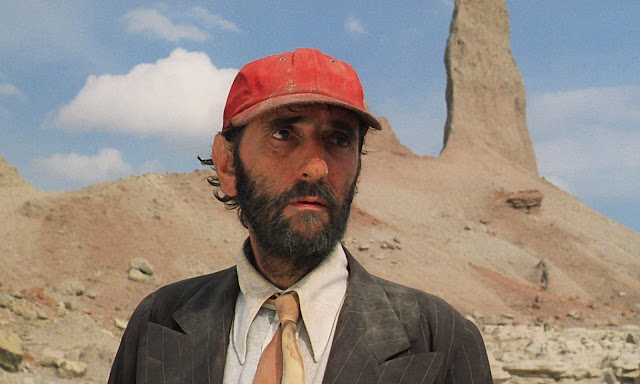 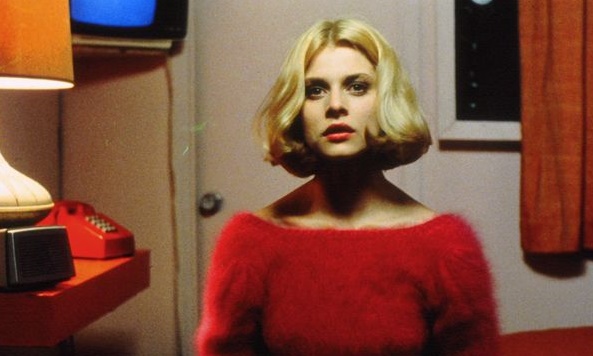 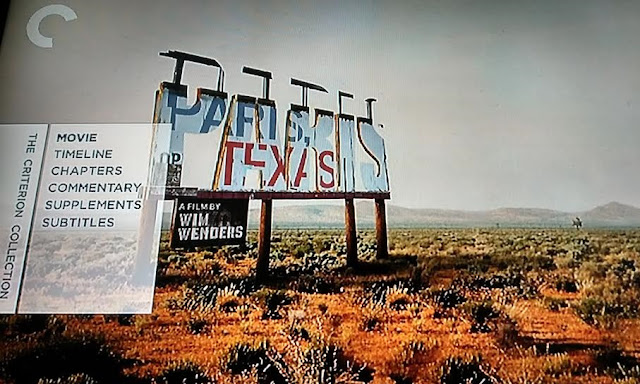