THE SCOOP
Director:  Akira Kurosawa
Cast:  Toshirô Mifune, Tatsuya Nakadai, Takashi Shimura
Plot:  A crafty samurai helps a young man and his fellow clansmen save his uncle, who has been framed and imprisoned by a corrupt superintendent.

“He was exactly like me.  A naked sword.  He didn't stay in his sheath.”

Toshiro Mifune snarled and growled to even bigger fame as the nameless wandering samurai in Yojimbo (1961), which was remade by Sergio Leone as A Fistful of Dollars (1964).  So much so that the sequel was released only a year after, with director Akira Kurosawa returning to helm it after initially declining the offer.

Well, Sanjuro is not exactly a sequel – there is no temporal reference to Yojimbo, nor is there any indicator when the events of both films took place.  It could even be a prequel – such terms were probably not very meaningful fifty years ago, so as far as the two pictures are concerned, they are companion pieces.

In Sanjuro, Mifune's character (known as Tsubaki Sanjuro) ignominiously wakes up in the middle of a serious political meeting of several hideaways left isolated after a coup d'état sees their master captured.  What transpires after is a darkly comic treatise on the art of strategic planning with unfortunate mishaps as the group led by Sanjuro himself attempts to infiltrate an army commanded by Hanbei Muroto, deviously played by Tatsuya Nakadai.

Overall, Sanjuro is a lighter if lesser effort than Yojimbo.  In fact, it would also count as slight in Kurosawa's body of work.  However, it remains largely entertaining due in part to Mifune's magnetic performance and a few well-choreographed fight scenes.

The plotting does feel overly complicated, and it takes some time for things to make sense, and who the side characters are.  It's the kind of film where a second viewing might be more illuminating than the first.  Up till its violent climax that is startling in its ferocity, Kurosawa keeps the film rather low-key as mind games of the shrewd if deceptive kind are played out.

Unlike such gems as Seven Samurai (1954), Throne of Blood (1957) or The Hidden Fortress (1958), Sanjuro doesn’t seem to be endlessly rewatchable.  Still, there is enough in its tank to suggest that Kurosawa was keener to explore the intricacies of storytelling.  Case in point: a tense if comical sequence involving the use of camellias as a communication signal is one of the most elaborate set-pieces of Kurosawa’s oeuvre.

Verdict:  A lighter if lesser effort by Kurosawa, but it is no less entertaining and darkly comic than its companion piece Yojimbo (1961). 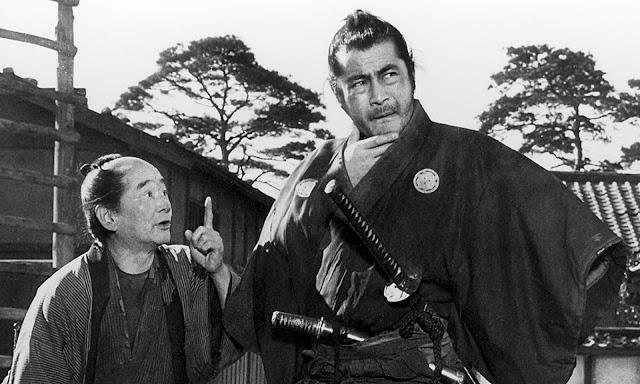 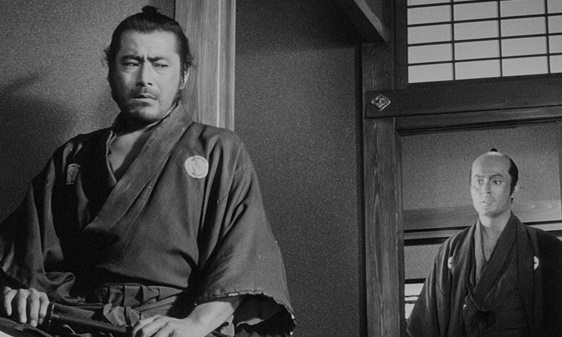 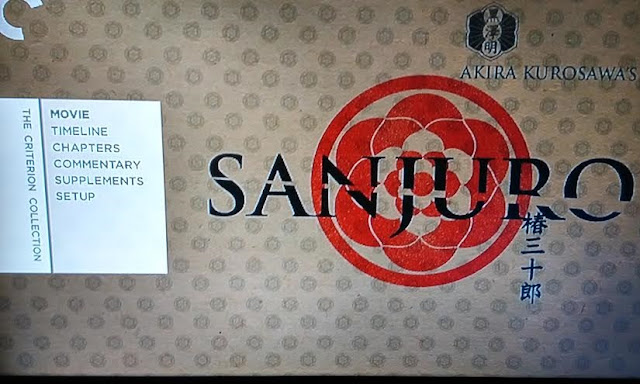 A lighter if lesser effort by Kurosawa, but it is no less entertaining and darkly comic than its companion piece 'Yojimbo' ~ 3.5*/B+. [ Dir. Akira Kurosawa | 1962 | Japan | Drama/Action | 96 mins | PG ] SANJURO / © Toho #sanjuro #toshiromifune #akirakurosawa #samurai #japanesecinema #japan #yojimbo  #criterioncollection
A photo posted by Eternality Tan (@eternalitytan) on Jun 28, 2016 at 10:28am PDT