One of 2015's most talked about indie movies, Tangerine is a dazzling piece of cinema.  Shot entirely on iPhones, almost unheard off at this feature-length scale (Park Chan-wook's award-winning short Night Fishing (2011)) is still the most acclaimed example of this form of filmmaking), the film also focuses on a minority, and often prejudiced, community––transgender prostitutes.

Starring actual transgenders who inhabit their characters like hand to glove, Tangerine follows Sin-Dee (Kitana Kiki Rodriguez) on her first day and night out after a short prison term.  When her best friend Alexandra (Mya Taylor) tells her that her pimp had an affair with a woman, feeling betrayed, Sin-Dee roams around Tinseltown in search of him.

Written and directed by Sean Baker, who has been working in the American indie filmmaking scene for the last decade, Tangerine represents possibly his first attempt at a truly innovative film.  There's a sustained energy to the way the story is told, with the camera following Sin-Dee as she walks around her city.  Made up of a well-edited series of quick-cut tracking shots, the hurtling camerawork, which can be nauseating to some, gives a sense of urgency to her story.

Baker also captures the street life of this community with much authenticity, almost like a modern neorealist piece.  As the day goes by, the beautiful dusk (the tangerine-coloured sky is the basis of the movie's title) welcomes the buzz of night where a flurry of activities see Sin-Dee's thread collide with another story.

By tempering the high-tempo pacing of Sin-Dee’s part, Baker introduces a slower thread centering on an Armenian cab driver who visits prostitutes, a secret he keeps from his family.  The inevitable collision of characters in the third act, already well-defined by then, is a brilliant display of verbal fireworks.  The strong performances all-round bring comedy and drama together––while the film's no-holds-barred approach can be explicit and vulgar, Baker's work is ultimately fulfilling through its humanist, empathetic stance.

Verdict:  Shot entirely on the iPhone, this is a dazzling piece of indie cinema on transgender prostitutes, bringing comedy and drama together with a humanist stance. 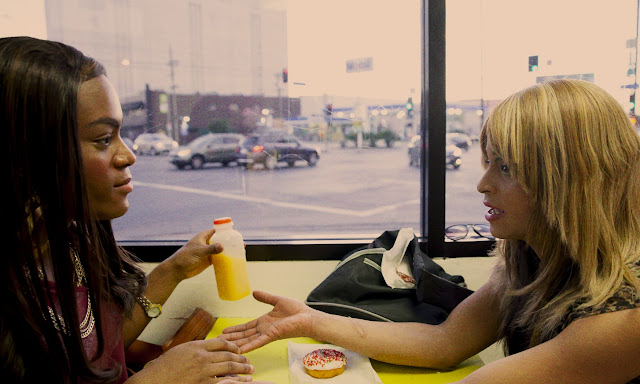 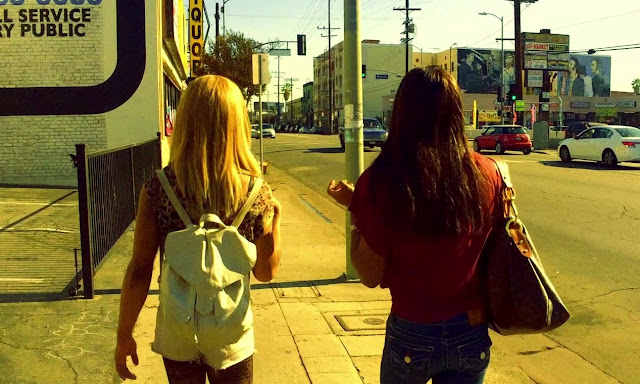 Shot entirely on the iPhone, this is a dazzling piece of indie cinema on transgender prostitutes, bringing comedy and drama together with a humanist stance ~ B+ [ Dir. Sean Baker | 2015 | USA | Drama/Comedy | 88 mins | R21 ] TANGERINE / © Magnolia Pictures #tangerine #seanbaker #indiecinema #indiefilmmaking #transgender #iphone #sundancefilmfestival @sifa_sg
A photo posted by Eternality Tan (@eternalitytan) on Jun 20, 2016 at 9:35am PDT