THE SCOOP
Director:  Sergio Leone
Cast:  Henry Fonda, Charles Bronson, Claudia Cardinale, Jason Robards, Gabriele Ferzetti
Plot:  Epic story of a mysterious stranger with a harmonica who joins forces with a notorious desperado to protect a beautiful widow from a ruthless assassin working for the railroad.

I may be bias, but having seen a great deal of Westerns over the last ten years, I feel that Once Upon a Time in the West is no doubt one of the greatest films of the genre.  It is also my personal favourite, and having seen it at least five times now, it still gives me immense pleasure and anticipation to continue revisiting it.

Directed by Sergio Leone in what was a majestic follow-up to the popular 'Dollars' trilogy - A Fistful of Dollars (1964), For a Few Dollars More (1965) and The Good, the Bad and the Ugly (1966), Once Upon a Time in the West is at once grandeur and operatic, but also a mournful ode to a storied American past.

With its 50th anniversary coming soon, the film ought to hold a special place in the medium's history for prophesizing the inevitable death of the genre through its thematic concerns.  The wilderness versus garden—a dialectic that the master John Ford was obsessed with—and in particular, the horse versus train themes are laid bare in visual terms.  The narrative may not be as goal-oriented as Leone's previous pictures, but the characterizations are mesmerizing.

Charles Bronson plays the man with the harmonica—an instrument so brilliantly incorporated into the music and sound design by the legendary Ennio Morricone—who seeks to settle a personal matter with Frank (Henry Fonda in a rare monstrous role), who in a separate incident, tries to frame a wanted bandit (Jason Robards) for a vicious attack on a family that he slaughtered in cold blood.  The beautiful Claudia Cardinale (who plays Jill) also comes into the picture, traveling west in hopes of seeking a better life with the massacred family.

Leone and Morricone bring these characters together expertly, both narratively and musically.  In one of the most astonishing marriages of visuals and music in cinema, we see Jill enter the new town in a sweeping crane shot, and later, ride on an open-top horse carriage across the harsh and arid landscape—Morricone's accompanying main theme always gives me the chills.

Once Upon a Time in the West may come across as slow, and even guilty of directorial self-indulgence, which is most evident in the opening sequence and the climax, but it is a film with grand ambition.  Its elegiac treatment also continues to draw out emotions of longing for the past, marked by the contrasting—and looming—inevitability that is change.

Verdict:  One of the greatest Westerns in the history of cinema, and my personal favourite. 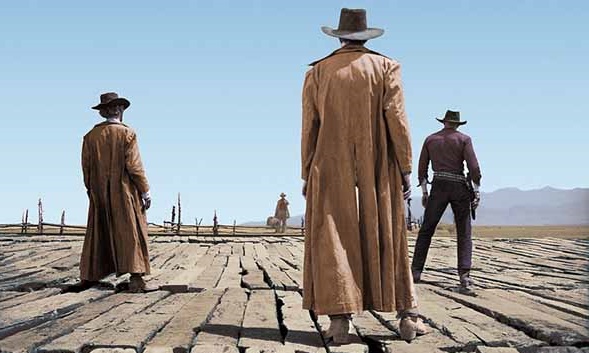 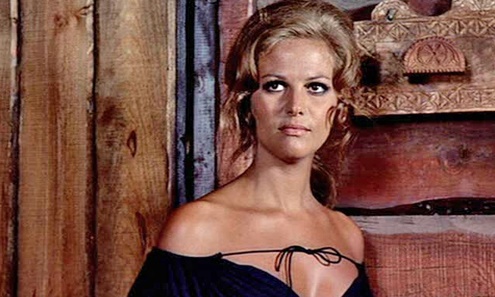 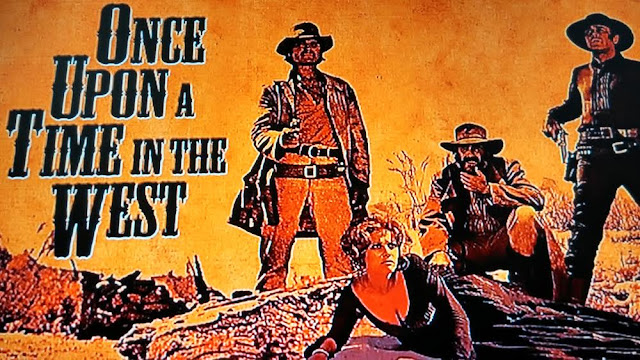 
One of the greatest Westerns in the history of cinema, and my personal favourite ~ A+. [ 1968 | Italy/US | Western | 165 mins | PG ] ONCE UPON A TIME IN THE WEST / © Paramount Pictures #sergioleone #onceuponatimeinthewest #henryfonda #charlesbronson #claudiacardinale #western #enniomorricone
A photo posted by Eternality Tan (@eternalitytan) on Jun 6, 2016 at 12:42am PDT