THE SCOOP
Director:  Boo Junfeng
Cast:  Firdaus Rahman, Wan Hanafi Su, Mastura Ahmad
Plot:  Aiman is a 28-year-old Malay correctional officer who is recently transferred to the territory's top prison.  At his new workplace, he seems to take an unusual interest in another colleague—the long-serving chief executioner of the prison, and one of the most prolific in the world.

Premiered at Cannes in the Un Certain Regard category, Apprentice may have gone home empty-handed, but that's not to say that it didn't deserve it.  This is a marked improvement over Sandcastle (2010), Boo Junfeng's debut feature, which I had an issue with the male lead's off-key performance.

Here you have nothing of that sort with strong performances by the trio—Firdaus Rahman as Aiman, Mastura Ahmad as his sister Suhaila, and Wan Hanafi Su as Rahim the hangman.  Apprentice follows Aiman as he works in a prison.  He soon crosses paths with the chief executioner, who has been pulling the lever for condemned souls for decades.

Drawn closer by the process of death by hanging than ever before—and becoming an apprentice of sorts to Rahim, Aiman is haunted by his family's torrid history, and a lingering uncertainty on what the future holds.

Boo's direction is restrained, never calling his craft to attention, thus channeling a low-key vibe that works well with the heavy subject matter.  There are no theatrics, but there are powerful moments of character interplay.  Rahman has highly-charged scenes with Suhaila and Rahim separately that calibrate his relationships with them from a psychological point-of-view, which affects how he thinks about capital punishment.

In a way, Apprentice functions not just as a character study of one man's psychological burden, but through Aiman's uncertain moral bearings, the film pivots precariously on the glaring and controversial issue of the death penalty.  Boo's film doesn't fervently align with any side, but there's a subtle nod towards the virtuous—if complex—notion of compassion.

Unlike other films about capital punishment, Apprentice details like a procedural the mechanics of executing (or should I say, murdering) a person.  It is a disturbing process that still continues today in various grotesque forms in many countries—my country included.

There have been many films about the subject, made by masters of cinema.  Notably, Kieslowski's A Short Film About Killing (1988) remains to be one of the greatest.  Capital punishment is made as a subject of ridicule in Kubrick's Paths of Glory (1957).  In Asia, Oshima made the explicitly-titled Death by Hanging (1968), and Lee Hsing directed the beautiful and elegiac Execution in Autumn (1972), amongst many others.

Boo's sophomore feature is in good company, and at least in the context of Singapore cinema, will be remembered for being bold and brave.  As long as the death penalty continues to persist in Singapore, Apprentice will be eternally timely for all of us.

Verdict:  A marked improvement over ‘Sandcastle’, Boo’s sophomore feature is a measured effort with strong performances, and content to be a character study of one man’s psychological and moral bearings in relation to capital punishment. 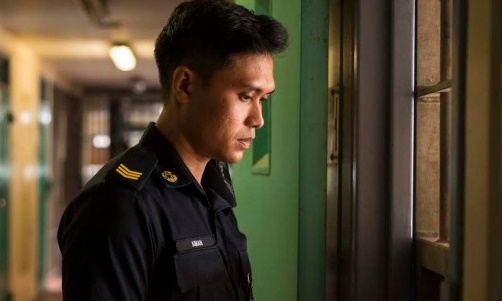 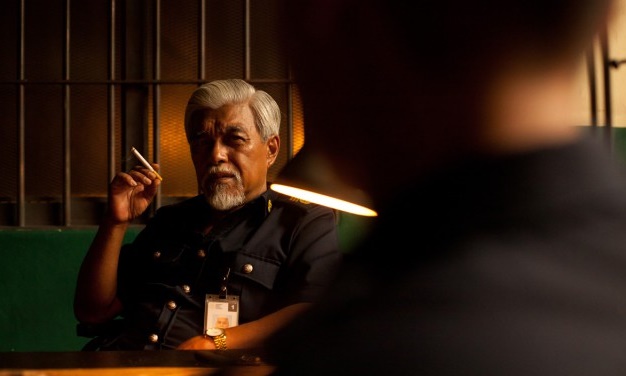 A marked improvement over 'Sandcastle', Boo's sophomore feature is a measured effort with strong performances, and content to be a character study of one man's psychological and moral bearings in relation to capital punishment ~ B+ [ Dir. Boo Junfeng | 2016 | Singapore | Drama | 96 mins | M18 ] APPRENTICE / © Luxbox #apprentice #boojunfeng #singapore #singaporefilm #execution #deathpenalty #capitalpunishment #cannesfilmfestival
A photo posted by Eternality Tan (@eternalitytan) on Jun 22, 2016 at 7:12am PDT