THE SCOOP
Director:  Andrew Stanton & Angus MacLane
Cast:   Ellen DeGeneres, Albert Brooks, Ed O'Neill
Plot:  The friendly-but-forgetful blue tang fish reunites with her loved ones, and everyone learns a few things about the real meaning of family along the way.

“I remember something important!”

Anyhoo, Finding Dory resumes the adventures of Marlin (Albert Brooks), his son Nemo (Hayden Rolence) and good friend Dory (Ellen DeGeneres).  Being the utterly forgetful fish that she is, Dory enlists the help of both clownfishes to find her parents (yes, she suddenly remembered!), whom she lost contact with when she was very little.

There are familiar faces like Mr. Ray the stingray and Crush the sea turtle, but this is a brand new adventure with more hilarious characters and a fascinating setting in stored for viewers.  We move from the open ocean to a marine park institute where humans rehabilitate captured ocean life so that they can be released back into the ocean properly.  Comedy, suspense and leaps of faith (some literally) come at you with boundless energy in this largely enjoyable and frenetic romp.

While it ticks the checklist for familiarity, it doesn’t really fall into the conventional trappings of a sequel.  In fact, this is a sequel that is done right, offering thrills and also emotions, particularly warm, fuzzy feelings related to family, companionship and being there for your friends.  It’s not exactly like Toy Story 2 (1999), a high early watermark for Pixar sequels, but it is somewhat more satisfying than, say, Monsters University (2013).

The three new characters that you will find especially endearing are Hank the elusive octopus (or septopus—he's missing one tentacle), Destiny a whale shark with terrible short sightedness, and Bailey a beluga whale who rediscovers his hidden talent to comic effect.

Finding Dory doesn't quite see Pixar exploring new, fascinating ideas, but it's good to see the studio bouncing back with a playful splash after the underwhelming The Good Dinosaur (2015).  What is most thoughtful and utterly love-affirming about Pixar (and Disney) is that, at the end of the end credits, they dedicate the movie to families—of every kind.

Verdict:  A brand new adventure that goes to both familiar and unfamiliar places in this largely enjoyable and frenetic romp in the sea. 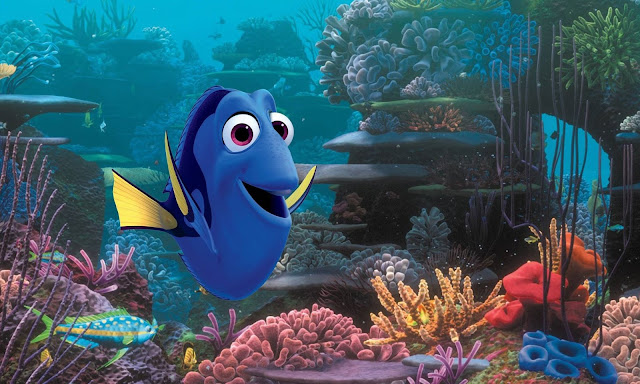 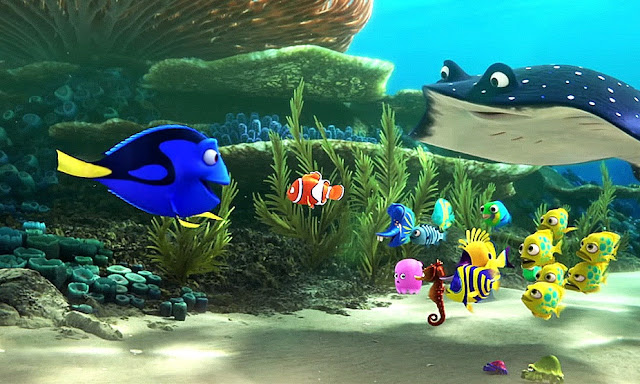 A brand new adventure that goes to both familiar and unfamiliar places in this largely enjoyable and frenetic romp in the sea ~ B+ [ Dir. Andrew Stanton | 2016 | USA | Animation | 97 mins | PG ] FINDING DORY / © Walt Disney Studios #findingdory #andrewstanton #pixar #disney  #animation
A photo posted by Eternality Tan (@eternalitytan) on Jun 16, 2016 at 12:37am PDT