THE SCOOP
Director:  Ritwik Ghatak
Cast:  Rosy Samad, Farid Ali, Fakrul Hasan Boiragi
Plot:  An intertwining of stories that describe the life of fishermen on the bank of the Titas River in Brahmanbaria, Bangladesh.

But with Martin Scorsese's Film Foundation having restored a number of treasured works of world cinema, and releasing under the auspicious label that is The Criterion Collection, we are blessed with rediscovering another major name—Ritwik Ghatak, who along with Mrinal Sen, and a few others, had been criminally underexposed in the West, and even in India.

A River Called Titas, an epic from 1973 that runs more than 2 ½ hours, is one of Ghatak's most beloved films.  Now canonized as a key work, the film is lovingly restored—the opening titles sequence has been reconstructed, and its poetic cinematography is astonishing to behold.

Wide shots of sailboats on the river are elegiac yet beautiful—fishermen from the nearby villages toil aboard, struggling to feed their families and earning little from their harvest.  We bear witness to extreme poverty and tragedy as Ghatak brings us close to these fated communities, said to be lost to the ravages of time.

With an unorthodox storytelling technique that brings us from character to character, A River Called Titas is loose and free-flowing.  The narrative structure is interesting, though not exactly fascinating, meandering to a fault at certain sections.  The film also feels too lengthy, and seems to try too hard to stretch as far as it could with the material.

However, one cannot accuse Ghatak of being unimaginative.  Mixing wistful surrealism with the harsh reality, the director calls attention to his mise en scène by having dreamlike, hallucinatory sequences intercut with elemental scenes of heavy rain.

In an extraordinary shot leading up to the 'intermission', the pouring rain threatens to overwhelm the camera—and our vision—creating an almost ethereal moment that feels as if we are seeing still life through a glass aquarium.

I hope more cinephiles get the chance to see A River Called Titas.  Even if it isn't a very entertaining film in my opinion, its sheer rarity—but now made more accessible by Criterion—means it ought to be regarded as a towering work of Indian cinema by any measure.

Verdict:  Now canonized by The Criterion Collection, Ghatak’s beloved tragedy about the poor fishing villages on the banks of the river Titas is meandering to a fault, but is imaginative and poetic. 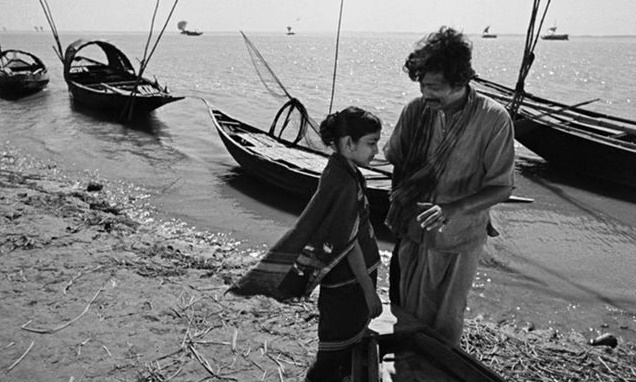 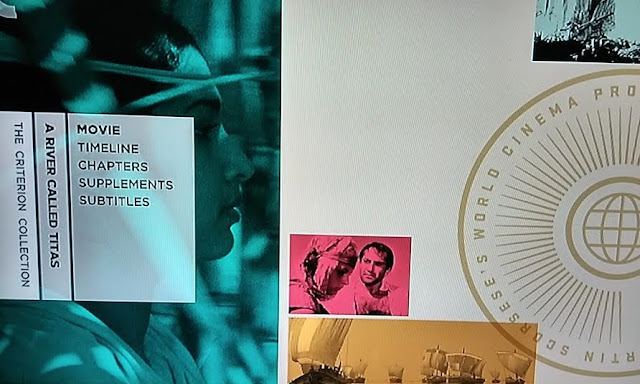 Ritwik Ghatak's beloved tragedy about the poor fishing villages on the banks of the river Titas is meandering to a fault, but is imaginative and poetic ~ B+. [1973 | India | Drama | 156 mins] A RIVER CALLED TITAS / © Habibur Rahman Khan  #ritwikghatak #arivercalledtitas #indiancinema #filmfoundation #criterioncollection
A photo posted by Eternality Tan (@eternalitytan) on Jun 5, 2016 at 10:37am PDT