THE SCOOP
Director:  Gianfranco Rosi
Plot:  Capturing life on the Italian island of Lampedusa, a frontline in the European migrant crisis.

Gianfranco Rosi has accomplished something of a rare feat, and for a documentary filmmaker no less, by winning the Venice Golden Lion (for Sacro Gra in 2013) and the Golden Berlin Bear for his follow-up, Fire at Sea.  While I had reservations towards his overrated and underwhelming previous film, his latest is every bit deserving of top honours.

A remarkable work that is also tremendously urgent, Fire at Sea documents the troubling migrant crisis from the vantage point of the Italian island of Lampedusa, home to laidback fishermen and their families.  It is, however, also at the receiving end of hundreds of overcrowded boats that arrive at the island in search of refuge.

Many do not survive during the journey, and nobody really knows how many of these boats have been lost in the fire of the sea's belly.  This is heartbreaking and distressing for some of the townsfolk, particularly its marine rescuers and doctors.  The rest, including a boy who wanders the island's natural habitat with a self-made catapult, go on with their daily lives—learning boating, cooking, and dedicating songs to their loved ones through the town's only radio deejay.

Rosi’s paints two disparate pictures, seemingly unrelated except through geography.   He gives us shots of the island’s terrain and shots of the sea, juxtaposing their tranquility and imagined terror respectively, all without giving us any semblance of narrated context.

The closest we come to having some kind of background—to the migrant crisis—is a painfully-felt sequence of a man singing-lamenting their journey of exile.  It’s one of the documentary’s most emotional moments.  Rosi’s camera also doesn’t shy away from the dead bodies that come with the boats.  It doesn’t prolong on them, but we see enough to be devastated.

But perhaps what is most telling—or perhaps most symbolic—of the never-ending migrant crisis comes from the actions of the aforementioned boy.  In a number of scenes, including the final shot, he imitates holding a machine gun and firing at will into the horizon.  That’s the reality—somewhere beyond that horizon, massacres are happening, people are fleeing, and boats are coming.

Verdict:  A deserving Golden Berlin Bear winner that powerfully documents the troubling migrant crisis from the vantage point of an Italian island and her life-goes-on inhabitants. 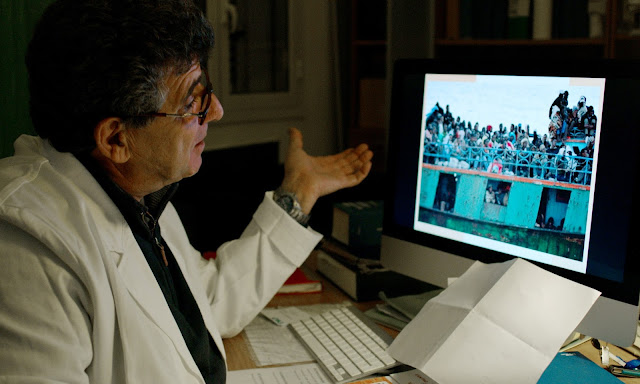 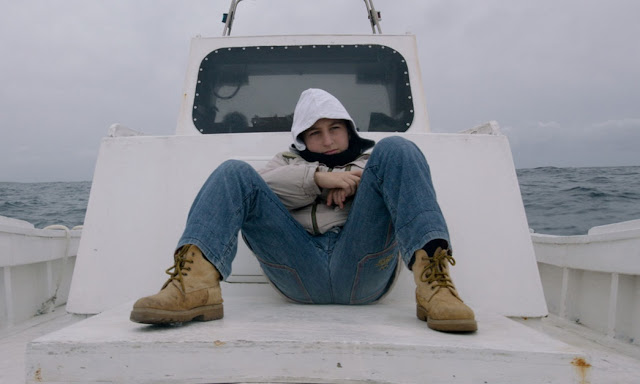