“No one goes to the movies anymore, and no one remembers us anymore.”

Anyone who is new to the works of Malaysian-born Taiwanese auteur Tsai Ming-liang would be hard-pressed to find a palatable entry point to his canon.  Many of his films are inaccessible in every sense of the word—boring as hell to the common folk, perhaps even too arthouse for purveyors of world cinema, and quite literally a tall order to find a copy with decent transfer, especially for his earlier films.

So in that context, Goodbye, Dragon Inn presents itself as a welcoming sight.  It is about an old cinema coming to a close, screening its last film, King Hu's swordfighting classic Dragon Inn (1967), to an empty theater on a miserable rainy night.  A few people bother to turn up, including an old man and (presumably) his grandson, and a wandering Japanese tourist likely to be seeking refuge from the downpour.  Surely a movie about the movies would be the best place to start with Tsai?

In many ways, yes.  Goodbye, Dragon Inn is not just an elegy to the demise of the ‘cinema’—both films and spaces—of the 20th century as we had experienced it, but through its pedestrian if oddly haunting pacing, it is also effective as a ghost movie.

The Japanese dude has benign encounters with apparitions, and with Hu's film playing in the background, we bear witness to how films are essentially spectral images of the past, and how the cinema hall is an appropriation of the cemetery, a communal if also cultural space for both living and dead to reconnect, remember and nostalgicize.

Yet Tsai also laments the inevitability of decay and death.  And he does so delicately through his craft of slow cinema, giving us time to orient ourselves with the space and its two main inhabitants—the projectionist of 35mm film reels (played by Tsai regular Lee Kang-sheng) whom we see sporadically, and the lonely box-office lady (played by Chen Shiang-chyi) who has a bad leg that I suspect was from a terrible fall from the myriad of stairs she has to climb every day.

All in all, Goodbye, Dragon Inn is a minimalist film with stark but poetic long takes, and rather peculiarly, doesn’t have a line of spoken dialogue till the 45th minute.  It also captures a fading memory that yearns to be reclaimed.

Verdict:  An elegy to the demise of the ‘cinema’—both films and spaces—of the 20th century as we had experienced it, all to the pedestrian if oddly haunting pacing of Tsai’s delicate craft. 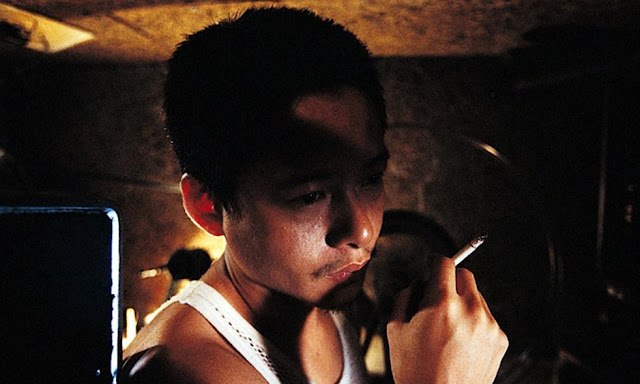 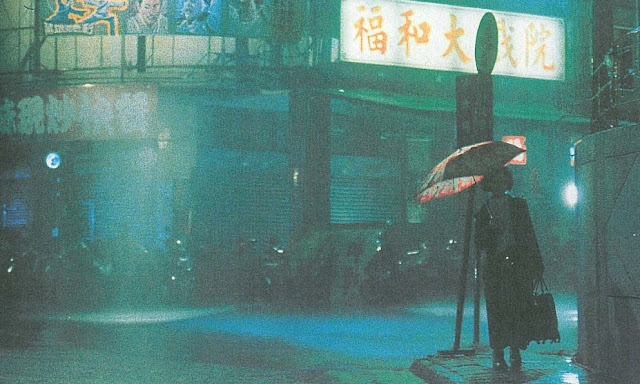 An elegy to the demise of the ‘cinema’—both films and spaces—of the 20th century as we have experienced it, all to the pedestrian if oddly haunting pacing of Tsai’s delicate craft ~ 3.5*/B+ [ Dir. Tsai Ming-liang | 2003 | Taiwan | Drama | 82 mins | PG ] GOODBYE, DRAGON INN / © HomeGreen Films #goodbyedragoninn #dragoninn #tsaimingliang #kinghu #asiancinema #taiwan #taiwanese #drama #cinema #elegy #haunting #ghost #venicefilmfestival
A photo posted by Eternality Tan (@eternalitytan) on Aug 14, 2016 at 7:10am PDT