THE SCOOP
Director:  Masaki Kobayashi
Cast:  Tatsuya Nakadai, Michiyo Aratama, Chikage Awashima
Plot:  A Japanese pacifist, unable to face the dire consequences of conscientious objection, is transformed by his attempts to compromise with the demands of war-time Japan.

“Can't you see?  Force has meaning only when overcoming tyranny.”

We see a lot of Tatsuya Nakadai, the other legendary Japanese superstar actor besides Toshiro Mifune, here in The Human Condition, a mammoth 9.5-hour epic split into three parts.  The director is Masaki Kobayashi, never ever mentioned in the same breath as the likes of Kurosawa, Ozu and Mizoguchi, but has nevertheless strongly held his weight with such films as Harakiri (1962) and Kwaidan (1964).

The Human Condition is no doubt his most admirable feat, and judging by the first film alone, any sense of how lengthy it would feel to tackle the trilogy is cast away by its page-turner style of storytelling.  No Greater Love, as it is titled, is the longest of the trio.  The complete epic is adapted from Junpei Gomikawa’s six-volume book of the same name, hence its novelistic nature.

Nakadai embodies the character of Kaji, a man who if given a choice would lead everyone to peace.  But it is wartime, WWII precisely, and any logical or ethical notion of humanity is thrown away.  Set largely in a labour camp with Chinese workers toiling under the brutal hands of the Japanese, The Human Condition is an anti-war treatise and a chronicler of one man’s futile fight against a gargantuan, uncompromising system.

In order to escape being conscripted to fight in the war, Kaji is sent to the camp to improve production goals.  On the first day, he comes in with theoretical confidence in his method—treat all prisoners-of-war nicely, and they will work hard to produce the goods.  Kaji's radical ideas are put to the test with much controversy, not to mention creating a debilitating sense of mistrust by both the Japanese and the Chinese.

All these make up the drama that powers the film for its length.  There are some incredibly potent scenes that unfold with heartbreaking intensity.  One of them involves a cattle train pulling up in the countryside (we learn that it brings a new batch of Chinese slaves), but when the doors open, it is a harrowing sight of countless malnourished and suffocated zombie-like men who seem to not have seen the light of day.

Another involves an order to behead a group of Chinese men who were alleged to have tried to escape from the camp.  This is possibly the most riveting—in its helpless inevitability—part of the film, almost as emotionally destructive as the climax in Kubrick’s Paths of Glory (1957).

In a nutshell, Kobayashi’s mammoth war epic remains to be a cornerstone in the history of Japanese cinema.  If you can complete the first film without a hitch, I’m sure you will be psyched up for the next two.

Verdict:  The first part of Kobayashi’s mammoth humanist war epic has its fair share of powerful moments, building up to a helpless inevitability. 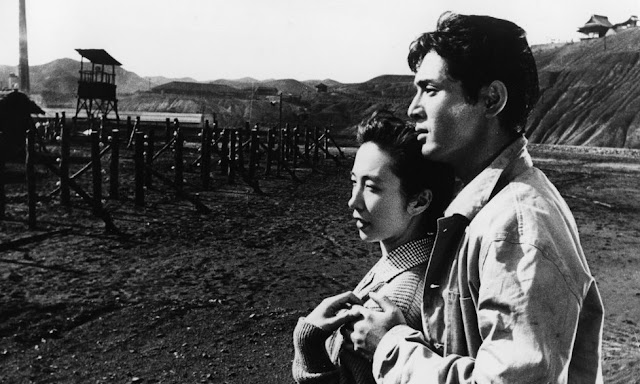 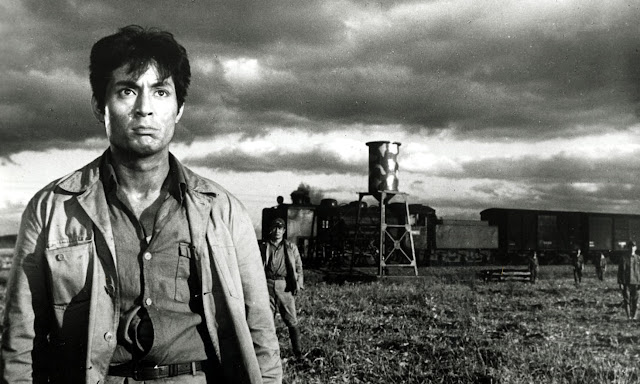 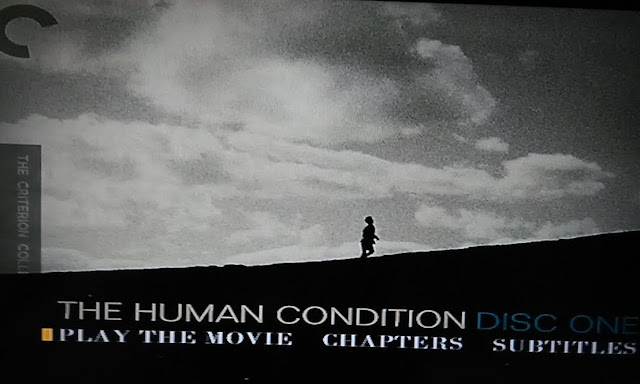