THE SCOOP
Director:  Michael Dudok de Wit
Plot:  The dialogue-less film follows the major life stages of a castaway on a deserted tropical island populated by turtles, crabs and birds.

IN RETROSPECT (Spoilers: NO)
According to a pre-screening introduction by director Michael Dudok de Wit, when Studio Ghibli contacted him to collaborate on a feature-length project after seeing his superb Oscar-winning animated short, Father and Daughter (2000), he immediately wrote back to express interest (and disbelief).  Who wouldn’t?  The result after nearly ten years of toil is an understated work of incredible beauty, and of deep spareness.

The Red Turtle is not for everyone—it is a slow, dialogue-less film with an arthouse sensibility, though some of its aesthetics and tone remind of the familiar sense of Ghibli wonderment.  For example, the recurring motif of monkeying crabs is a source of fascination (and comic relief), much like, say, the soot balls in Spirited Away.  There are also scenes of the natural woods that look similar to the bamboo forest in Isao Takahata’s The Tale of the Princess Kaguya (2013).  Not surprisingly, Takahata served as artistic producer for The Red Turtle.

However, any Japanese-ness is neutered by its anglicised main character, suggesting a more European physical look and demeanour, whose self-agency is always thwarted by something at sea.  He is stuck on an island after surviving a shipwreck and realise his only hope is to find salvation at sea.  Or so he thinks.

The Red Turtle is a Robinson Crusoe, Cast Away-type tale, made in a medium that gives its creators free reign to explore the existential struggle between isolation and companionship.  The titular creature is a magical animal whose presence is ambivalent.  It is also key to the director’s perspective on the circle of life, and the passing of time—not just an expansion of the themes explored in Father and Daughter, but also philosophical preoccupations that we need to come to terms eventually as mortal beings.

Depending on how you read the film, it is either an ode to joy (of living with hope through imagination), or an elegy for Man’s ultimate loneliness.  Either way, The Red Turtle provokes in ways that animation rarely try.  After all, it’s one thing to create a dialogue-less animated film set in a culturally-rich context with human and social signifiers—the Tati-adapted example, The Illusionist (2010), by Sylvian Chomet comes to mind—and another thing altogether to set a wordless story against the great silence and enigma of nature.

Verdict:  Beautiful but spare, the animation works best as a metaphor for life and the existential struggle between isolation and companionship. 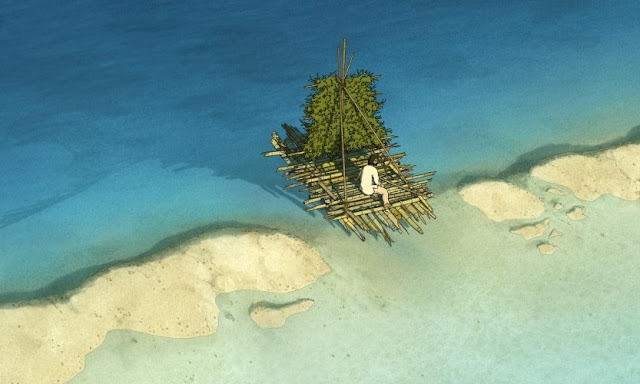 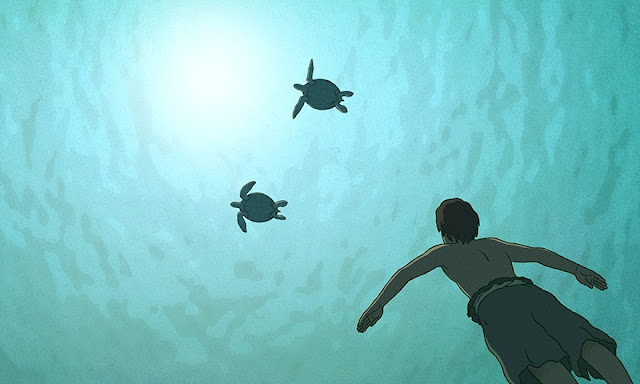