When Zhang Yimou was first attached to The Great Wall, some of us thought we would be getting a historical biopic, a kind of The Last Emperor-type picture.  Everything changed and countless knives were sharpened when the first trailer was released.

Amid calls of whitewashing (Matt Damon as white saviour), Zhang selling out as a filmmaker (he has sold out before, but not on this scale as it seems), and historical revisionism that appears culturally blasphemous, The Great Wall will certainly be remembered most in years to come to be the first case study of its kind—an example of an unprecedented blockbuster-scale Chinese-Hollywood co-production.  Whether it succeeds or fails (it will more or less fail with critics) at the box-office of the two major markets it intends to serve, we will get a clearer picture in time to come.

Based on a myth that monsters will attack the Wall every 60 years, Zhang's film is conceptually absurd, but tolerable once you get into the thick of action, which to the film’s credit, comes very quickly.  We follow Damon as he escapes some hostile bandits before he arrives at the foot of the Wall, only to realize that behind it lies a gargantuan Chinese army, weapons loaded and aimed at him.

Of course, we all know there’s a much greater threat out there.  If Japan had Gojira, and South Korea had that thing from The Host (2006), then (ancient) China now has its screen equivalent—the Taotie.  Mega-loads of them, like some kind of World War Z apocalyptic scenario.

The Great Wall is fairly entertaining inasmuch as it is a CG-fest with spectacular visual flourishes.  Zhang’s use of colours (though more muted than his usual standards) and his knack for giving us artful moments of pure visual poetry (a scene featuring lanterns in the sky is probably the closest you will get to a faux sense of transcendence) remain largely intact.

The historical fantasy, however, falls into the no-risk territory of generic filmmaking.  Its storytelling is so mechanical and the dialogue so stilted that any attempt at character development feels utterly futile.  But then again, are we that keen to know the back stories of the main characters, when we are bombarded left, right, and center with fierce man-monster battles with gimmicky slow-mo emphases?

If Coming Home (2014) suggested a welcome if belated return to the great heights of his early work—the Red Sorghums and the Red Lanterns—The Great Wall is as complete a U-turn as you will ever see.  Though not unexpectedly, because on hindsight, his experiences working on the likes of Hero (2002), Curse of the Golden Flower (2006), the Beijing Olympics Opening Ceremony, and The Flowers of War (2011) seem to have shaped his trajectory to become the commercially opportunistic and pro-China filmmaker that he is today.  He wouldn’t have made, or had a chance to make a movie like The Great Wall if those four projects didn’t come to fruition.

Verdict:  Fairly entertaining inasmuch as it is a CG-fest ‘historical fantasy' with spectacular visual flourishes, but ultimately generic and mechanical in its execution. 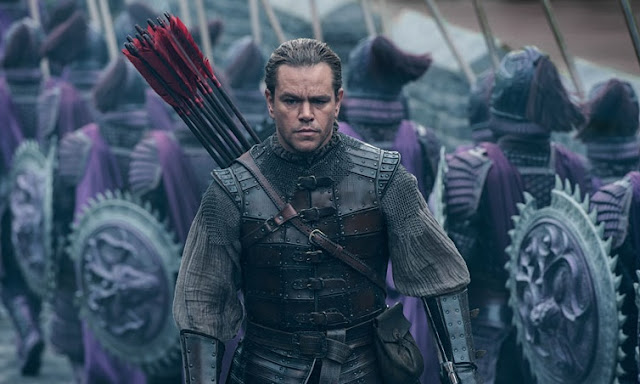 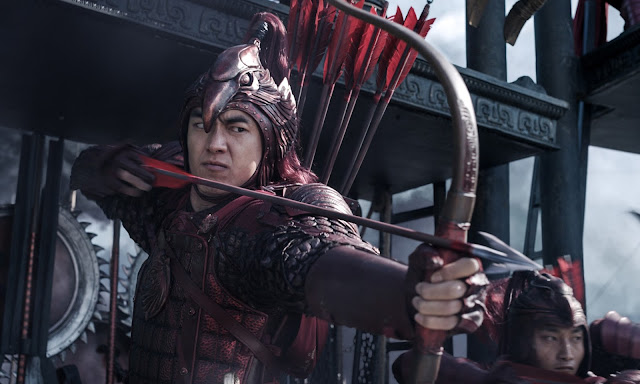