“He who shouts loudest isn't always the bravest.”

The story of Kaji (Tatsuya Nakadai) continues in the second part of Masaki Kobayashi's The Human Condition trilogy, titled Road to Eternity.  Told in two chapters, the three-hour long epic sees the headstrong man suffer the fate and indignation of being a recruit undergoing basic military training.

Forced by the Japanese army to do so as ‘punishment’ for adopting pacifist ideals and having a humanitarian heart towards Chinese prisoners (the subject of the first film, No Greater Love (1959)), Kaji, ever so determined to last the course, spiritedly endures the hardship and constant physical and verbal assault from his superiors.

Much like the structure of Kubrick’s Full Metal Jacket (1987), Road to Eternity is split into two halves—training and war.  The gruelling daily lives of recruits, pushed to their limits so that they could fight at the front, is a regressively dehumanizing experience for them.

There is so much screaming and slapping going on that it is sometimes oddly amusing to see how and why men when camped together would resort to tactics to flaunt their perceived masculinity in a homo-sadomasochistic way.  Kaji, embattled but never defeated, works his way around the system, tirelessly defending the weak.

Kobayashi once again delivers a well-executed film, which I feel is even more riveting than the first.  Three hours feel like ninety minutes in what is the cine-equivalent of a page-turner.  In a bittersweet counterpoint to men and war, a sequence in the film sees Kaji's wife, desperate to visit him despite the torturous journey, spending the night with him in a camp storeroom.  It is a beautiful, elegiac moment that poses the age-old question (though I’m sure not intended by Kobayashi): Why make war when one can make love?

The final hour or so sees the Japanese army getting ready to be attacked by Soviet forces.  As far as depictions of war go, Kobayashi’s film captures the fear and chaos of battle with a clear anti-war eye.  Because we know so well the emotions and values of Kaji, we come to sympathise with his predicament from a human level.  More Kajis are direly needed in powerful positions around the world, less the human race careens into the irreversible that is the next world war.

Verdict:  The second part of the trilogy is a riveting and well-executed ‘Full Metal Jacket’-esque treatment of basic military training and the horrors of war. 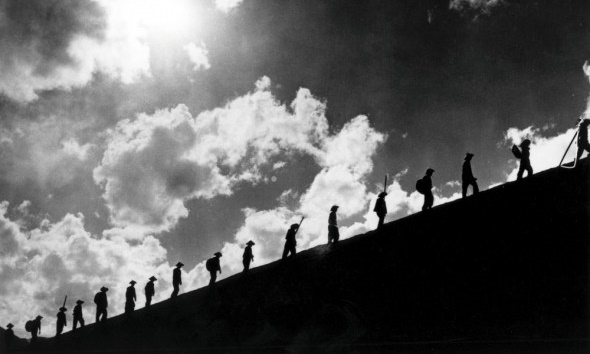 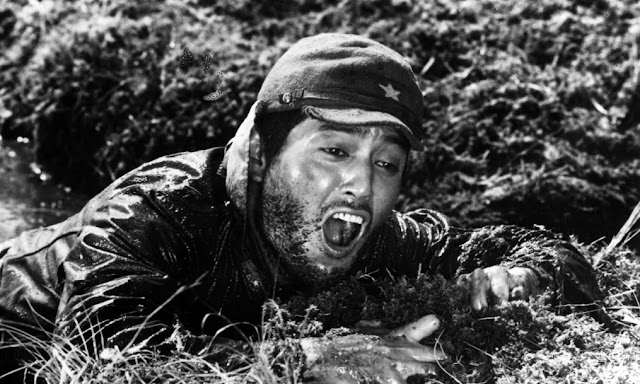 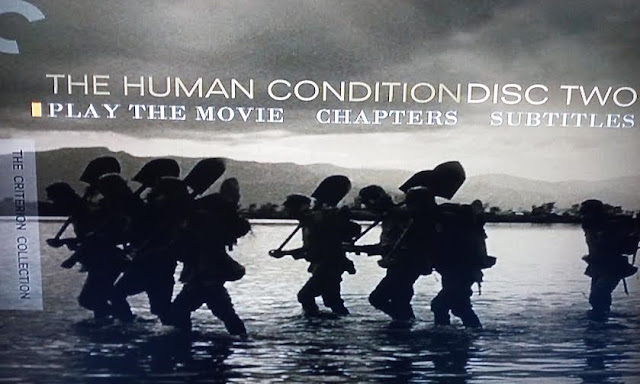