THE SCOOP
Director:  Naomi Kawase
Cast:  Shigeki Uda, Machiko Ono, Yôichirô Saitô, Kanako Masuda
Plot:  A care-giver at a small retirement home takes one of her patients for a drive to the country, but the two wind up stranded in a forest where they embark on an exhausting and enlightening two-day journey.

Naomi Kawase has had a great relationship with the Cannes Film Festival.  Her first feature, Sukazu (1997), won the Camera d’Or, and her third feature, Shara (2003) competed in the Palme d’Or category.  Of course, her highest-awarded triumph to date is still her unexpected Grand Jury Prize win at the festival with The Mourning Forest, a film of two halves that still confounds critics and viewers alike.

Putting aside the debate on whether Kawase really deserved the award, at least the spotlight on the then emerging female filmmaker from Asia had been cast.  Today, Kawase is regarded as one of the shining lights of contemporary Japanese cinema, thanks to the exposure of her works at the festival on many occasions.

The Mourning Forest is easily accessible to the casual moviegoer inasmuch as it is a straightforward story of a young woman and an old man on their respective journeys to come to terms with grief.  Its approach, at least in the film’s first half, is not any different from the typical Japanese drama.  The characters and setting are established (they reside in a small retirement house in the countryside).  Most of them have lost their beloved, or are suffering from physical or mental disabilities, and are spending their twilight years being comforted by the facility’s care-givers.

We come to learn of the aforementioned old man Shigeki (Shigeki Uda), who has dementia and prone to the occasional tantrum, but longs to search the local forest to connect with his long deceased wife again.  His nurse, Machiko (Machiko Ono), also grieving for her dead child, reluctantly sets off on the forest journey with him.  Before all of that, they share a joyful sequence of hide-and-seek on a cultivated patch of greenery, giving the film some of its most striking images.

The second half of The Mourning Forest is an exercise in counter-treatment marked by an indescribable sense of tranquillity and ‘silence’ as the duo succumbs to the beauty and fury of nature in their path to (is it?) enlightenment.  There is minimal dialogue, plenty of trekking, and lots of sounds of nature.  It loosely reminds me of the last half of Tropical Malady (2004), but Weerasethakul’s work is more mysterious than melancholic.

The Mourning Forest is, however, no less enigmatic.  I find what some critics have described of the film—‘meandering’ and ‘ponderous’—instead to be fascinating.  I think Kawase is trying to grasp at something elegiac in its final moments, perhaps engaging with the ephemeral nature of existence, or the philosophy of time.  Time, in fact, seems to stand still in the last ten minutes of the film, as we (with the characters) are caught in a zone between death and (re)birth.  I find it deeply moving.  The film calls it the end of mourning.

Verdict:  There’s a certain indescribable sense of tranquility and ‘silence’ to this beautiful melancholic work that is as much about grief as it is about the end of mourning. 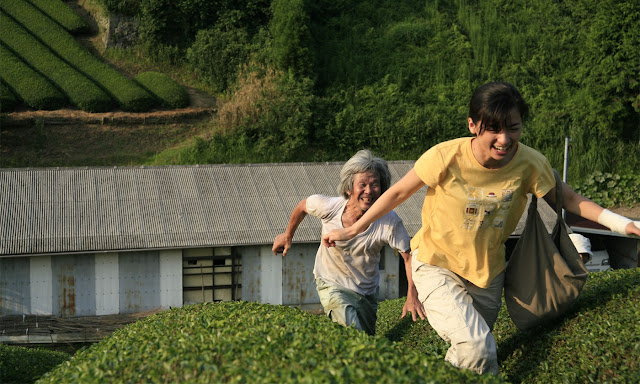 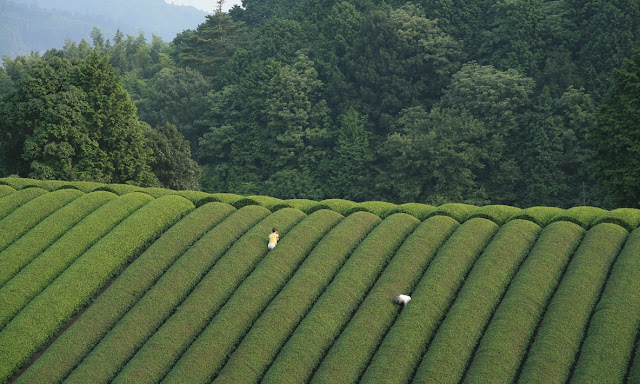 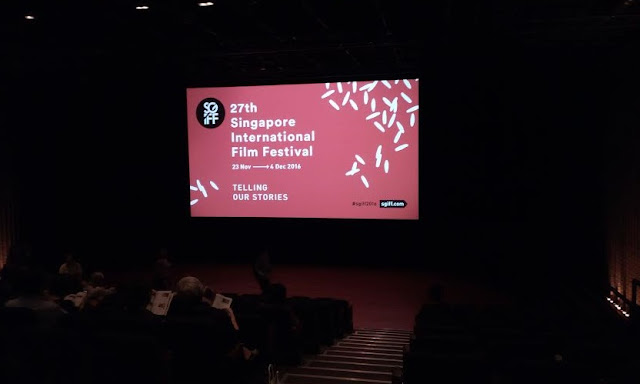 There’s a certain indescribable sense of tranquillity and ‘silence’ to this beautiful melancholic work that is as much about grief as it is about the end of mourning ~ 4*/A- [ Dir. Naomi Kawase | 2007 | Japan | Drama | 97 mins | NC16 ] THE MOURNING FOREST / © Dreamachine #themourningforest #naomikawase #japan #japanesecinema #cannesfilmfestival #grandjuryprize #mourning #grief #melancholy #life #death #healing #worldcinema #sgiff #sgiff2016
A photo posted by Eternality Tan (@eternalitytan) on Dec 19, 2016 at 4:01am PST