“If you could see your whole life laid out in front of you, would you change things?”

If Incendies (2010), Enemy (2013), Prisoners (2013) and Sicario (2015) have established Denis Villeneuve as a consummate filmmaker, Arrival ratifies his status as one of the most consistent and truly fascinating directors working today.  Some have called it a dress rehearsal for BladeRunner 2049 (2017), and if Arrival is any indicator, do expect huge things to come from this guy.  It has been a privilege seeing such a talented filmmaker grow into his own in the last five years.

Arrival is as much a science-fiction film as it is a humanistic drama that eschews action for a more existential spread of ideas and ideals.  It is a dialogue-driven film, not surprisingly as it is also a linguist's wet dream.  Amy Adams (in a remarkable, sensitive performance) plays Louise Banks, a renowned linguist who is tapped by the US military to partner physicist Ian Donnelly (Jeremy Renner) in an attempt to translate and make sense of alien communications.

Why are the aliens here, housed in their humongous, vertical ‘spaceship’ (there are many such objects in other parts of the world) that mysteriously floats above the ground?  It may be the main question on everyone’s lips, but Arrival is more than just seeking rationalisation and answer; it is a film about the need to connect—between human and alien, between human and human, and between nation and nation (such a sensitive and divisive issue moving into 2017).

Through Villeneuve’s assured direction, and a superb screenplay by Eric Heisserer (based on Ted Chiang’s ‘Story of Your Life’), Arrival is rich in atmosphere, marked by its themes of love, loss and self-discovery, which are often expressed through a mix of melancholy and disquietude.  The ‘look’ of the film, according to the director, is also intentionally dark and murky (lensed by the up-and-coming Bradford Young), as if the entire movie was a bad dream on a rainy morning.

It is also tense when it needs to be.  The first time Louise goes up into the ship is why we go to the movies—it is a sequence where Villeneuve has perfectly summoned the power of imagery and sound.  Composer Johann Johannsson’s work is crucial, straddling between music and sound design, and is without a doubt my favourite score of the year (its disqualification from Oscar contention is an extremely sore point).

The nature of time has always been an unending source of inspiration for sci-fi films.  In Arrival, it is treated rather originally.  Man has grappled with past, present and future for many centuries.  The film asks of us to see time as unbound from itself.  It sets us thinking in uncommon ways, and with uncommon depth.

Godard once said that a movie should have a beginning, middle and end, but not necessarily in that order.  Time, as it seems, ought to be reconciled in that manner.  After all, as replicant Roy Batty had said with profound wisdom in Blade Runner (1982), “…all those moments will be lost in time, like tears in rain.”   This is one of 2016’s finest films.

Verdict:  You are in the hands of a consummate filmmaker bringing both science-fiction and humanistic elements seamlessly together in a film that is one of 2016’s finest. 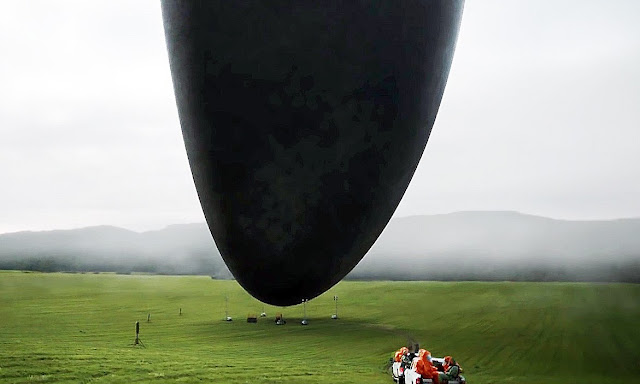 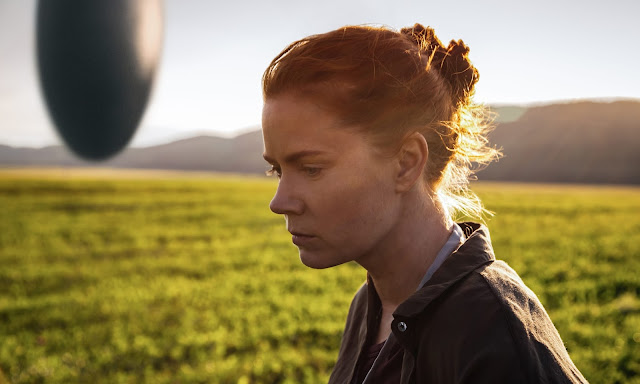 You are in the hands of a consummate filmmaker bringing both science-fiction and humanistic elements seamlessly together in a film that is one of 2016’s finest ~ 4.5*/A [ Dir. Denis Villeneuve | 2016 | USA | Drama/Sci-Fi | 116 mins | PG13 ] ARRIVAL / © Sony Pictures #arrival #arrivalmovie #denisvilleneuve #amyadams #jeremyrenner #forestwhitaker #bradfordyoung #johannjohannsson #scifi #linguistics #alien #humanistic #venicefilmfestival
A photo posted by Eternality Tan (@eternalitytan) on Jan 11, 2017 at 6:49am PST