Malaysian filmmaker Tsai Ming-liang broke into the arena of world cinema in the early ‘90s with the confidently-mounted Taiwanese film, Rebels of the Neon God.  Despite being his first feature, it remains to be one of his very best, and I daresay as solid a picture as Tarantino’s Reservoir Dogs (1992), also produced in the same year, both exuding the spirit of creative independent filmmaking, as well as laying down some of the markers that would make each a unique auteur of repute.

Tsai’s film grapples with the ennui of the decade’s youth listlessness, featuring shots of these young people on motorcycles, riding aimlessly along the roads, getting drunk, smoking, trying to get laid, getting involved in petty crimes, and of course, drowning themselves in coin-operated arcade games.

We meet a resourceful ‘bad boy’ duo—Ah Tze (Chen Chao-jung) and Ah Bing (Jen Chang-bin)—stealing coins from a public payphone, which gives them just about enough money to survive the day.  They chance upon a girl, Ah Kuei (Wang Yu-wen in a Golden Horse-nominated performance), who works part-time at a skating rink, striking up a relationship with her.  She desires companionship, but is confounded by ideas of love.  All these make up one part of the film’s narrative.

The other connecting thread focuses on Hsiao-kang, a ‘good boy’ with proper education and a family that appears ambiguously supportive.  He is played by the brooding Lee Kang-sheng, who would go on to star in every Tsai film.  Hsiao-kang is one of those boys teetering at the edge of the cliff—finding no meaning in his life, he is tempted to fall through the cracks of society.

Tsai’s film can be seen as a loose companion piece to Hou Hsiao-Hsien’s later Goodbye, South, Goodbye (1996), which depicts uncouth young people engaging in small-time crime in the backwaters of Taipei.  In some way, Hou’s work is a forecast of the kind of alienating future the quartet in Tsai’s film would possibly find themselves in if they continue down this path.

Hsiao-kang, however, is the most fascinating character—he operates like a lone wolf with erratic behaviour.  According to his mother, he is the reincarnation of the Neon God.  As if self-fulfilling the prophecy, and in a youth-in-revolt Travis Bickle-wannabe fashion, he becomes quietly against everything that is nihilistic about society.

The accompanying score, a piece of amusing, groovy electronic rhythm that recurs sporadically, encapsulates the film’s never-ending cycle of triviality and cynicism, one that is portrayed with such stylistic aplomb by a gifted filmmaker that we find ourselves tempted to fantasize teetering at the edge of our own cliffs—well, just for kicks.

Verdict:  Still one of Tsai’s very best, this is a solid feature debut that grapples with the ennui of ‘90s youth listlessness with stylistic aplomb. 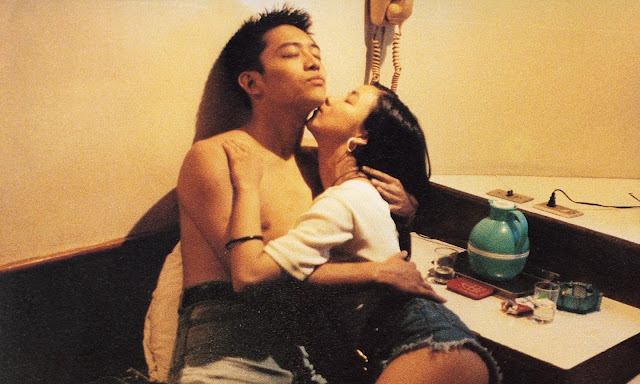 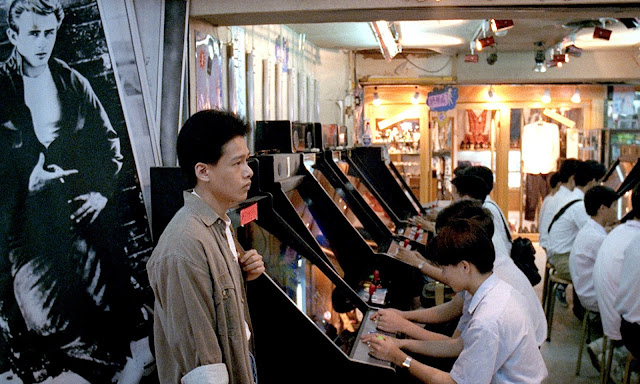