Snug in between Taipei Story (1985) and A Brighter Summer Day (1991), The Terrorizers marks the artistic levelling up of Edward Yang as a filmmaker, who would find in himself the ambition and ability to create even more powerful cinema that illuminates the human condition.

The Terrorizers is certainly not as sprawling and all-encompassing as A Brighter Summer Day or Yi Yi (2000), but it is arguably Yang's most complex work.  It is a tale of intersecting narratives, centering on the stories of three different couples whose lives would intertwine with one another, quite like the early films of Alejandro Gonzalez Inarritu such as Amores Perros (2000) and 21 Grams (2003), which were made more than a decade later.

Yang’s work here achieves a metaphysical quality, built on themes of coincidence, nihilism and futility.  It is not exactly a bleak film, but it captures the malaise of urban existence, marked by a sense of being trapped in a cycle of despondence and glumness.

Yang has always been interested in urban relationships, a far cry from his counterpart and fellow master filmmaker Hou Hsiao-Hsien, whose early films such as A Summer at Grandpa’s (1984) and A Time to Live, a Time to Die (1985) often detailed with much lyricism and nostalgia the lives of intergenerational families living in rural areas.

In The Terrorizers, Yang continues his fascination with urbanity through its people and spaces.  Taipei city, a symbol of Taiwanese pride and economic vibrancy, conceals a darker force of stagnation and dispiritedness.  And in the aforementioned three couples—whose characterisation and place in the film’s narrative arc are too complex to be described here—we are privy to their interconnectedness, and how a series of cause-and-effect scenarios affect their lives drastically.

I must mention one character, a writer struggling to pen her first fiction (is it really?) novel.  Yang cleverly makes use of the dialectic between imagination (arising from the limitlessness of fiction) and reality (arising from the mundanity of life), in particular during the picture’s widely-debated final act to construct a film that exposes our preoccupation with seeking for a singular truth to the world that we live in.

In short, we want answers.  In Singapore, the answers seem to be dictated through structure and routine—but we remain unfulfilled.  We all need that bit of imagination and rebelliousness to spark us from our collective rat race-chasing, system-worshipping stupor.  The Terrorizers is not just a competently-constructed stunner; it is also Yang’s warning to urban dwellers to break free of that toxic, self-terrorizing cycle. 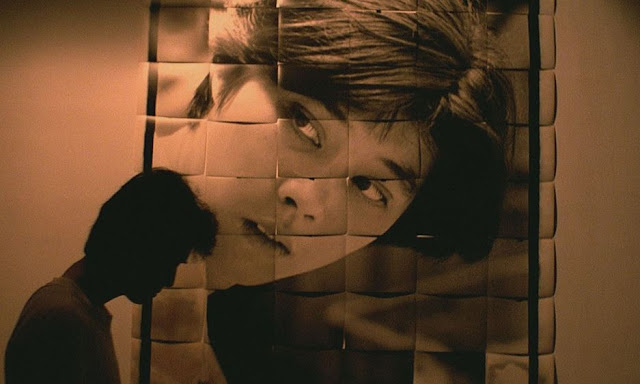 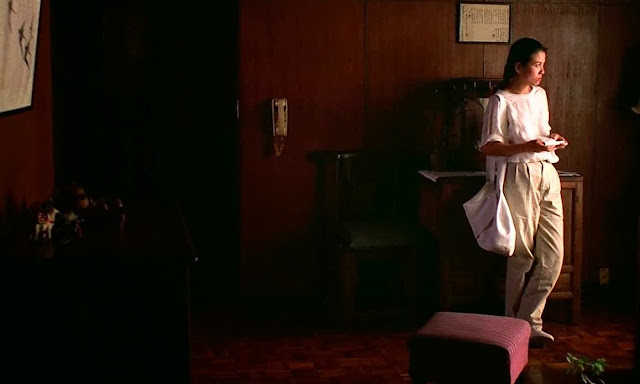