Finnish films are a rarity in Singapore.  The only way to see them on the big screen is through festivals like the European Union Film Festival (EUFF).  The Happiest Day in the Life of Olli Mäki (what a mouthful of a title) is Finland's selection for this year’s EUFF, and as the winner of the Cannes Un Certain Regard Award in 2016 (a category which featured our very own Apprentice (2016), by Boo Junfeng), it comes highly-praised.

This is Juho Kuosmanen's feature debut, shot in black-and-white that captures the early ‘60s with poetic style.  There’s a soft grey-ness to the grainy visuals which gives the film a sense of serenity, much like the main character Olli (Jarkko Lahti in an excellent performance), who wants inner peace amid the chaos and media circus leading up to his much-anticipated fight for the World Featherweight Title against the experienced American boxer Davey Moore on Finnish soil.

One might draw aesthetical comparisons with Scorsese’s Raging Bull (1980), but all comparisons should end there.  Kuosmanen's film is not intended to be a biopic; neither is it a boxing or sport movie in the purest sense.  Instead, it is best seen as a nuanced romance film.  Olli falls in love with a woman, Raija (Oona Airola), at “the shittiest time possible”, according to his manager, and it is Olli's desire to experience the bliss of romance that causes friction among all parties concerned.

To Kuosmanen's credit, Olli Mäki doesn’t follow the trajectory of a conventional movie.  The point of focus is certainly on Olli, but it is always shifting from his preoccupations with Raija, to the pressure of being a potential national hero, and being himself.  Through Olli’s poker-face interactions with everyone, we can’t really pinpoint what he’s really thinking at any moment, hence giving us a sense of the ever-changing fluidity of the character’s psychological and emotional make-up.  In turn, that keeps us engaged in a refreshing way.

Michael Nordine of ‘Village Voice’ says that the film “isn’t a knockout, but it does go the distance.”  I have similar sentiments.  Olli Mäki isn’t an exceptional film, though it is a very good first feature.  The filmmaking is assured, and it is good to see younger Finnish directors like Kuosmanen stepping up in the right direction.  After all, the country can only rely on their best-known cinematic export, Aki Kaurismäki, for that long.  And he has said that he wants to retire for good… 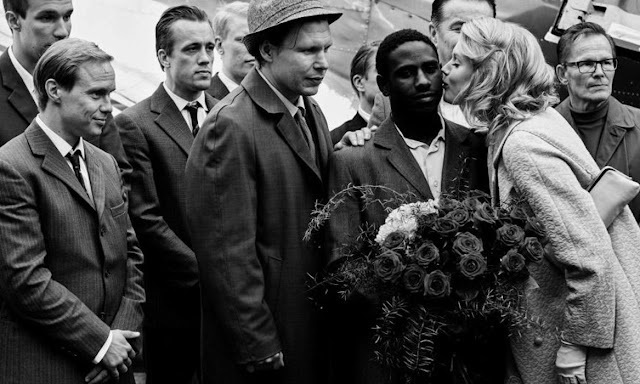 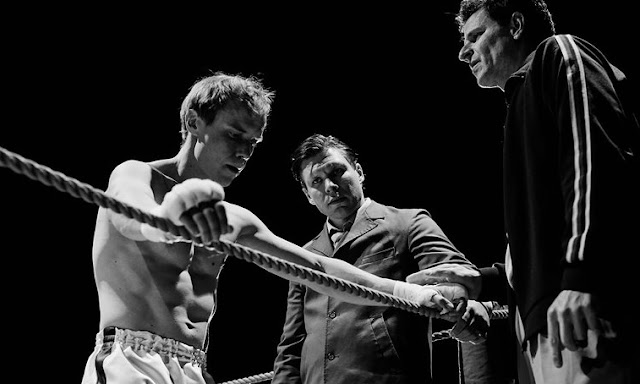