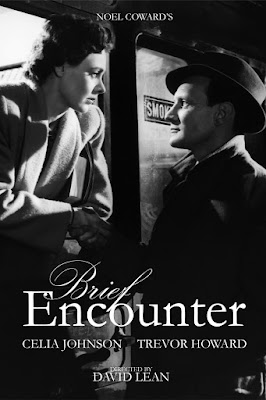 THE SCOOP
Director:  David Lean
Cast:  Celia Johnson, Trevor Howard, Stanley Holloway
Plot:  Meeting a stranger in a railway station, a woman is tempted to cheat on her husband.

IN RETROSPECT (Spoilers: MILD)
David Lean made only five motion pictures in the last three decades of his life.  Often, his name is inseparable from gargantuan filmmaking.  Apart from Cecil B. DeMille, there's no other filmmaker in cinema who can epitomize the epic genre as greatly as Lean.

Most well-known for his massive Oscar-winning biopics such as Lawrence of Arabia, Doctor Zhivago, and The Bridge on the River Kwai, the larger-than-life British stalwart also made one of the best British pictures of the 1940s - Brief Encounter.

Brief Encounter is short, romantic, and almost poetically beautiful.  It's a much focused picture because for most parts it solely centers on the two main characters, Laura and Dr. Harvey (played by Celia Johnson and Trevor Howard respectively).

It's no ordinary love story and the credit goes to Noel Coward who has written the screenplay to brilliant effect.  The character development of the two lovebirds goes beyond what cinema is able to offer; Johnson and Howard bring so much realism and poignancy to their roles that it becomes a story of our lives with characters that we can strongly relate to.

How Brief Encounter is presented is very special.  Very often viewers will hear what’s on the mind of Laura as she recounts how she met Dr. Harvey on an ordinary day at a railroad station.  This is punctuated with actual dialogue from the two leads themselves.

Filmed in black-and-white, the texture of the shots is both smooth and polished, capturing the peace and romanticism of a bygone era.  While the ending is bleak, it is a powerful moment in cinema, the kind of scene that makes us watch in disbelief but yet we accept the fact that it happens in reality.

David Lean's masterful direction and an evocative classical piano score help to enhance Brief Encounter's cinematic appeal.  Yet what make it all work so effectively are the cast itself and the almost lyrical screenplay by Coward.  Alongside the great epics of Lean’s career, Brief Encounter is very much a dwarf.  Yet it is still considered to be Lean's most enduring and one of his early masterpieces. 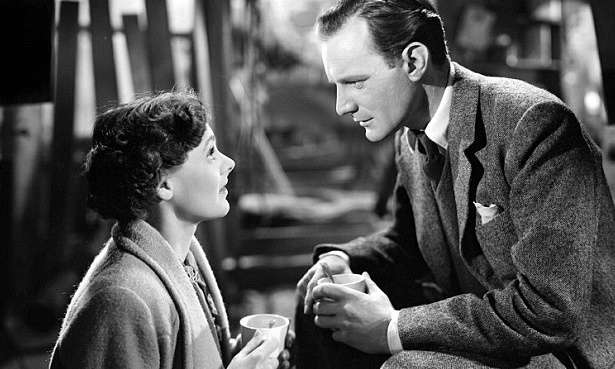