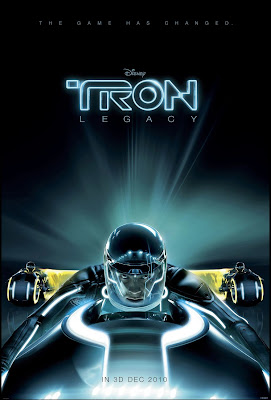 THE SCOOP
Director:  Joseph Kosinski
Cast:  Jeff Bridges, Garrett Hedlund, Olivia Wilde
Plot:  The son of a virtual world designer goes looking for his father and ends up inside the digital world that his father designed. He meets his father's creation turned bad and a unique ally who was born inside the digital domain of The Grid.

TRON: Legacy finds its way into our theaters at the end of the year without the usual fanfare and sky-high anticipation normally reserved for blockbusters of this sort. Does anyone still remember the original TRON (1982), the cult sci-fi action that features now what seems like prehistoric visual effects about a computer hacker who becomes trapped in the computer world and forced to participate in gladiatorial games? Well, TRON: Legacy is the sequel (mind you, it is not a remake) to that film.

Jeff Bridges reprises the role of Kevin Flynn who is now trapped in the digital world he once created and tried to perfect. His son, Sam (Garrett Hedlund) has to get him out, and defeat their nemesis Clu (played by a younger Bridges), an alter ego of Kevin, before Clu escapes out into the organic world to wreak havoc. It is not surprising that the film’s simplistic storyline about good versus evil, and the superficial treatment of the father-son relationship would lead to its downfall.

Somewhat a fanboy throwback to the days of Star Wars in the late 70s and early 80s, TRON: Legacy’s screenplay however lacks the emotional poignancy of George Lucas’ epic space opera. Worse, the dialogue in TRON: Legacy is so badly-written that it makes Lucas’ one seems Shakespearean in comparison. The acting is uniformly appalling, except for Bridges’ relatively strong performance as Kevin. The lead actor Hedlund delivers one of the flattest performances for a blockbuster in recent years (even Shia LaBeouf in the Transformers (2007, 2009) series performed better).

Thankfully, there are redeeming qualities to Kosinski’s film that reduce the effect of the poorly-scripted, wafer-thin screenplay, of which I will discuss two of the most important ones: the film’s visual effects, and Daft Punk’s original score. First, it wouldn’t be a stretch to proclaim that TRON: Legacy has a very outstanding chance of winning the Oscar for Best Visual Effects, with its only real competitor being Christopher Nolan’s Inception (2010). Featuring groundbreaking effects in digital imagery, Kosinski’s talent for creating a world so conceptually stunning that it is hard not to be immersed by its visuals.

One of the best action sequences in the film pits two opposing sides in a “survival of the fittest” race involving a number of digital humans called programs on super-cool hyperbikes. The excitement gained from watching these action set-pieces would not have been felt without Kosinski’s creative energies put into it and some masterful film editing on show. While sometimes it can get quite wearisome looking at an artificial environment for long, the film’s engaging visual effects do not appear to have such an effect on the viewer.

Daft Punk’s electronica score is without a doubt the best aspect of TRON: Legacy. Somewhat atmospherically inspired from Hans Zimmer’s Inception, the music utilizes a sonic blend of synthesizer sounds, orchestra work, and strong rhythms. The score is a very integral aural accompaniment to the film’s CG-visuals, marking the return of this genre of soundtrack so popular in the 1980s with Vangelis’ supreme work for Chariots of Fire (1981), and Blade Runner (1982), and Brad Fiedel’s memorable theme for The Terminator (1984). It is likely that Daft Punk would challenge Trent Reznor and Atticus Ross (who did the electronic scoring for The Social Network (2010)) for an Oscar nomination for Best Original Score.

In a nutshell, TRON: Legacy exceeds my expectations but it is not a must-watch film. But if your diet consists of mainly (or only) blockbusters, this is definitely a good one to spend some money on. 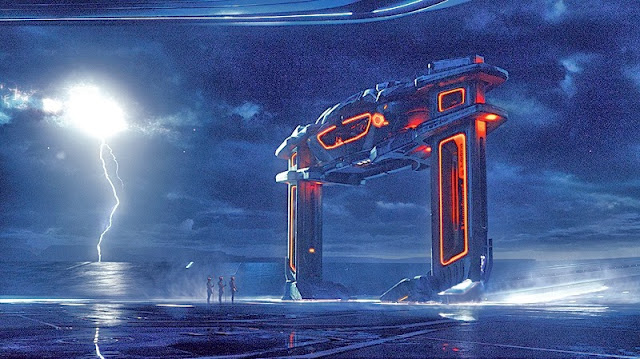 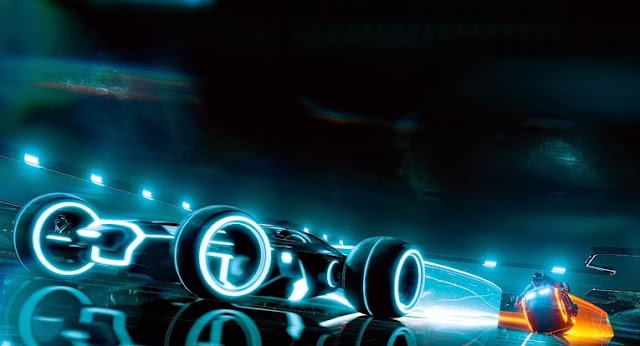