“That is the truth of our world, Max.  It can't be easily summed up with math.”

Before director Darren Aronofsky made great contemporary films such as Requiem for a Dream (2000), The Wrestler (2008) and Black Swan (2010), he debuted with a black-and-white science-fiction thriller that dealt with a genius mathematician on the verge of discovering the answer to humanity’s existence.

That film was Pi , an indie feature made on an extremely shoestring budget that won Best Director at the Sundance Film Festival.  Pi laid the conceptual and technical foundations of Aronofsky’s vision, and showed us why he would become one of the most talented of American filmmakers to emerge from the post-2000s era.

Pi is bold filmmaking, shot guerrilla-style on location and on a small set, employing an array of filmmaking and editing techniques that would become the hallmark of Aronofsky’s visual style.  The hyper-kinetic, near psychedelic style of the anti-drug film Requiem for a Dream owes a huge debt to Pi, a film that also converges on the theme of obsession leading to insanity.

The aforementioned mathematician, Maximilian Cohen (Sean Gullette), is a recluse, staying in a small, untidy apartment with numerous tangling wires connecting to a computer on his workstation.  He notices patterns in numbers that describe nature, and works his brain out to unlock the mystery behind Man’s existence . Could he be the saviour, like Neo in the more fatalistic The Matrix (1999)?

Now, the ‘brain’ is a visual motif in Pi - it is as much a source of ingenuity as it is of insanity.  In a few scenes, Aronofsky’s channels the kind of imagery that would not look out of place in David Lynch’s Eraserhead (1977), also a black-and-white debut, and a film Pi has been said to be inspired by.

Pi explores inner space, the psychology of a man who is dying to have his 'Eureka!' moment.  Aronofsky communicates this very well, in a series of scenes dispersed and occasionally repeated throughout the film that can be described as a jarring, blinding cinematic headache that is made more powerful via the film’s impeccable industrial-like sound design.

Clint Mansell’s superb electronic original score fits well with the overall concept of the film, so is Matthew Libatique’s cinematography that employs innovative techniques such as the use of the ‘Heat-Cam’, ‘Vibrator-Cam’ and ‘Snorri-Cam’.

Pi may sometimes feel experimental and at times devoid of emotions as it paints a hopeless, materialistic, techno-obsessive world.  It is bleak but still entertaining as a dizzy head trip.  Perhaps the most incredible aspect of Pi is how Aronofsky has achieved so much with so little.  Not a must-watch, but for film enthusiasts and fans of Aronofsky, if you haven’t seen this, you haven’t witness the birth of a great director.

Verdict:  Technically inventive and conceptually bold, Aronofsky's debut feature shows us why he would become one of the very best filmmakers working today. 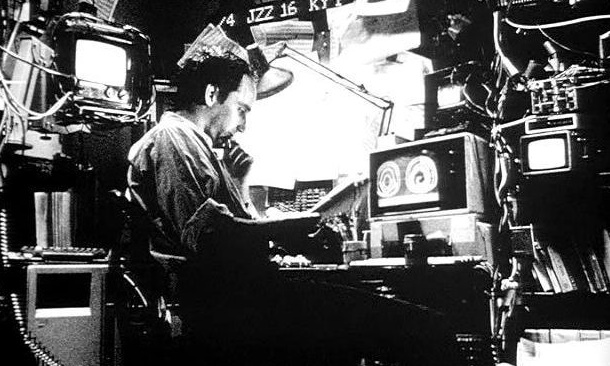 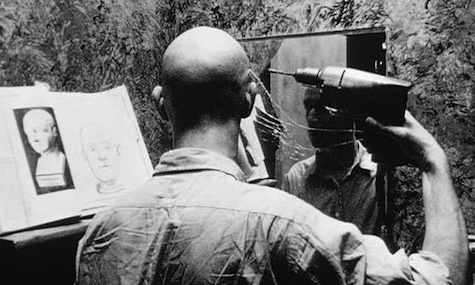