THE SCOOP
Director:  Mel Gibson
Cast:  Mel Gibson, Sophie Marceau, Patrick McGoohan
Plot:  When his secret bride is executed for assaulting an English soldier who tried to rape her, William Wallace begins a revolt and leads Scottish warriors against the cruel English tyrant who rules Scotland with an iron fist.

“It's all for nothing if you don't have freedom.”

As far as inspiring war biopics are concerned, Braveheart is top-tier stuff.  It's still something of an enigma, directed by an actor that we have now come to love and hate.  I think if Mel Gibson was to propose to make a film like this in today's context, he would be called a lunatic.  Which is why in retrospect, Braveheart represents a fascinating chapter in Gibson's directorial career.

Only his second film, after the decidedly mixed The Man Without a Face (1993), Braveheart sees Gibson getting acquainted with the ropes of such a challenging form of filmmaking, and doing it like a veteran, producing a remarkable picture that boasts spectacular action, strong characters and engaging storytelling.  It's not easy to deliver a three-hour epic about a hero (of Scottish origin no less) and making it appealing to the widest mass of audiences possible.  Gibson did that, and the movie won Best Picture and Best Director at the Academy Awards.

He plays William Wallace, a Scot who had the guts to rally his countrymen to challenge the reigning British, led by the cruel and bastardly Edward the Longshanks.  The British army is mighty, but the Scots have vengeance on their side, albeit with some serious issues of priority and loyalty.  Gibson’s performance is fierce and gripping.

Blessed with outstanding cinematography by John Toll (The Thin Red Line, 1998), the film was shot almost entirely in Scotland and Ireland.  Wide shots of the foggy, grassy landscape are juxtaposed with huge battle sequences, which may prove to be too violent and gory for the faint-hearted.  Gibson doesn’t shy away from all the bloody medieval warfare; moreover, his setting up of important historic battles, especially the film’s ‘Battle of Stirling’, is done with gusto and loads of testosterone.

Early on, Braveheart suggests a warm, tender love story between Wallace and Murron, a woman he remembered and sought to love.  Composer James Horner underscores their first meeting (when they were kids) at a funeral with one of cinema’s most heart-rending themes, performed by a uilleann pipe.  Having seen Gibson’s film a few times, I realize what continues to hold my attention is Horner’s breathtaking music, which in my opinion is his magnum opus.

That tenderness and beauty is brilliantly captured by Horner, even as the film plays out aggressively through war, torture and death.  Even though I think Braveheart has somewhat aged – it looks and feel every bit like a 1990s classic – the music continues to preserve its soul, even to the extent of anticipating repeated viewings.

Verdict:  A rousing and violent war biopic directed with assurance by Mel Gibson, with possibly James Horner’s most powerful score. 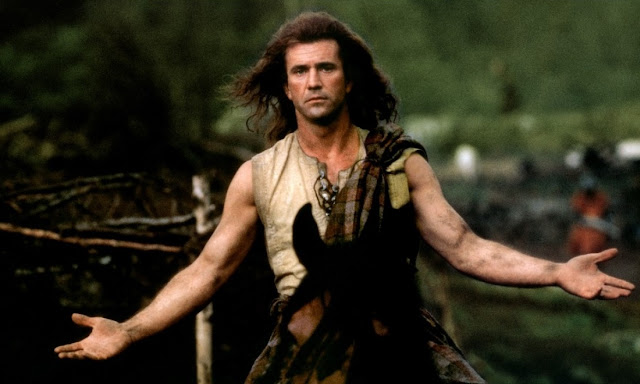 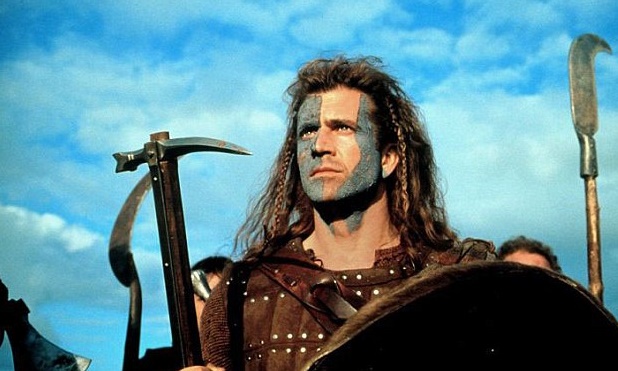