“You have to get through your fear to see the beauty on the other side.”

The Good Dinosaur is Pixar's weakest in a long while.  For a studio that made its name with animated films that oozed creativity, originality and thoughtfulness, their latest is stagnating, as if there had been a dried-up well and typically inventive minds suffered a temporary malnourishment.

However, it is still a movie that you should bring younglings to because it is fun, enjoyable and colourful.  Though Pixar is certainly capable of so much more than just that, as they have proven time and time again that they can make outstanding films, exemplified especially by this year's likely Oscar winner for Best Animated Feature - Inside Out (2015).

Charting an alternate universe where dinosaurs did not go extinct, possibly co-existing with Man, in this case a young, orphaned boy with the survivalist acumen of a jungle veteran, The Good Dinosaur sees Arlo (the cute green dino you see in adverts) born into a family of dino-farmers, leading a backbreaking if charmed life until something untoward happens.

The movie is not just a road journey of self-discovery, but of self-agency as Arlo (and Spot the boy) finds that in a dog-eat-dog world, one needs to move forward with tenacity, to prove one's value, or as Arlo's family would say, to earn one's mark.

The main problem of The Good Dinosaur is that it is a recycling bin of elements or ideas seen before.  Yes, to its credit, it does churn out something serviceable, family-friendly, and with a consistently positive message, but distilled to its barest, it is no more a loose remake of The Lion King (1994), which is an infinitely better film.  In fact, you may be spoilt for choice citing examples of allusions to the popular Disney film, from characters to narrative flow.

Overall, this is Pixar-lite.  It is one of those movies made with the best of intentions, but comes across as uninspired, storytelling-wise.  But I want to end this on a more pleasant note, because The Good Dinosaur deserves better: do enjoy Oscar winner Mychael Danna's beautiful music, the photorealistic visuals, and have fantasies of having Arlo as your pet.

Verdict:  This is Pixar-lite, a serviceable if stagnating piece with all the elements that you have seen before, without quite finding new creative ground. 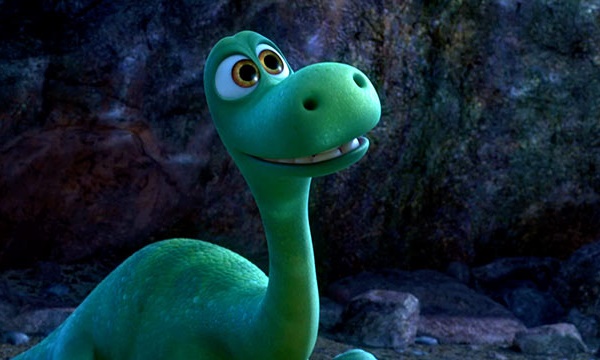 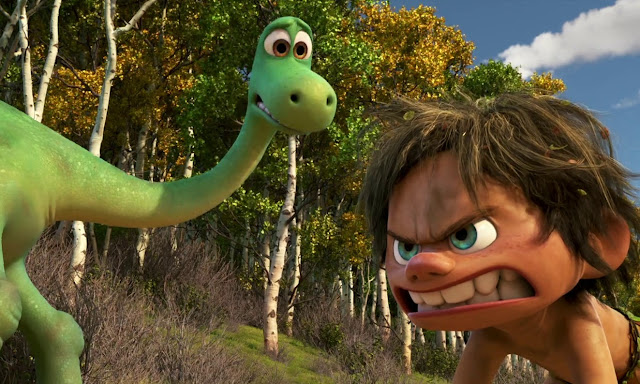 This is Pixar-lite, a serviceable if stagnating piece with all the elements that you have seen before, without quite finding new creative ground ~ 3*/B- [ Dir. Peter Sohn | 2015 | USA | Animation/Adventure | 100 mins | PG ] THE GOOD DINOSAUR / © Walt Disney Studios #thegooddinosaur #waltdisney #pixar #petersohn #animation #adventure #prehistoric #dinosaur #man #family #selfdiscovery
A photo posted by Eternality Tan (@eternalitytan) on Oct 5, 2016 at 9:25am PDT