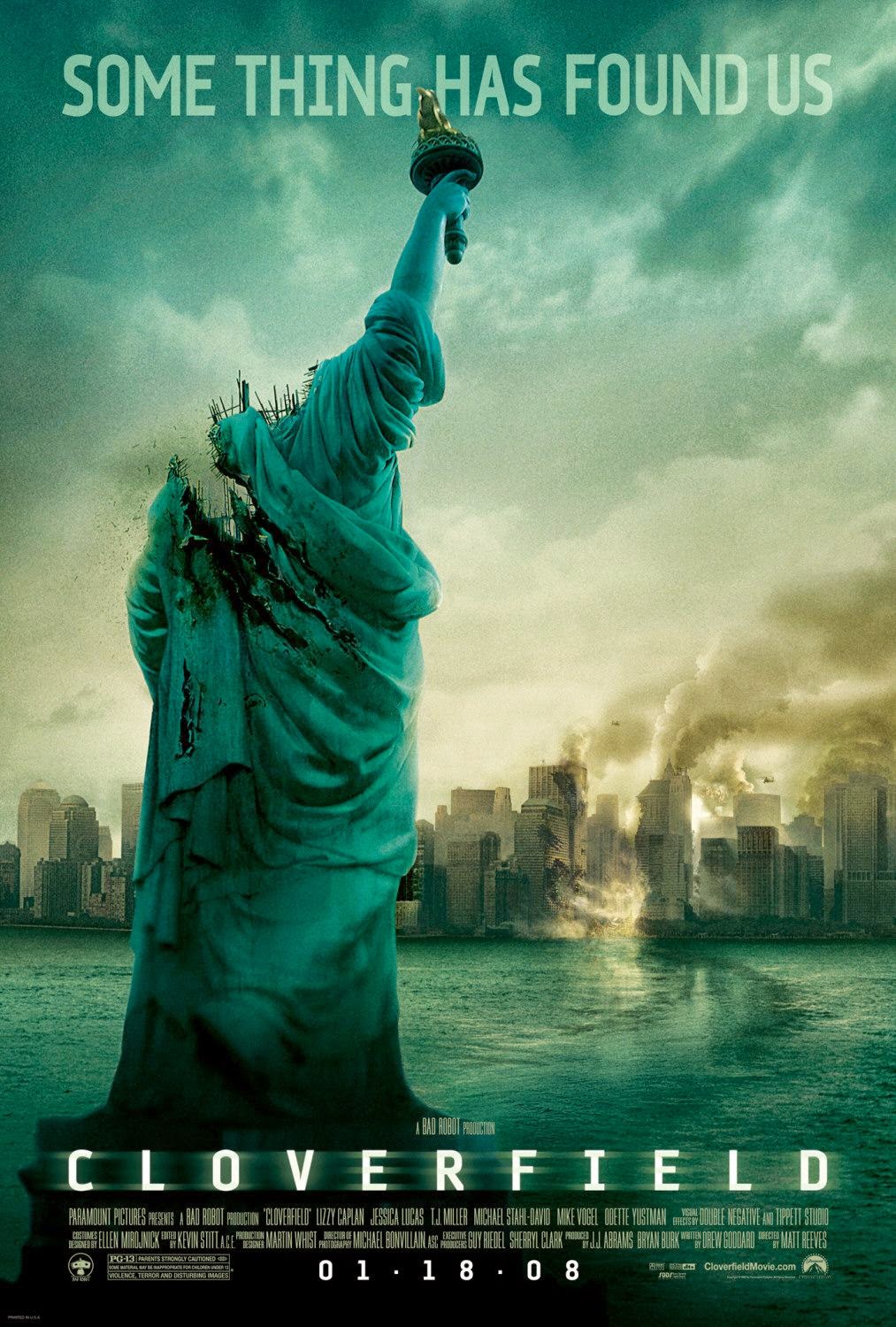 THE SCOOP
Director:  Matt Reeves
Cast:  Mike Vogel, Jessica Lucas, Lizzy Caplan
Plot:  Revolves around a monster attack in New York as told from the point of view of a small group of people.

IN RETROSPECT (Spoilers: NO)
The first major film of 2008 happens to be the most debatable.  You either like it or loathe it.  Few will choose to sit on the fence.  Yes, I give it an 8/10, pretty high by my strict standards, but nevertheless very justified.  As a critic points out, Cloverfield is to monster movies what The Blair Witch Project is to horror.

Possibly only the second film to emulate the marketing and filming techniques of The Blair Witch Project, Cloverfield's success in drawing mass appeal from everywhere lies from the word-of-mouth rather than relying wholesale on creative posters or spectacular trailers.

The 'camcorder' technique or what I term as the 'camera on a trampoline (COAT)' technique has been used sparsely in many films, even as recent as The Bourne Ultimatum. Apart from The Blair Witch Project, it has never been used to compose a full feature-length film before.

Forget about Godzilla, or The Host, or a whole bunch of monster flicks you can find at your nearest DVD rental store, Cloverfield is probably the most uniquely assembled film of that genre ever.  It kicks you in the butt, and pulls you by the neck, dragging you into an experience that cinema rarely offers - witnessing a monster attack in New York through the lens of a video cam.

How I must emphasize that Cloverfield fulfills that precisely.  There's no introduction, no ending, no clear explanation on the monster's origin or its demise, and there's bad scripting, editing, and directing - all the characteristics of a tape from a camcorder.

What the heck is Cloverfield?  Is it even a movie?  Why should I put up with something that makes me feel dizzy for ninety minutes?  If you did ask such questions, then you weren't mentally prepared for the picture.

I have to admit though there are a couple of major flaws.  If it's a tape recording, then why is the sound and sound editing (which should be nominated for Oscars) so clear and undistorted?  And why is there no dust or soot smearing some part of the lens?

Ignoring these flaws mean that Cloverfield is not as realistic as it should have been.  But it’s a compromise which most viewers will agree.  After all, a movie has to be of a certain respectable quality.

Cloverfield is a sensation, a movie event that's ought to be experienced (regardless of how it affects the viewer).  Yes, it's risky business.  The filmmakers dare to try something unorthodox even if it means theater walkouts, viewers' condemnations, and even possible box-office failure.

Cloverfield is an important film because it's deviative rather than derivative.  To some of us, it's a gem.  For the rest, it's an unforgiving, I-feel-like-puking exercise in visual disorientation. 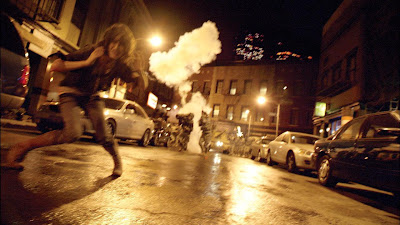 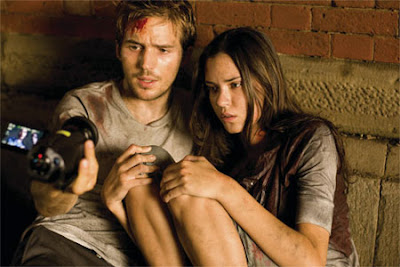