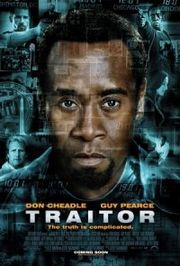 IN RETROSPECT
It is hard to get anyone interested in films they have no idea about especially with the blockbuster season just round the corner.  Most will rub their hands in glee at the prospect of weekend after weekend of movies - Star Trek, Angels and Demons, Terminator Salvation, Drag Me To Hell, Up, Transformers: Revenge of the Fallen, Harry Potter and the Half Blood Prince - the list goes on and on.  Thus, when a film with a laughable title like Traitor pops up, it gets ignored most of the time. My advice: Ignore it at your own peril.


Traitor is a remarkable film that is better than most will give it credit for.  Directed by Jeffrey Nachmanoff whose resume reads nothing of note, Traitor may eventually give him something to boast about.  It is a suspense-thriller about terrorism.  Well, we have seen lots of those.  But Traitor is something special. It is taut, intelligent, balanced, and is every bit as effective as Ridley Scott’s Body of Lies (2008) and Peter Berg’s The Kingdom (2007) if not better.

Don Cheadle plays Samir Horn, a devout Muslim whose father was blown apart by a car bomb decades ago.  He then decides to learn the art of making bombs and selling them to terrorists to get good money.  His skill is well-appreciated by the terror cell he is attached to.  But he has second thoughts to what he is doing, knowing that his indirect involvement in jihad is an act of betrayal to his faith.  Hoping to source a way out, he begins to tip the FBI on potential acts of terrorism.

Cheadle gives another exceptional performance in an envious career of exceptional performances.  He portrays superbly a character suffering from inner turmoil as a result of his inevitable actions and decisions that make him both a traitor to jihadism and Islamism.  He finds himself balancing precariously on a knife-edge in which he has all to lose.

A scene in Traitor nails his character's emotions perfectly: Samir returns back to his terror cell after a bombing in which no one was to be hurt (because of his secret collaboration with a counterterrorist agent) goes off successfully.  Only to be alerted to the news that there were eight casualties. “Eight?” he ponders with remorse.  “What you have done is remarkable. We are very proud of you” reply his fellow jihads.  It leaves us to ponder as well.  How far can one really go in the fight against terrorism? To the extent of killing innocent people?

Besides keeping viewers occupied with a smart screenplay that explores complex moral and ethical issues, it is easy to forget that Traitor is an entertaining film as well.  There are instances of genuine suspense (like the dreadful eternity it takes for a bomb to blow after its initiation).  Although there are no spectacular action set-pieces, the film manages to generate enough excitement through the dilemma faced by Samir as he tries desperately to juggle the demands from both sides.

Best of all, Nachmanoff does not take sides, shows no sympathy to his characters, and leaves his personal views in the editing room, carefully directing a motion picture that is honest in its interpretation of a global issue that is far from resolved. 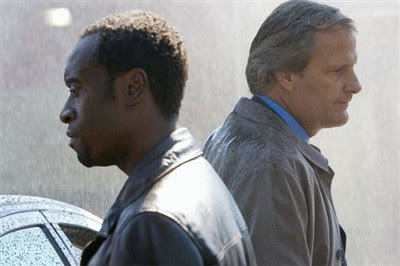 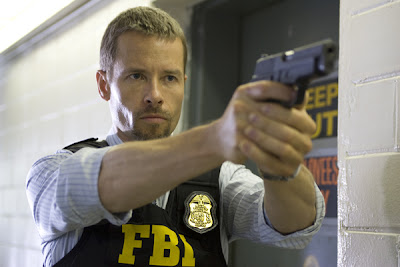