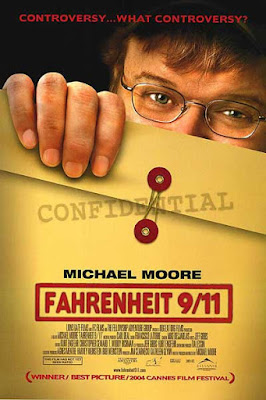 THE SCOOP
Director: Michael Moore
Plot: Michael Moore's view on what happened to the United States after September 11; and how the Bush Administration allegedly used the tragic event to push forward its agenda for unjust wars in Afghanistan and Iraq.

A roaring triumph at , Fahrenheit 9/11 is surprisingly not nominated for an Oscar for Best Documentary Feature.  The Golden Palm winner is one of the most provocative films to come out of the new millennium.  The man behind it is no stranger to controversy either: Michael Moore writes, produces, and directs the hit film.

Sandwiched between Oscar-winning Bowling for Columbine (2002) and Oscar-nominated Sicko (2007), Fahrenheit 9/11 is more serious and less humorous, but equally well-researched and argued.

Fahrenheit 9/11 explores issues leading up to the September 11 tragedy as well as the consequences thereafter.  Viewers are brought back to that hotly-contested election that pitted Al Gore against George W. Bush.  Bush wins it and assumes his role as the President.

In this film, however, Bush assumes the role of a target board, a helpless lame-duck who is viciously hacked down by Moore who shows completely no sympathy for a man he feels should be held responsible for the suspect handling of the 9/11 incident and the innocent lives lost in the absurd invasion of Iraq is at his scathing best in Fahrenheit 9/11.  He makes accusations towards the Bush Administration and backs it up with solid facts from reliable sources.  Using a mix of archival footage and scenes he shot, Moore gives viewers a rare glimpse into the lifestyle of Bush, his infamous ‘Pet Goat’ reaction to the news of 9/11, his almost family-like links with Saudi Arabia (the country which produced more than three-quarters of the terrorists responsible for 9/11), and an eye-opening but disturbing look at the struggles and sufferings of Iraqi civilians and American soldiers in Iraq.

There is still that sarcastic Mooresque humor that pops up once in a while despite the seriousness.  Even then, one may feel there is an information overload and this makes it less fun to watch than his other features.  However,  succeeds in making us seethe in anger (which is the whole point of the film). And with a bit of subtle manipulation, he even leaves room for us to shed a tear or two through mournful interviews with parents of soldiers killed in .

Fahrenheit 9/11 is an important addition to the world of cinema not because it is a great film (it is not Moore’s best output either) but rather it uses the medium so purposefully and convincingly that firstly, it tells the truth which most would have realized by now, that Bush is no better than a terrorist; and secondly, it gives defeated Americans a powerful voice that has been consistently silenced by the Bush Administration.

Never has the virtue of ‘freedom of speech and expression’ been so patriotically emphasized in a film.  The fact that this film even exists is astonishing.  Yes, Fahrenheit 9/11 falls short of greatness, but no one would agree that it is not a liberating experience. 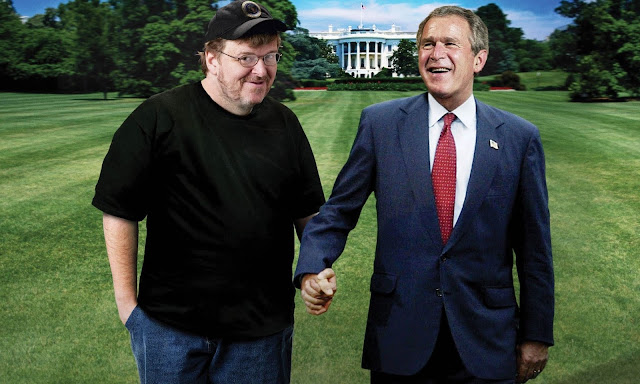 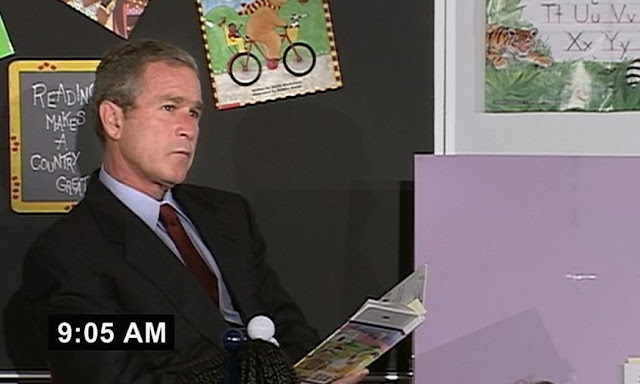