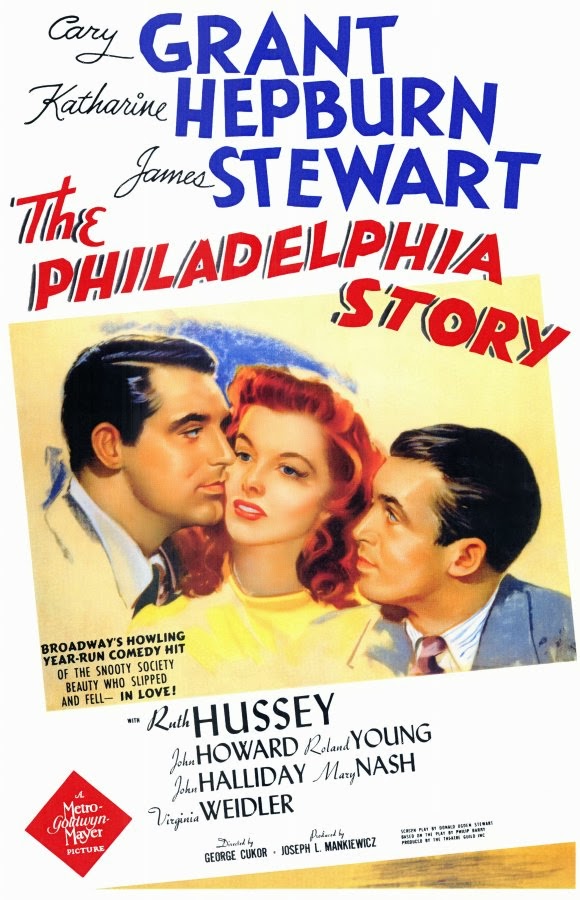 Director:  George Cukor
Cast:  Cary Grant, Katharine Hepburn, James Stewart
Plot:  When a rich woman's ex-husband and a tabloid-type reporter turn up just before her planned remarriage, she begins to learn the truth about herself.

IN RETROSPECT
“Oh, it's all right Tracy. We all go haywire at times and if we don't, maybe we ought to.”

What a casting coup!  James Stewart, Cary Grant, and Katharine Hepburn in a single motion picture directed by George Cukor of A Star is Born (1954) and My Fair Lady (1964) fame.  The Philadelphia Story, as it is called, brings these great acting names of the classical Hollywood era together for a film that is very much a romantic comedy in the disguise of a dramatic farce.

Cukor’s early classic may have aged a fair bit, in comparison with ageless films of the same period such as Casablanca (1942) and It’s a Wonderful Life (1946), but it is still effectively charming in its own beguiling way.

Hepburn plays Tracy Lord, a rich, beautiful but snooty lady who cares for no one except for herself.  She lives in a mansion with her mother and younger sister, and is preparing for her second wedding with George Kittredge (John Howard), who owns a profitable coal company.

Her ex-husband, Dexter Haven (Grant), in an attempt to sabotage the wedding brings a reporter Macaulay Connor (Stewart) and his photographer Elizabeth Imbrie (Ruth Hussey) to cover Tracy in a tabloid magazine.  Awkward situations ensue as the characters mingle about in Tracy’s mansion.

Much of the screenplay, which won Donald Ogden Stewart an Oscar, centers on the witty wordplay among the characters, most notably of scenes involving Tracy.  Tracy is the focal point in Cukor’s film; she is the instigator of problems, but also provider of the reassurance that she could somehow outwit everybody with her stature and stately poise.

But truth be told, and with the truth inevitably falling on Tracy’s ears, she recognizes her fallibilities and frailties, and attempts to change her moral character, but not without its moments of utter confusion and farcical showdowns.

Cukor’s affinity with directing women has been widely documented.  Very much a ‘women’s director’, Cukor’s films mostly centered on strong female characters. The Philadelphia Story could have been renamed The Tracy Lord Story, but that would undervalue the importance of Stewart and Grant’s characters, both of whom provide the laughs to complement the relative seriousness of Tracy’s self-inflicted dilemmas.

In the film’s funniest set-piece, Macaulay carries a drunken Tracy in his arms after presumably skinny dipping in the pool.  As he walks towards her mansion, he sings ‘Over the Rainbow’ to the sheepish embarrassment of George and Dexter standing in the front of the lawn.

The Philadelphia Story may be regarded as an unqualified classic, perhaps the best of its kind in its high-brow treatment of the farcical romantic-comedy.  In my opinion, it remains decent and is most certainly one of Cukor’s better efforts.  But I still think the greatness that comes from a film’s agelessness eludes this Cukor picture. 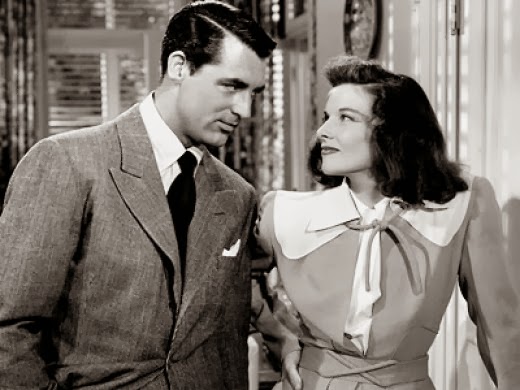 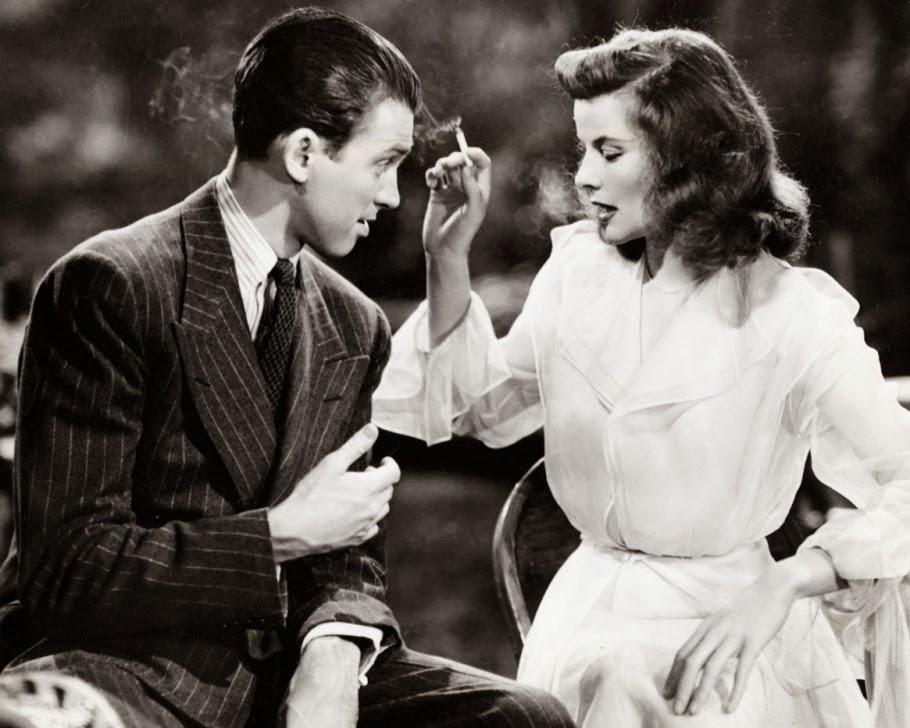 daniel said…
Cool review. I havent seen this film yet but i want to. To my best of knowledge, HMV does not carry it. Where did you get this from? Also, i see you are reviewing Ugetsu and Seventh Seal. Cant wait to hear your thoughts on those 2. Did you ordering them online? And which website do u order from?

Eternality Tan said…
I bought it a few years ago when there was a clearance sale somewhere. Only decided to unwrap and review the film now.

I borrowed UGETSU and THE SEVENTH SEAL from the Library@Esplanade. They have really rare and great films there, and in Criterion Collection too. :)
November 17, 2011 at 11:29 PM

daniel said…
Opps i recently saw the website. It said members can BORROW up to 2 discs at a time and must return within 12 days(correct me if im wrong). Of course you can watch it there at $5.50, but why would i? I did a search for the film 'Shadows of Forgotten Ancestors' and the database said 'videocassette'. Shit, i cant play those. and theres VCD but the quality should be poor. The ones which you borrowed are in videodisc ??
November 18, 2011 at 10:39 AM

Eternality Tan said…
Usually a Criterion DVD would cost somewhere from $30-$100 per film. You might be lucky and get discounts here and there. I bought three Kurosawa Criterion DVDs (THE HIDDEN FORTRESS; YOJIMBO; SANJURO) at only $8/piece from a sale at VideoEzy and the quality is really good.

Yeah, the Library@Esplanade has an insane number of great foreign films. You can return within 14 days of borrowing. Yeah and I borrowed in DVD format. :)
November 18, 2011 at 7:16 PM

daniel said…
Do you know that there is this software programme which allows you to save the movie onto your computer? I hate it when i want to rewatch the movie but cant because i returned the DVDs.
November 19, 2011 at 7:31 PM

Eternality Tan said…
No, I am not aware. I haven't got this problem though. If I know I am going to watch a particular film again and again, I will get the DVD. Otherwise, I would be satisfied with just one viewing.
November 19, 2011 at 8:22 PM

daniel said…
You should check MagicDvdripper out. It's not free though, but i got the crack. I am sure you would want to watch Ugetsu again. :) Psst... it's awesome! As for The Seventh Seal, i dont consider it to be Bergman's best. But anyway, i look forward to your reviews.
November 19, 2011 at 8:55 PM