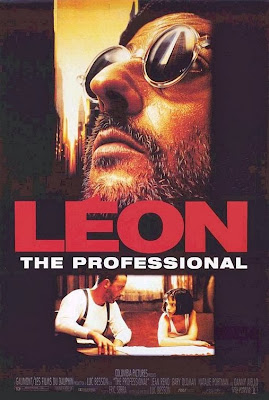 IN RETROSPECT (Spoilers: NO)
Director Luc Besson reportedly took only thirty days to write the script and another ninety to shoot Leon: The Professional.  Intended to be a casual, filler movie in between La Femme Nikita (1990) and The Fifth Element (1997), the latter a futuristic sci-fi action-thriller he wanted to make with Bruce Willis, Leon: The Professional has ironically become Besson’s most accomplished film to date.

This revered action-drama is now regarded as one of the classic 1990s action films, yet for all of its seemingly Hollywood-style bombast, it retains a unique arthouse sensibility.  Leon: The Professional stars Jean Reno as the title character, a man whose job is to “clean” men who have crossed the line in the organized crime business.  There is no doubt he is a cold-blooded killer but he does his job so effectively that he is immunized against fear.

When not clinically executing lowly criminals, he tends to his green plant that he regards as his best friend in a small apartment.  Now, that very same building and floor where he lives resides a very dysfunctional family who is about to get busted by a crooked, sadistic cop called Stansfield (Gary Oldman) and his men.

Mathilda (Natalie Portman), a young, rebellious girl who goes out to buy milk that fateful day returns to see her entire family murdered.  She smartly avoids her apartment where Stansfield’s men are still there and walks straight to Leon’s door.  She knocks in despair, and the rest is history.

Stylistically influenced by a host of action films including the John Woo-Chow Yun Fat films of the late 1980s, Leon: The Professional in my opinion draws most inspiration from Scorsese’s Taxi Driver (1976), a film whose Robert De Niro-Jodie Foster character axis mirrors that of Reno-Portman’s.

Portman, in her feature film debut, gives a stunning performance that is perhaps only matched by her Oscar-winning endeavor in Black Swan (2010).  She plays Mathilda without inhibition, often with a balance of vulnerability and sensuality that makes her so attractive to the audience and Leon.  Leon plays the father figure who becomes protective of Mathilda, who desires for revenge against Stansfield.

Surprisingly for an action film, the relationship between the two leads is developed intricately. Leon teaches Mathilda how to use tools of carnage (I am not surprised if this film inspired Kick-Ass (2010)), while the latter shows affection, and I daresay, lust for him.

There is an awkward sexual tension that seems to ripple beneath the faux father-daughter relationship, but it never threatens to overwhelm the drama.  Besson shows that he is equally at ease with directing his cast as with directing the film’s action sequences.  The fluid camerawork excellently establishes the cinematic space in which the action is executed, especially in the climax when Leon has to single-handedly protect Mathilda and fend off an entire SWAT team.  The use of music heightens the suspense, and effective brings the film experience a notch higher.

Leon: The Professional is the quintessential action film, and is certainly one of the greatest examples on how to make one that follows a set narrative structure, yet leaving enough leeway to explore less conventional paths.  You won’t want to miss this anytime when it is showing.  Especially when Oldman is lip-smackingly playing the villain. 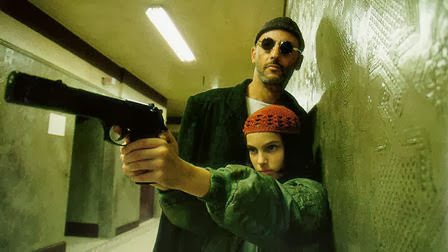 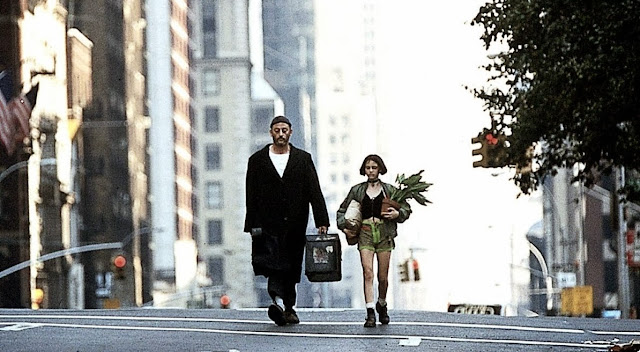