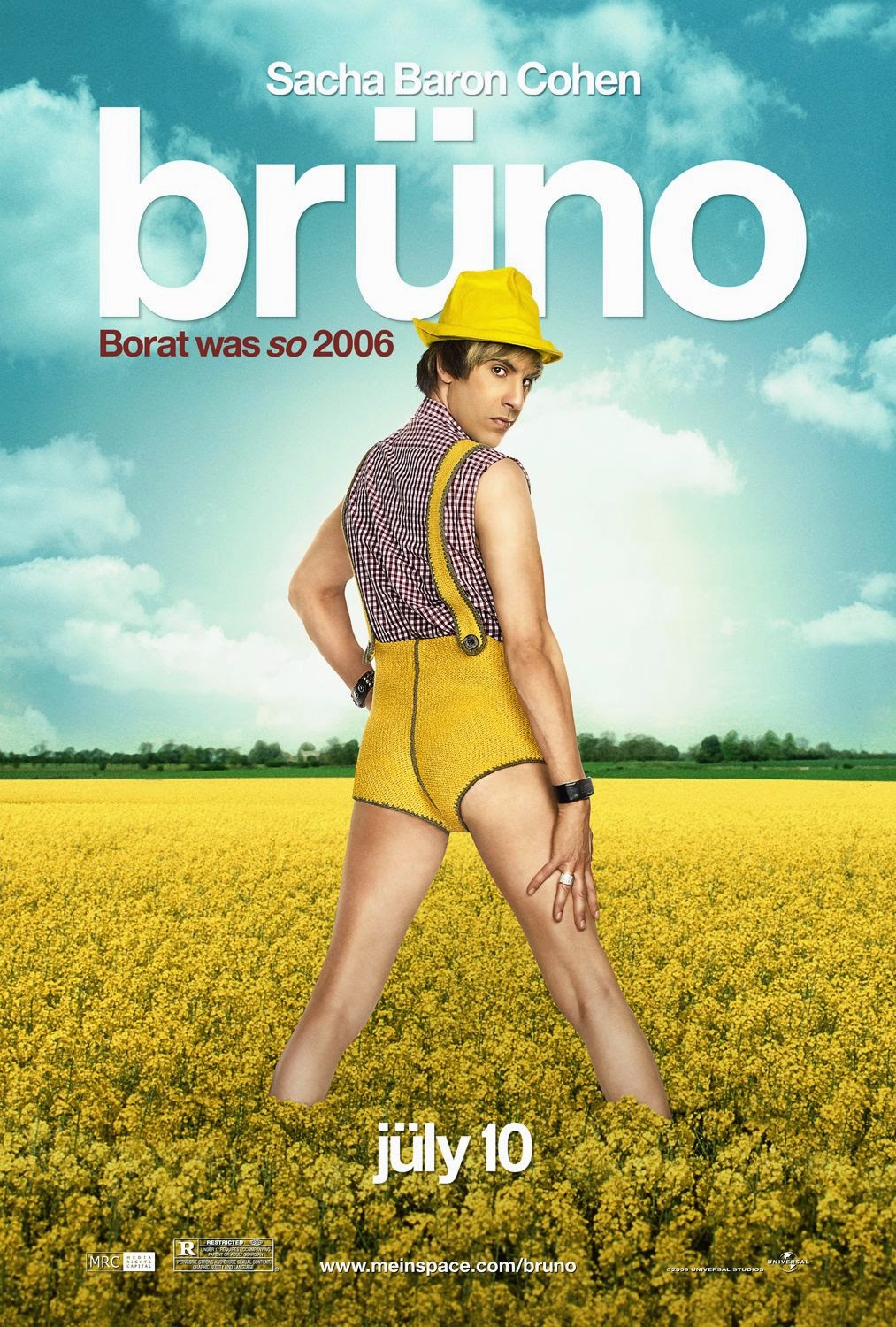 IN RETROSPECT (Spoilers: NO)
What drives us to watch a movie like Bruno? That is the question to ask. Entertainment value? Controversy? Or perhaps good marketing? These are the three discussion points which will frame my review.

Bruno is directed by Larry Charles and co-written by Sacha Baron Cohen, who also plays the fictional title character, an Austrian fashion (and national) icon who readily flaunts his homosexuality. He dreams of becoming a global celebrity and decides to go to the West to realize those dreams. Setting foot in American soil, he is overwhelmed by the sheer intolerance and disregard people over there seem to feel towards his unnatural behavior.


Buzz surrounding the release of Bruno is unsurprisingly loud. After all, these were the same guys who brought us Borat (2006), a film which viewers would find hard to forget because of its broad slapstick humor that reeks of cultural stereotyping and racial insensitivity.

“Borat was so 2006” is the official tagline for Bruno; it not so much suggests that Borat is dated and irrelevant but rather sarcastically points out that it is just a prelude to something more ‘groundbreaking’ that we can expect in Bruno. While the film’s marketing is enough to warm many cinema seats, most viewers will probably agree at the end of the screening that there is nothing “sensational” about Bruno. In fact, it may not even be half as effective as Borat.


Controversy can fuel buzz and curiousness. There is no question Bruno is one of the year’s most provocative pictures. Apart from the crudity of the humor, there are graphic shots of male genitalia, a scene of oral sex, full female frontal nudity, and uncomfortable displays of homosexuality.

One scene of extreme crassness shows food served on a completely nude male body. Another shows a swinging penis which ends with it shouting “Bruno!” through a mouth-like opening. Distasteful? Yes. Is this what the viewers want? Apparently and ironically, yes.


Bruno employs the same brand of humor as Borat but with poorer results. Despite a couple of laugh-out-loud moments, the amusement quickly grows stale and uninteresting. The character of Bruno is not so much a platform for daring acting by Cohen (he does turn in an above average performance anyway); rather he is more of a tool in which Charles tries to use to manipulate our emotions. I tried hard to understand the character but my heart is not persuaded to respond empathetically.

Ultimately, Bruno is far from entertaining and worse, it lacks soul. 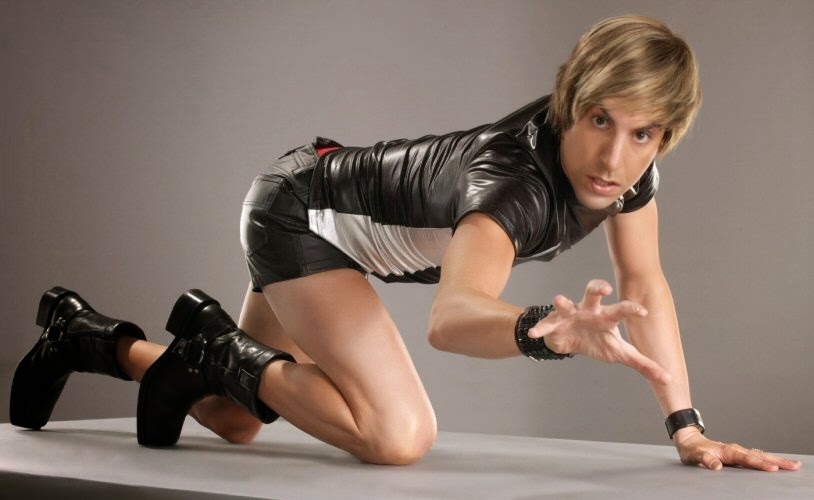 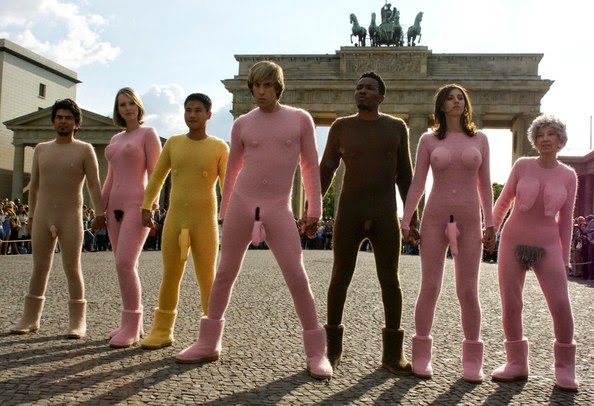