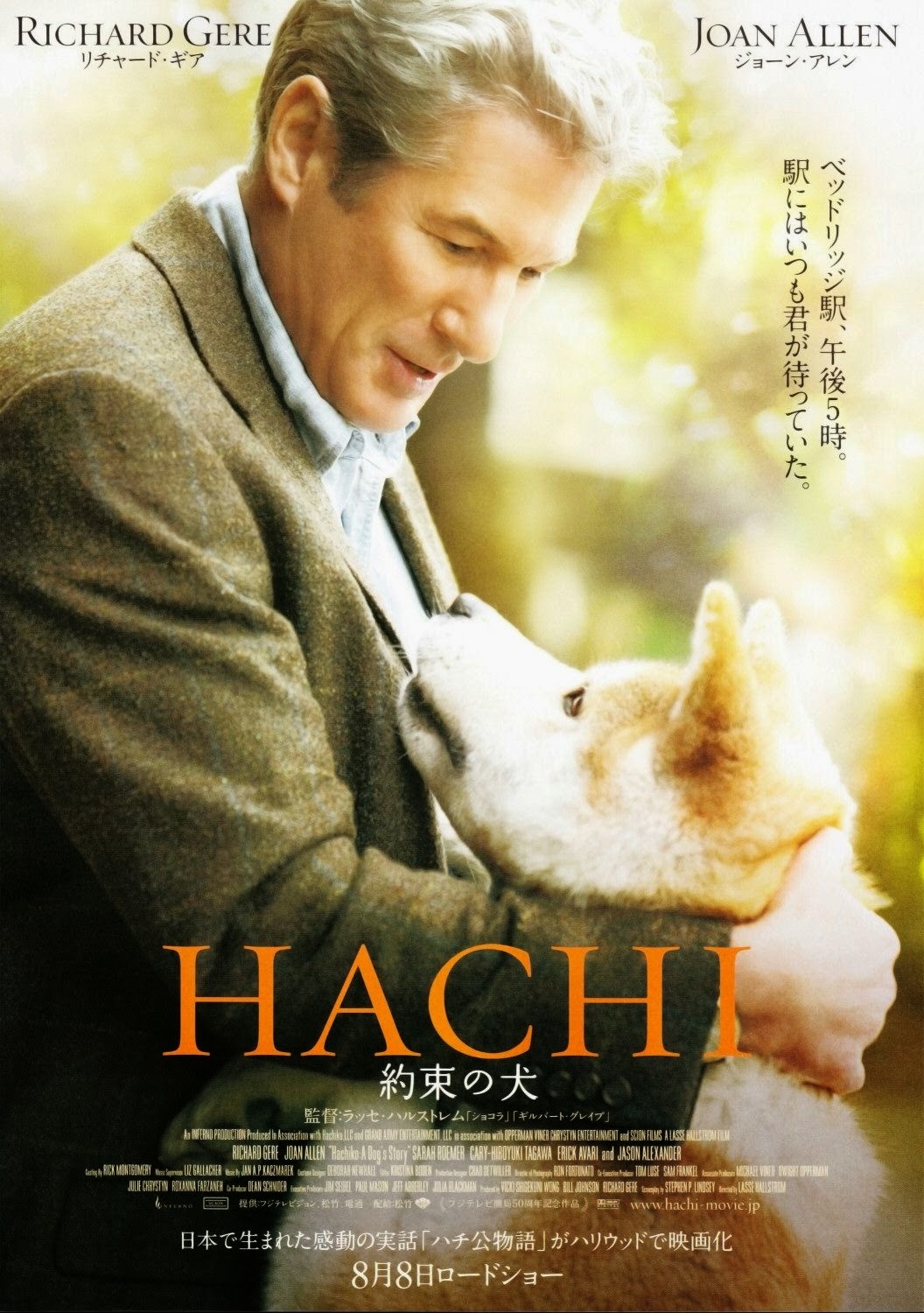 THE SCOOP
Director:  Lasse Hallstrom
Cast:  Richard Gere, Joan Allen, Cary-Hiroyuki Tagawa
Plot:  A drama based on the true story of a college professor's bond with the abandoned dog he takes into his home.

IN RETROSPECT (Spoiler: NO)

Hachiko: A Dog’s Story is a film based on a depressingly true story of an Akita dog whose unwavering loyalty to her master touched the lives of the people around her.  Hachiko is found at a train station by Parker Wilson (Richard Gere), a university professor who reluctantly takes her in.  Soon, Parker grows fond of his new pet, thus beginning a relationship which transcends a normal human-dog one.

Directed by Lasse Hallstrom, the Oscar nominated filmmaker of The Cider House Rules (1999), and My Life As A Dog (1985), Hachiko: A Dog’s Story is simple in structure, and is one of the easiest films to follow and enjoy without much deliberation.


Targeted at the dog-loving crowd, or anyone else with a fetish for cute, furry animals, the film does something no animated feature could ever hope to achieve – using a real-life (non-talking) dog as the focal point of the film without being bogged down by any exaggerated or fantastical caricature.

Hallstrom employs a few techniques to humanize Hachiko – the most notable of which is his use of black-and-white cinematography to describe the dog’s colorless visual perspective.  In addition, the director frequently brings the camera down to Hachiko’s line of sight, seemingly enlarging the world of urban civilization around her.

Thus, the film centers on Hachiko as the lead character, and Parker as its supporting. In a surreal sequence towards the end of the film, Hachiko dreams of Parker.  Once again, the dog-as-human theme is emphasized.

The film has its moments of sentimentality, but those are fleeting ones; they do not culminate to give a powerful tearjerking experience as expected from a film of this nature.  Such is the light-handed approach to capturing sympathy by Hallstrom that the essence of Hachiko’s story dissipates away from rather than coagulates in the viewer.

On a positive note, the director’s handling of dogs in this film is top-notch.  This is evident in the way he frames the creatures in his carefully composed shots.  If only he tugged at our heartstrings instead of just merely caressing them, Hachiko: A Dog’s Story would have been, emotionally, a more effective picture. 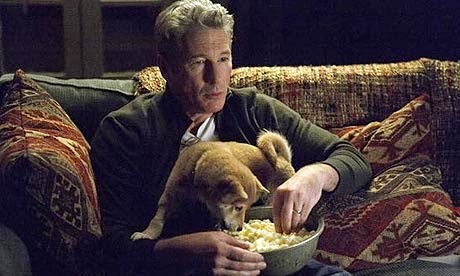 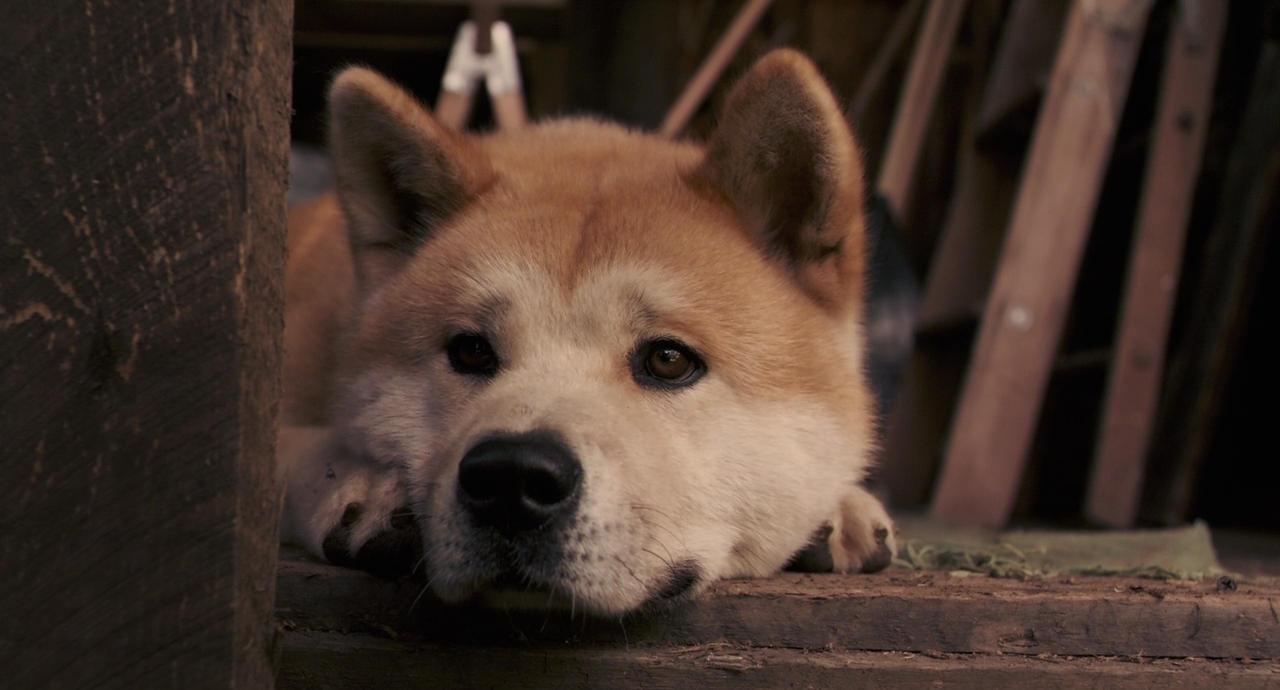 Unknown said…
Being an American Akita owner, I WAS very excited to see this movie... Not realizing that is, the movie had been americanized; so to speak! I find this very disappointing in several aspects - This story is an official part of Japan's History. I truly expected it's character to be kept by having Japanese actors and actresses.
Why do we as Americans feel we have the right to TAKE So Much from other countries. Again... This story belongs to Japan; And should have been produced in a way to show respect. IT WAS NOT!!!

wcuser60 said…
I WOULD LIKE TO KNOW IF I CAN GET A FULL LENGTH COPY OF THIS MOVIE ON THE INTERNET?? IVE SEEN THE SMALL PIECES HERE AND THERE I THANK YOU
April 19, 2012 at 8:20 AM