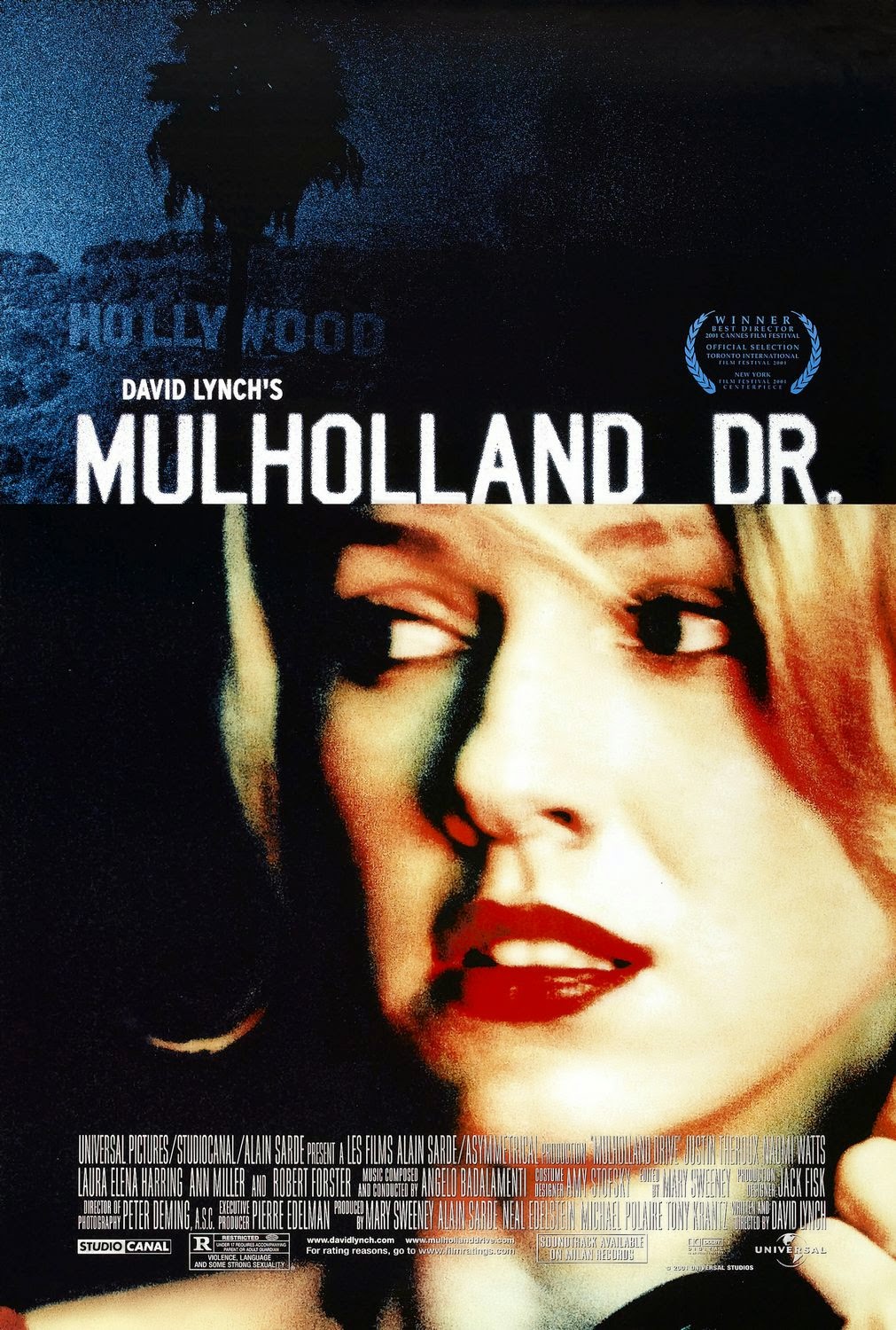 THE SCOOP
Director:  David Lynch
Cast:  Naomi Watts, Laura Harring, Justin Theroux
Plot:  After a car wreck on the winding Mulholland Drive renders a woman amnesic, she and a perky Hollywood-hopeful search for clues and answers across Los Angeles in a twisting venture beyond dreams and reality.

Say what you want about David Lynch, but he remains to be one of the world’s most idiosyncratic filmmakers.  Love him or hate him, his works could be strange, beautiful, and twisted at the same time.  But there is no doubt that Lynch’s cinema is one-of-a-kind.  It is difficult not to have an opinion after viewing his films.  The Oscar-nominated director of The Elephant Man (1980) and Blue Velvet (1986) is rewarded with another Oscar nomination for Best Director for this film, which has since regain a newfound appreciation after frustrating viewers a decade ago.

Mulholland Dr. could tie with Blue Velvet as Lynch’s magnum opus.  Weird, horrific, and most of all, haunting, it is an experience that defies expectations.  Written by Lynch himself, Mulholland Dr. could either be the most brilliant film conceived by the most bizarre of human minds, or the most useless, illogical, and downright unfathomable ever.

The plot of Mulholland Dr. is not crucial to understanding what the director’s vision for the film is (thankfully, as I wouldn’t know where to start).  Lynch takes two simple concepts of dreams and reality, and draws up a complex relationship between them.  He merges them together, then dissects them, then attempts to turn them into each other.  And if that is not enough, he confuses us further by not establishing which is which in the first place.  When the dust settles (if it does), the question to ask is:  Does it all make sense?  Does it need to make sense?

Curiously, Mulholland Dr. works more effectively as a film when it is left to vagueness and the bewilderment of the viewer.  Apparently, it works even better when one is puzzled and comprehends the “puzzlement” as key to appreciating Lynch’s dark, twisted tale.  Even if the film is picked apart and understood with clarity, it still stands firm and strong as a near-perfect piece of storytelling, one that is surprisingly without any discernible loopholes (after all, loopholes in this work could be construed as mere illusions).

The performances by the cast are generally excellent.  The chemistry between the two lead actresses – Naomi Watts and Laura Harring – is outstanding and provides the film with a strong emotional core.  Watts, in particular, makes her acting breakthrough here, with a daring performance that is perhaps only second to her career-best display in Alejandro Inarritu’s 21 Grams (2003). There is some controversy over the quite explicit homosexuality portrayed by the two leads.  However, under Lynch’s assured direction, it becomes integral to the building of character relations in the “dream” half of the film, and the instigation of tragedy in the “reality” half.  I say 'half' with reservation, because structurally, the film is 2/3-1/3, which makes it more stupendous that when it ends it feels like there is closure.

The intoxicating music by Angelo Badalamenti adds a sense of the unknown to the film, appearing to come from deep within the mystery that is Mulholland Dr., rather than as an aural accompaniment to its dreamscapes and nightmares.  There is a noirish quality to Lynch’s film that makes it visually captivating, and atmospherically dense.  There is also the feeling that all is not right in Hollywood, where the film is set, and in which it tries to satirize.

Even though Lynch gives us a shocking climax that concludes the film powerfully, in essence, it is still incomplete.  There is no ending really.  In fact, it is a pseudo-ending because Mulholland Dr. works like an endless cycle filled with Lynchian ambiguity and his brand of hallucinatory (in)sanity.  Each round brings one deeper into what seems like a bottomless abyss, raising questions on the temporality of reality and dreams, and the “reality” of imagination.  With Mulholland Dr., Lynch has made cryptic cinema his very own and an art form, and all the better for it.  This is the cinematic equivalent of the ultimate Rubik’s cube. 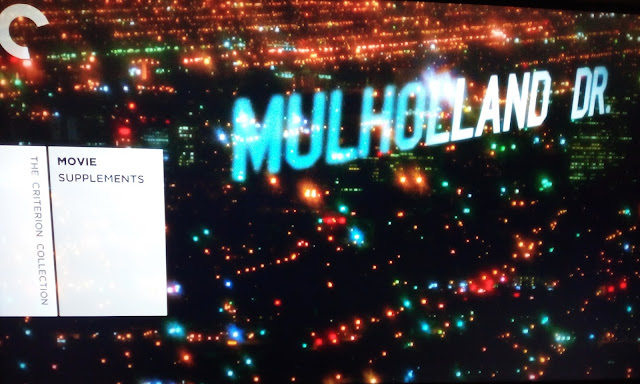